Writing “Give. Me. A. Break.,” Politico media writer Dylan Byers published a strong defense of Rolling Stone Magazine’s decision to publish a glamour shot of surviving Boston Marathon bomber, Dzokhar Tsarnaev, on its cover. Byers makes the point that “countless magazines over the years” have published covers with photos of America’s enemies. To back his point. Byers includes this photo, as though all four covers are the same:

While it is true these are magazine covers featuring America’s enemies, it is objectively true that there is only one cover that works overtime to turn its subject into a soulful pretty-boy staring right through you. The Tsarnaev cover would fit right in at Tiger Beat or any other teen hearthrob magazine. A blind man could pick out the oddball in Politico’s four examples.

One bit of proof that turns Politico’s theory on its head is that there was no organic backlash (that I’m aware of) against the other covers in Politico’s example.

Does Politico really want to argue that the Hitler/Manson/bin Laden covers inspired Rolling Stone more than this cover: 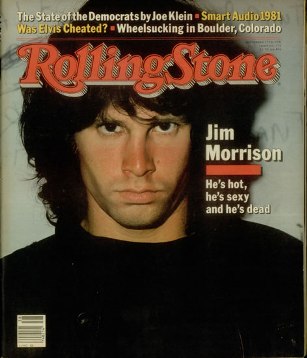 What is most troubling is that Politico is defending Rolling Stone’s biggest sin, which was to troll America for the publicity that comes with controversy, and to do so at the expense of the still raw Boston Marathon victims and their families.

My guess is that if Tsarnaev had blown up Politico’s headquarters, its staff might be more empathetic and less dismissive towards the reflexive revulsion thousands are feeling, including Boston’s mayor.

As I wrote in a previous piece, this kind of terrorist chic has, sadly, been around for decades in left-wing media outlets like Politico and Rolling Stone:

Terrorist chic has a long and disturbing history on the left. Che Guevara, the Weather Underground, and the likes of Barack Obama’s friend, domestic terrorist Bill Ayers, have all benefited and been rewarded by a left all-too willing to glamorize, forgive, and turn into icons those who target the innocent to further the anti-American/leftist cause.