I find the rush to exploit the tragedy of the Arizona shooting for political grandstanding sickening. Of course, if you’re at all aware of how the Paul Wellstone memorial service played out, you’re not surprised.

Congressman Grijalva was quick to blame Sarah Palin and the tea party in an interview with Mother Jones: 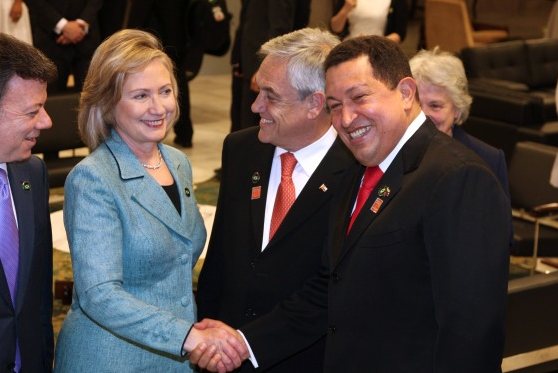 Asked whether the tea party right deserved to be singled out for particular blame, Grijalva assented:

[When] you stoke these flames, and you go to public meetings and you scream at the elected officials, you threaten them–you make us expendable you make us part of the cannon fodder. For a while, you’ve been feeding this hatred, this division…you feed it, you encourage it….Something’s going to happen. People are feeding this monster….Some of the extreme right wing has made demonization of elected officials their priority.

People went to townhalls to voice their concerns because elected officials purposefully ignored the people and the people have every right to voice their displeasure. Grijalva is attempting to sloppily make an analogy between the democratic process and violence which is irresponsible.

Demonization of public officials? No, let’s talk about the demonization of private individuals by their lawmakers who were elected to represent them, not ridicule them and compare them to Nazis:

Grijalva said that the Palin “apparatus” shares responsibility for creating a climate of extremism. “Both Gabby and I were targeted in the apparatus in that cycle [saying] these people are ‘enemies.'” He concluded: “The Palin express better look at their tone and their tenor.”

If Latinos sit out the election instead of saying, ‘We’re going to punish our enemies and we’re gonna reward our friends who stand with us on issues that are important to us,’ if they don’t see that kind of upsurge in voting in this election, then I think it’s going to be harder and that’s why I think it’s so important that people focus on voting on November 2. [my emphasis]

Mobster wisdom tells us never to bring a knife to a gun fight. But what does political wisdom say about bringing a gun to a knife fight?

That’s exactly what Barack Obama said he would do to counter Republican attacks “If they bring a knife to the fight, we bring a gun.”

Not once did Grijalva offer a word of condolence to the family of the victims, nor did he offer a word of prayer about Giffords’ surgery; as a leader he’s responsible for not inciting the people to further division and violence and his remarks were the absolute opposite of his responsibility as an elected leader.