Neuroscientist Matthew Schrag of Vanderbilt University set the world of Alzheimer’s research on fire by launching an investigation that discredited one of the key studies of the disease — a 2006 study upon which a great deal of subsequent research was based. Last Thursday, Science magazine blew the scandal into orbit by concluding that some of the visual evidence included in the 2006 study was deliberately doctored, an overture to what could be one of the worst cases of scientific fraud in history.

The landmark study was published in Nature by neuroscientist and University of Minnesota associate professor Sylvain Lesne in 2006. To make a very long and intricate story short, Lesne claimed to have isolated a protein that caused memory loss in rats by creating plaque deposits in their brains. 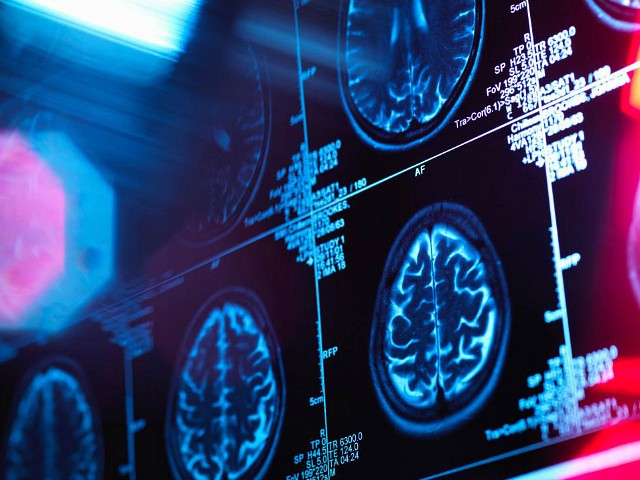 The discovery was tremendously exciting for Alzheimer’s families, support groups, and researchers, because with a possible cause for the terrible affliction isolated, effective treatment seemed possible. Lesne’s work seemingly confirmed a theory formulated years earlier, causing “a big splash at the time,” as University of Kentucky assistant dean of biomedicine Donna Wilcock told NBC News.

Dr. Schrag, a young neuroscientist and board-certified vascular neurologist who has studied the cognitive impairment caused by Alzheimer’s, entered the story in August 2021 when he joined the investigation of a Alzheimer’s drug called Simufilam.

The drug purportedly improved cognition in patients by repairing the protein isolated by Lesne, but attorneys hired by two neuroscientists who were shorting stock in Simufilam’s developer Cassava Sciences suspected the drug was promoted with “fraudulent” research. Schrag was hired by the investigation as an expert consultant because he previously expressed skepticism of similar drugs.

Schrag did indeed identify what Science described as “altered or duplicated images in dozens of journal articles” when he dug into Simufilam, but after duly relaying his findings to the National Institutes of Health (NIH), he kept going and found what he called “red flags” in the 2006 Lesne study that launched all of these protein treatments.

Science then launched its own six-month investigation, finding “strong support for Schrag’s suspicions” and bringing in a team of independent image analysis experts to confirm that hundreds of images provided in various Alzheimer’s studies, including over 70 in Lesne’s groundbreaking study, were apparently tampered with.

Schrag, whose participation in the debunking was kept private until Science published its bombshell report last week, was circumspect about alleging deliberate scientific fraud, but other analysts who spoke with Science were less reticent.

Wilcox thought some of the tampering was “shockingly blatant,” while molecular biologist Elisabeth Bik said key images were composites stitched together from “parts of photos from different experiments,” effectively permitting the researchers to manufacture false data that supported their hypotheses.

Alzheimer’s experts and support groups were outraged because the discredited studies might have wasted some $287 million in federal grants, plus 16 years of precious time.

“The immediate, obvious damage is wasted NIH funding and wasted thinking in the field because people are using these results as a starting point for their own experiments,” Nobel-laureate Stanford University neuroscientist Thomas Sudhof explained to Science.

Schrag, a home-schooled prodigy who began working with dementia patients as a teenager, made the interesting observation that “false ideas inserted into key nodes in our body of scientific knowledge” led many well-meaning and meticulous scientists to make false conclusions, or incorrectly doubt conclusions that seemed to contradict the false data.

“With this enigmatic, complex disease, even careful experiments done in good faith can fail to replicate, leading to dead ends and unexpected setbacks,” Science concurred, noting that Lesne’s Nature publication has been cited in “about 2300 scholarly articles” since 2006.

The Lesne revelations are all the more painful because so much Alzheimer’s research pointed to the very conclusion he claimed to deliver — at precisely the moment when skeptical scientists were calling the protein theories into question.

Skeptics complained of an “amyloid mafia,” so-named after the purported Alzheimer’s protein, that stymied other lines of research and monopolized funding, even though none of the drugs based on the apparently fraudulent study appeared to be effective, and some of them had unpleasant side effects.

Lesne seems to be avoiding comment to the media, but the co-author of the 2006 study, University of Minnesota neuroscientist Dr. Karen Ashe, told NBC News she wanted the landmark study to be retracted in its entirety based on Schrag’s revelations. Nature indicated two weeks ago it was aware of concerns about the article and promised an editorial response soon.

Ashe added that she still believes the amyloid-beta protein hypothesis may be valid, and expressed frustration that the paper she helped to write has misdirected so much subsequent research, including her own.

“Having worked for decades to understand the cause of Alzheimer disease, so that better treatments can be found for patients, it is devastating to discover that a co-worker may have misled me and the scientific community through the doctoring of images,” she said.

Other researchers said they were “speechless” at the allegations, and deeply concerned about the damage to the reputation of their field — or indeed to the scientific community at large, during a time of growing public distrust.

“It is neither new nor surprising that a small number of individuals in the sciences resort to fraudulent activity because the short-term gain, measured in research funding or career advancement, can be considerable,” Gerold Schmitt-Ulms of the University of Toronto’s Tanz Center for Research in Neurodegenerative Disease signed to Canada’s Global News on Wednesday.

The Atlantic elaborated on that state of affairs on Friday:

Science is an enterprise built on trust, and in general, scientists do not attribute to malice what could be equally well explained by ineptitude. Peer review is far from perfect, often failing utterly to do its job, and journals have a well-established bias toward publishing positive results. Errors in published works are legion, from errant inferences to inappropriate statistics. Voicing concerns over suspect results, however, is fraught with peril. Careers in academia are precarious, research communities can be small, and open criticism may garner enmity from colleagues who evaluate submitted papers and grant proposals. Scientists may even cite research they do not believe or trust, for the sake of appeasing publishers, funders, and potential reviewers.

The Atlantic noted that “most suspect work is left to fester in the literature” and “even retracted papers can haunt science from beyond the grave, accumulating citations long after their flows have been exposed.”

Adding these dismal statistics to honest mistakes yields a real crisis of confidence, at a time when the public is often told to “trust the science” without question, and political agendas are marketed as unimpeachable scientific truth.