Nearly six in ten Americans feel that democracy is threatened in the United States due to people being afraid to voice their opinions, and that 68 percent of Americans agree that people are overly sensitive and looking for ways to be offended, according to a new survey from the Foundation for Individual Rights in Education (FIRE).

The notion of “cancel culture” has become increasingly pervasive throughout the past few years, with 73 percent of respondents having heard the phrase. The concept involves people, brands, historical figures, and cultural works facing public repudiation by a woke mob that now considers them overtly offensive or “problematic.” 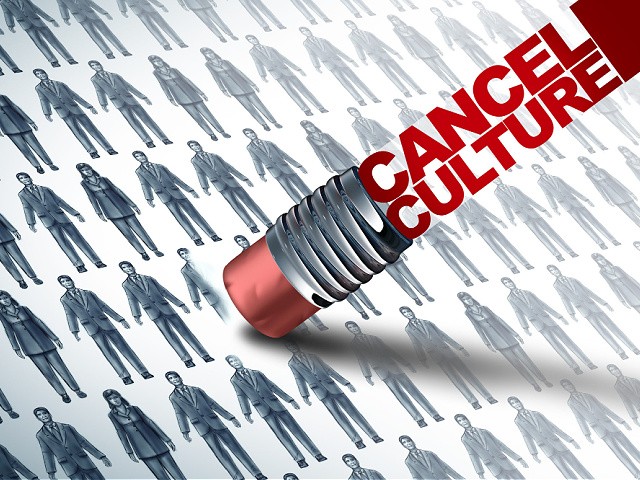 Among those familiar with the concept of cancel culture, almost 60 percent of them said that there is “a growing cancel culture that is a threat to our freedom,” according to the study, which surveyed 2,500 adult respondents.

The survey also found that effects associated with cancel culture have led to various levels of self-censorship and concern, FIRE said.

Nearly one-quarter of people surveyed are “fairly often” or “very often” afraid to state certain opinions for fear of losing their jobs or their standings in school, while 18 percent are “afraid to say what [they] believe” for fear of the potential consequences, the study found.

Moreover, eight percent admitted they often feel pressure to say things they don’t believe “in order to fit in.”

One especially consequential finding reveals that nearly three-quarters of respondents agreed that people can experience significant stress — to the point of even engaging in self-harm — due to public backlash against something they said.

“A lot of ink has been spilled debating cancel culture,” FIRE Vice President of Communications Nico Perrino said. “Do Americans see it as a serious cultural phenomenon? What’s its effect on free speech? We aimed to answer some of those questions with actual data. The verdict is in: Americans do see cancel culture as a significant cultural trend that has a real effect on the country’s free speech climate,” Perrino added.

Additionally, 68 percent of Americans agreed that people are overly sensitive and looking for things to find offensive.

“Cancel culture isn’t just about what gets said and then punished. It’s also about what never gets said for fear of punishment,” Perrino said. The chilling effect of self-censorship is real — and can have an alarming effect on how Americans communicate.”

But when respondents were asked if they would support behavior often associated with cancel culture — such as firing or de-platforming people who say things that are considered hateful — about 50 percent of them said they supported one or more of these actions.

Perrino, however, explained that “a relative uneasiness with defending ‘hateful’ expression is nothing new.”

“These findings may provide a rough ceiling of support for cancel culture behavior, which doesn’t always involve allegedly hateful expression,” he added. “But before would-be censors get too excited, they should also understand that what one considers ‘hateful’ frequently varies widely based on one’s political views.”

Overall, general support for free speech principles was widespread, FIRE said, noting that 83 percent said that democracy can only thrive if there is free speech, and that slightly more than half (51 percent) said silencing people’s opinions — even those considered extreme — threatens progress.