Higher education enrollment has fallen a further 2.7 percent in the fall of 2021 following a 2.5 percent drop in the preceding fall, according to new data published Thursday by the National Student Clearinghouse.

The data shows that continued enrollment losses during the pandemic represent a total two-year decline of 5.1 percent — or 938,000 students —since the fall of 2019.

Colleges and universities in the United States have seen a drop of nearly 500,000 undergraduate students in the fall of 2021 alone. When compared to the fall of 2019 — the last semester before changes were made in reaction to the coronavirus — undergraduate enrollment has fallen a total of 6.6 percent. 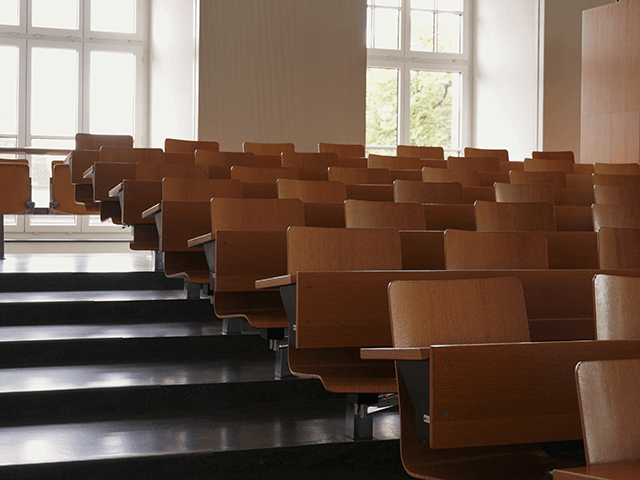 Doug Shapiro, who leads the research center at the National Student Clearinghouse, told NPR that this drop in enrollment represents the largest two-year decrease schools have seen in more than 50 years.

While enrollment at community colleges has plunged 13 percent over the course of the coronavirus pandemic, the fall 2021 numbers show that students at four-year colleges are now making up about half of the diminution among undergraduate students, notes NPR.

Shapiro says that these numbers could show “the beginning of a whole generation of students rethinking the value of college itself.”

“The phenomenon of students sitting out of college seems to be more widespread,” he added. “It’s not just the community colleges anymore.”

Some people believed that would-be undergraduate students were just choosing to take a year off in 2020, amid the coronavirus chaos — which forced students to take their classes online — but that they would return to college in 2021.

But the pandemic gap year now appears to be a myth, as the National Student Clearinghouse found that a mere 2 percent of the 2020 high school graduates who chose not to enroll in college after graduation ended up enrolling a year later, in the fall of 2021.

“The longer they stay away from college, you know, life starts to happen and it becomes harder and harder to start thinking about yourself going back into a classroom,” Shapiro said.

Valencia College in Orlando, Florida, for example, has waived application fees, extended deadlines, and allowed returning students to retake classes for free. The school even gave any student who failed a class they were forced to take online a $500 scholarship to come back and take another class in person.