Another big name in pro-golf is said to be jumping the PGA ship and headed to the new LIV Golf league, according to reports.

Two-time Masters winner Bubba Watson is set to become the sixth Masters champion to ditch the PGA Tour and join the Saudi-Backed LIV Golf. And it is reported that he will earn more than $40 million in guaranteed money, the New York Post reported.

The paper adds that the 43-year-old Watson will join Masters champs Phil Mickelson — who won three Green Jackets — and Sergio Garcia, Patrick Reed, Charl Schwartzel, and Dustin Johnson, each of who won the Masters once. 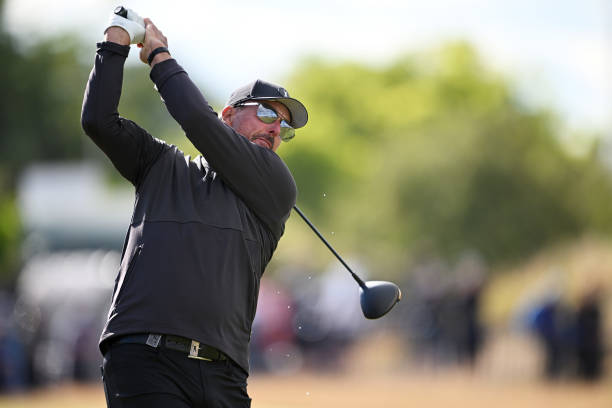 Phil Mickelson of the United States plays his shot from the 18th tee during Day Two of The 150th Open at St Andrews Old Course on July 15, 2022, in St Andrews, Scotland. (Stuart Franklin/R&A via Getty Images)

The official announcement has not been made, but insiders say Watson is already entered to play the next LIV event in September and will even become a team captain of one of the new league’s 12 teams by next year.

Watson, who is ranked 86 in the PGA’s standings, has not played much this year, having suffered a torn meniscus, and has skipped two major championships in 2022. 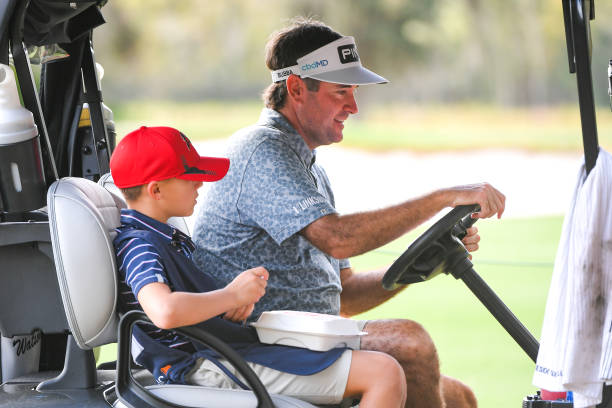 Bubba Watson and his son Caleb Watson ride in a golf cart together during the PGA TOUR Champions Thursday Pro-am at PNC Championship at Ritz-Carlton Golf Club on December 16, 2021, in Orlando, Florida. (Ben Jared/PGA TOUR via Getty Images)

Watson may have signaled his interest in LIV back in February when he claimed that the Saudi’s had been slowly making moves to improve human rights in the Kingdom.

“They started with women’s golf, started supporting the women’s golf [through a series of events on the Ladies European Tour] and then they started supporting men’s golf,” Watson said at the time. “There’s women’s tournaments already that they sponsor. [They’re] trying to grow the game. They’re trying to change industry over there, bring golf, bring tourism to Saudi Arabia with the beautiful beaches that they already have.”

Watson added, “It will be interesting to go over there and play, but also see the beauty of other parts of the world that God’s created,’’ adding, “I can’t wait to get over there.”