HOUSTON (AP) — Houston Texans rookie wide receiver John Metchie III announced Sunday that he has been diagnosed with a form of leukemia.

In a statement posted on the Texans’ Twitter account, Metchie says he is getting treatment for acute promyelocytic leukemia, “the most curable form,” and expects “to make a recovery at a later point in time.”

“As a result of this diagnosis, I will likely not be playing football this season,” Metchie said. “My main focus will be on my health and recovery. … I cannot wait to come back stronger than ever.” 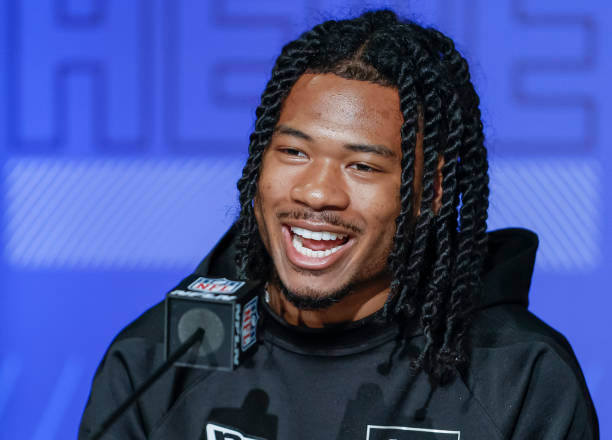 John Metchie #WO18 of the Alabama Crimson Tide speaks to reporters during the NFL Draft Combine at the Indiana Convention Center on March 2, 2022, in Indianapolis, Indiana. (Michael Hickey/Getty Images)

Metchie went 44th in the first round of this year’s NFL draft out of Alabama, where he had 96 receptions for 1,142 yards and eight touchdowns last season for the Crimson Tide. He tore his left ACL during the SEC Conference Championship game. In 2020, he had 55 receptions for 916 yards.