The St. Louis Cardinals will be missing two All-Stars in this week’s series against the Toronto Blue Jays because Nolan Arenado and Paul Goldschmidt refuse to take the coronavirus vaccine in order to enter Canada.

Arenado, Goldschmidt, and catcher Austin Romine have refused to take any of the various vaccines, so that excludes them from being able to enter Canada under that country’s travel restrictions, ESPN reported. 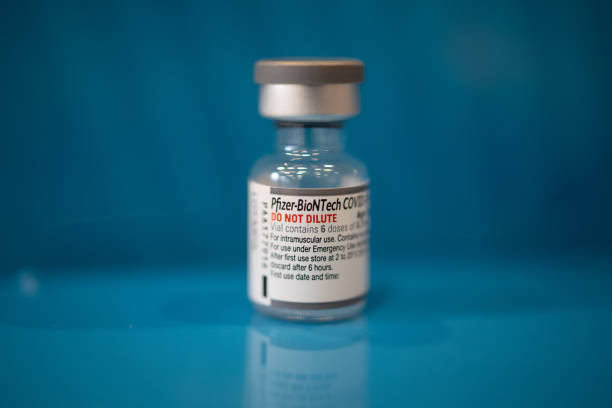 A vial of the Pfizer-BioNTech Covid-19 vaccine at a clinic inside Trinity Evangelic Lutheran Church in Lansdale, Pennsylvania, U.S, on Tuesday, Apr. 5, 2022. (Hannah Beier/Bloomberg via Getty Images)

“Arenado will lose $384,416, Goldschmidt $241,758 and Romine $10,989,” ESPN reported. “All three players will be placed on the restricted list and will not be paid or accrue major league service time for the two games, according to a March agreement between Major League Baseball and the players’ association.”

The loss of Arenado and Goldschmidt is not insignificant for the Cardinals.

Two weeks ago, the Philadelphia Phillies faced a similar situation when several unvaccinated players had to skip the team’s trip to Toronto. 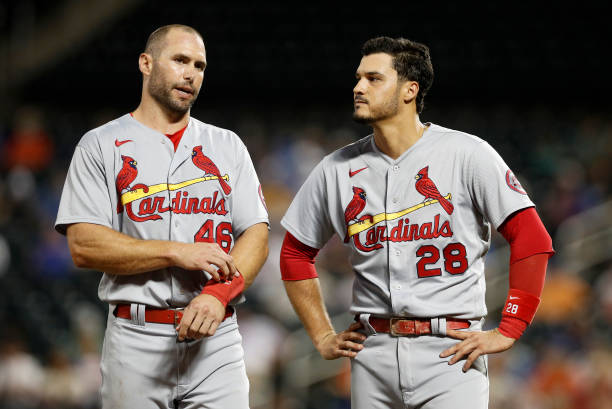 Paul Goldschmidt #46 and Nolan Arenado #28 of the St. Louis Cardinals look on after the first inning against the New York Mets at Citi Field on September 14, 2021, in New York City. The Cardinals defeated the Mets 7-6 in eleven innings. (Jim McIsaac/Getty Images)

The left-wing sports media took the occasion to lambast Phillies catcher J.T. Realmuto for his refusal to take a vaccine.

Players who skip games in Canada are docked upwards of $300,000 or more, depending on their salaries.