ESPN’s ESPY Awards show aired during its traditional mid-week July date this year for the first time since 2019, but the show collapsed in the ratings, earning 34 percent fewer viewers than it did in 2019.

The awards show, which was returned to its mid-July Wednesday slot for the first time in three years, averaged only 2.5 million viewers on Wednesday, far below the 3.8 million it earned in 2019, Outkick reported.

This year, the show awarded notorious anthem-protester and trans activist Megan Rapinoe the award for “Best Play.” An award title that suggests ESPN is likely just making things up at this point. 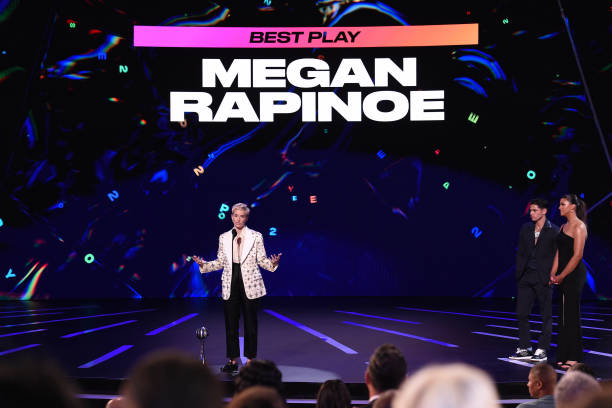 The 2022 ESPYS Presented by Capital One is hosted by NBA superstar Stephen Curry. The ESPYS broadcasted live on ABC Wednesday, July 20, from The Dolby Theatre in Los Angeles. (ABC via Getty Images)

In addition, the Disney-owned sports network chose to please their Chinese benefactors by bestowing the “Best Breakthrough Athlete” award on Eileen Gu, the California native who snubbed Team USA and chose to win Gold for China. 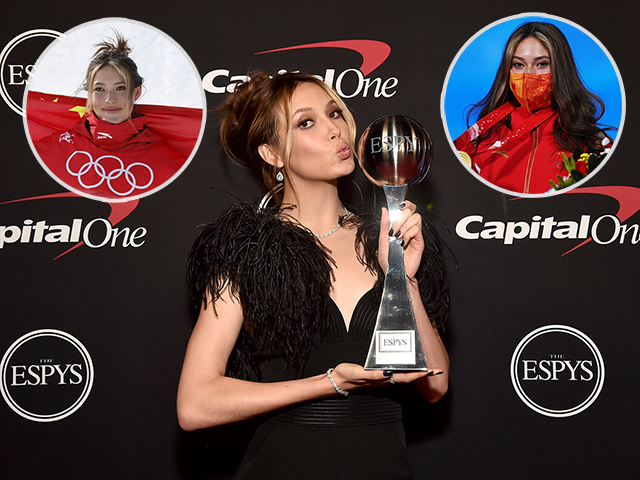 The show was aired on Saturdays over the last two years and fared even worse in the ratings than this year. The decision to air the show on a summer Saturday hurt the broadcast something fierce.

In 2020, the ESPYs crashed by 81 percent over the previous year. And it got worse in 2021 with ratings 90 percent lower than 2015 when Caitlyn Jenner won the network’s woke “Courage” award.

But if ESPN thought returning the show to its mid-week slot would help bump up the viewers, they only saw a marginal uptick and it was still nowhere near what it was only three years ago.

Ratings have continued to plummet for the ESPYs since it went full woke in 2015:

A marginal increase this year of one million viewers is still nearly 70 percent off where it was only seven years ago.