Socialist Sen. Bernie Sanders (I-VT) came out in support of the Los Angeles Dodgers concession workers threatening to strike ahead of the All-Star Game.

In a tweet on Tuesday, Sanders said that Dodgers concession workers should be given a fair union contract and chastised the team owners and players for their elaborately high salaries.

The Dodger Stadium concession workers have threatened to strike ahead of the upcoming All-Star Game, citing unfair treatment. The concession workers are part of Unite Here Local 11 union and are employed by the Chicago-based company Levy Restaurants.  According to ESPN, the company employs “nearly 1,500 food servers, bartenders, suite attendants, cooks and dishwashers at Dodger Stadium.”

Unite Here Local 11 did not cite any specifics in their demands, saying only that concession workers are “seeking to negotiate a fair new union contract” after a reported “99%” of workers voted in favor of the strike. 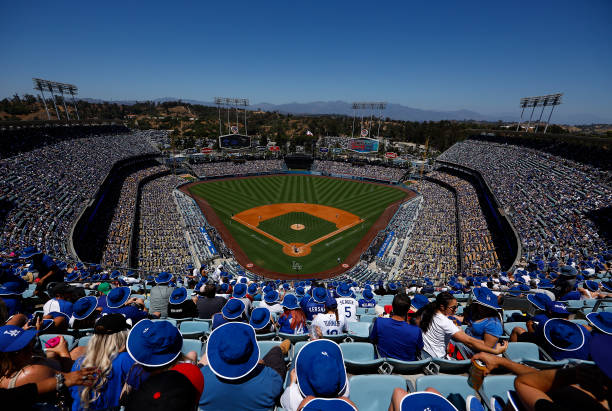 A general view of play between the Cleveland Guardians and the Los Angeles Dodgers in the first inning at Dodger Stadium on June 19, 2022, in Los Angeles, California. (Ronald Martinez/Getty Images)

“Stadium workers are proud of the role they play to bring fans the best game experience possible,” Unite Here Local 11 co-president Susan Minato wrote in a statement. “They are the backbone of our tourism and sports industry, yet many struggle to stay housed and to make ends meet.”

“They often live with economic uncertainty because the quality of jobs vary stadium to stadium. No worker should have to continue living like this,” added Minato.

The Major League Baseball Players Association said it supports the concession workers, calling them a “vital yet underappreciated part” of baseball.

“Like thousands of ballpark workers across the country, Local 11’s members are a vital yet underappreciated part of what makes our game great. They deserve to be treated fairly and will continue to have the 1,200 members of the MLBPA behind them,” the union said.