NBA Commissioner Adam Silver announced this week that his league lost “hundreds of millions” after Chinese TV outlets imposed a television blackout on all NBA games following Daryl Morey’s tweet in support of the pro-democracy movement in Hong Kong in 2019.

Morey, then the General Manager of the Houston Rockets, wrote in October of 2019, “Fight for Freedom. Stand with Hong Kong.” The tweet was posted at a time when demonstrators in Hong Kong were protesting China’s ever-tightening grip on free speech rights in the former British colony.

Those two simple sentences drew Beijing’s immediate and harsh reaction as the country immediately canceled all NBA programming on CCTV. The communist nation only recently rescinded the blackout restrictions in March, when they began showing NBA games again. Though, as Silver told reporters on Thursday, the 18-month blackout succeeded in costing the league “hundreds of millions of dollars.”

Silver also trumpeted the league’s willingness to suffer financial loss while speaking out in favor of free speech.

“Others since then have spoken out about their views around China and other places in the world, and if the consequences are that we’re taken off the air or we lose money, we accept that,” Silver told reporters, according to Reuters.

However, it’s important to note that Silver’s “pay any cost” in the cause of freedom routine that he’s performing now stands in stark contrast to the league’s stance 18-months ago as the league was trying to repair relations with its Chinese business partners.

LeBron James himself, the face of the league, said in plain English that there were “negatives” to having free speech:

LeBron James rips Daryl Morey, says Morey was uneducated. Says, “We do have freedom of speech, but there can be a lot of negatives that come with that too.” Really. pic.twitter.com/ZTw6a3FZ5n

And yes, while many have spoken out against China’s human rights violations at home and their oppression of pro-democracy and speech movements abroad, the NBA is more beholden to China than any other American sport. The league,  perhaps, is more beholden to China than any sport has ever been beholden to a foreign power in the history of sports or foreign powers. Yet, they have done nothing but increase their financial commitments to the communist nation over the last 18 months.

In January, Golden State Warriors Co-Owner Chamath Palihapitiya said that “nobody cares” about China’s enslavement of its Uyghur population.

“Nobody cares about what’s happening to the Uyghurs, okay,” Palihapitiya said on the All-In podcast. “You bring it up because you care and I think it’s nice that you care. The rest of us don’t care. I’m just telling you a very hard, ugly truth. Of all the things that I care about, yes, it is below my line.” 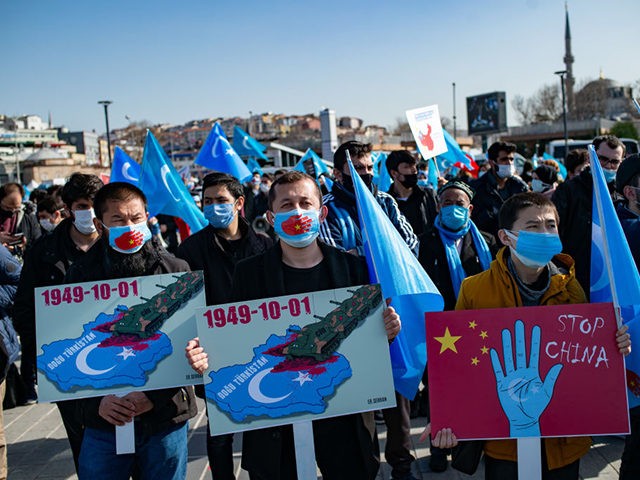 Palihapitiya would later walk the comments back, but there was no significant fallout from the league.

Perhaps Dallas Mavericks Owner Mark Cuban summed up the league’s stance on China best when he said that he was “against human rights violations” but that the league had to “pick its battles.”

“I personally put a priority on domestic issues,” Cuban said on a podcast in 2020. “I’m against human rights violations around the world.”

Strange that this focus on “domestic issues” would come into play when the league’s most significant business partner – China – is at issue. The league didn’t seem to have such a stringent focus on domestic issues when it allowed teams to make several statements decrying the war in Ukraine.

But then again, the NBA doesn’t make nearly as much money off Ukraine.

So, Silver’s after the fact grandstanding about suffering the financial cost for free speech is worth as much as any social justice messaging from his league, which is to say it is worth nothing.