In a video posted to Twitter, Roy slammed Saban as completely uninformed about election laws for his support of the Democrat’s attempt to take over federal elections and for their misuse of terms to cover their scheme.

“They use that term on purpose, ‘voting rights,’ because who could possibly be against voting rights?” Congressman Roy began. “For example, allow me to quote from acclaimed election history and law experts Jerry West, Nick Saban, Paul Tagliabue and company, quote, ‘in the last year, some 20 states have enacted dozens of laws that restrict voting access and allow local officials or state legislatures to interfere inappropriately with federal election outcomes, motivated by the unanticipated outcomes of recent close elections conducted with integrity,’ they say, ‘these state laws seek to secure partisan advantage by eliminating reliable practices with proven safeguards and substituting practices ripe for manipulation.’

“No doubt these famed election law experts spent the weekend reading the federal legislation for which they were lobbying, because, I mean, I got the 700-page bill at 11:30 last Thursday night before voting on it on Friday,” Roy added sarcastically. “I assume they read it thoroughly over the weekend as my staff stayed up into the middle of the night doing to actually see what was in the bill. I assumed too, that they know, for example, that the bill would lead to completely outlawing or eliminating voter identification.

“Do they know that four in five Americans, 80 percent, support requiring voters to show photo identification in order to cast a ballot?” Roy asked. “I know my colleagues are sure fine with everybody having to show a voter identification with vax cards all across this country, including the nation’s capital.”

“Do they know that Delaware and Connecticut require a photo or non-photo ID?” Roy concluded. “And more, I’m certain that they have studied the intricacies of Texas law before disparaging it. I’m sure they spent time looking at that. Or, say, studied the Georgia election law, at least a little better than studying the University of Georgia’s, say, defense. Do they know that Georgia has 17 days of early voting and that President Biden’s home state of Delaware only has ten dates? Are we looking at Delaware?” 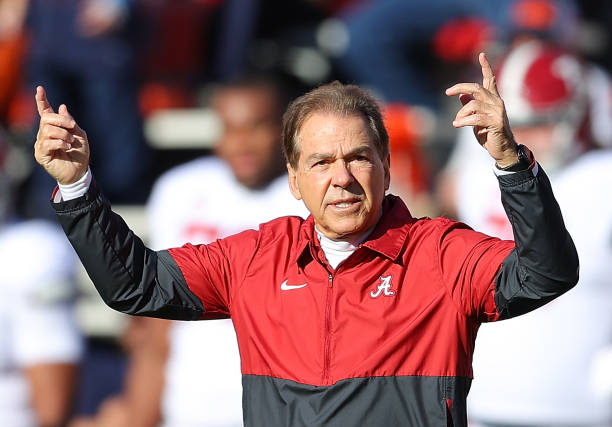 Two weeks ago, Saban’s Crimson Tide lost to the University of Georgia Bulldogs in the College Football Playoff National Championship.