MMA Weekly asked White about a left-wing censorship campaign targeting Joe Rogan under the auspices of “misinformation” involving an “open letter” from assorted medical professionals and academic calling on Spotify, the distributor or Rogan’s eponymous podcast, to “take action” against what they described as “mass-misinformation” which is “medically and culturally dangerous.”

MMA Weekly asked, “I was wondering what your thoughts were with the 200-plus doctors trying to put pressure on Spotify saying that Joe’s a menace.”

White replied, “Are they really? Well how about this, ever since I came out and said what I did, It’s almost impossible now to get monoclonal antibodies. They’re making it so you can’t get them — medicine that absolutely works, they’re keeping from us. I don’t want to get too political and start getting into all this shit, but ivermectin and monoclonal antibodies have been around for a long time. Now, all of a sudden, you can’t dig them up to save your life. The doctors won’t give them to you.”

White said that since he, Rogan, and other “went crazy talking about” monoclonal antibodies, “you can’t get those things to save your life, now, literally.”

MMA Weekly asked about broad censorship of information regarding coronavirus treatments, “Are you surprised at the backlash that people don’t even want to allow you to discuss options and pre-treatment?” 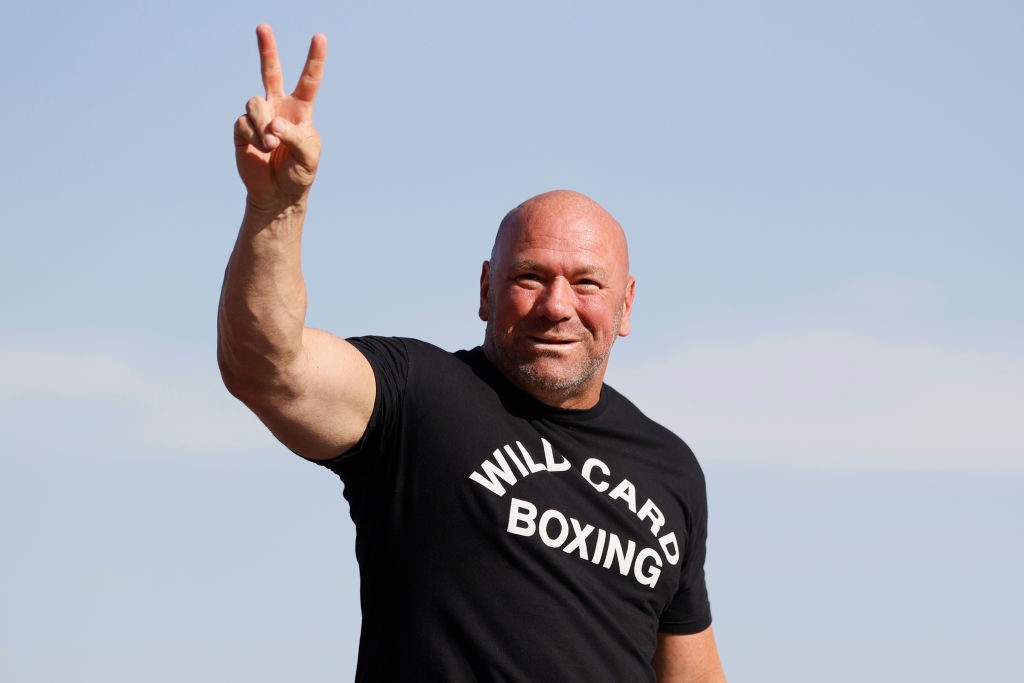 “It’s disgusting,” White replied. “It’s one of the craziest things that I’ve ever witnessed in my life.”

The White House has acknowledged its rationing of monoclonal antibody treatments for COVID-19 patients in the context of “equity,” a term regularly used by the Biden administration and Democrats to refer to state-directed “equitable” distribution of resources along its definition of racial lines.

Just as we’ve done with vaccines and monoclonal antibody treatments, we will ensure equity is at the center of antiviral distribution, “White House Coronavirus Response Coordinator Jeffrey Zients said during a virtual pres briefing on December 22, 2021.

“We are not only urging states to ensure equity in their own distribution plans, but we are also distributing antivirals directly to community health centers across the country.”