“Like computers, the data and applications on cell phones are subject to malicious intrusion, infection, and data compromise,” the US Olympics group told American athletes in a recent advisory memo, USA Today reported.

In its advisory, Team USA warned athletes about “Chinese surveillance during the Games.”

Team USA is not the only country to begin warning athletes to leave personal computing devices behind when they go to Beijing for the coming games. Along with the U.S., the Dutch Olympic Committee, the British Olympic Association, Canada’s, and the Australian Olympic Committee similarly warned their countrymen about China’s electronic spying. 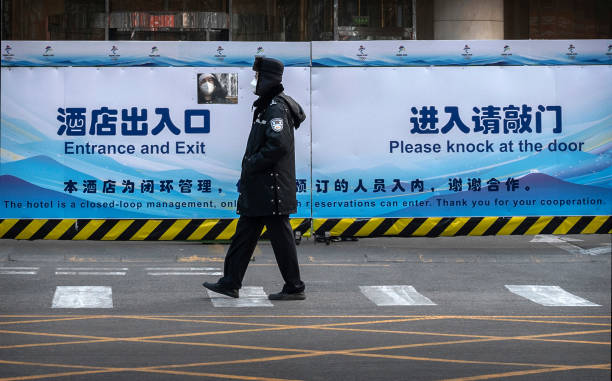 BEIJING, CHINA -JANUARY 14: A man looks through a window in a fence as a security guard walks in front of a fenced-in hotel being used as part of the closed-loop management for people who have arrived for the Beijing 2022 Winter Olympics and Paralympics on January 14, 2022, in Beijing, China. (Photo by Kevin Frayer/Getty Images)

Canada warned competitors to be “extra diligent” about their personal information.

“We’ve reminded all Team Canada members that the Olympic Games present a unique opportunity for cybercrime,” the Canadian Olympic Committee told athletes, “and recommended that they be extra diligent at Games, including considering leaving personal devices at home, limiting personal information stored on devices brought to the Games, and to practice good cyber-hygiene at all times.”

Indeed, Chinese authorities are entirely open about collecting information about the athletes when they get to the communist nation. 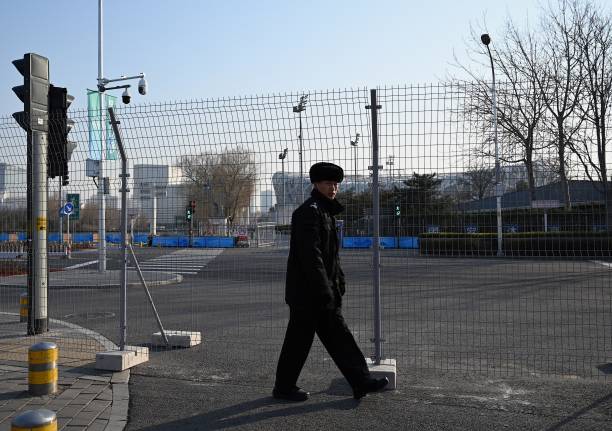 A security guard walks along fencing set up at the Beijing Olympic Park on January 4, 2022, in Beijing, host to the 2022 Winter Olympic Games in one month’s time on February 4. (Photo by NOEL CELIS/AFP via Getty Images)

“Personal information collected by Beijing 2022 will not be disclosed unless the disclosure is necessary,” the Chinese Olympic authorities brazenly exclaimed. “Information of accredited media representatives will only be used for purposes related to the Olympic and Paralympic Winter Games.”

But there is the rub. By whose definition of when “disclosure is necessary” will they observe?