Workers have removed the iconic Theodore Roosevelt statue that had stood in front of the American Museum of Natural History in Manhattan since 1940.

The bronze monument depicts Roosevelt on horseback with an African man and Native American man – both on foot- by his side. “It has been criticized by some as a symbol of colonialism and racism,” according to Reuters.

The statue of Teddy Roosevelt has been removed from the Natural History Museum in New York City. Left-wing activists said the statue was racist. Video by @ScooterCasterNY: pic.twitter.com/N8EcbwrbVq

The statue depicting the 26th President of the United States was taken down on Wednesday, the outlet reports. It will be relocated to the Theodore Roosevelt Presidential Library in Medora, North Dakota, scheduled to open in 2026, Breitbart News previously reported. 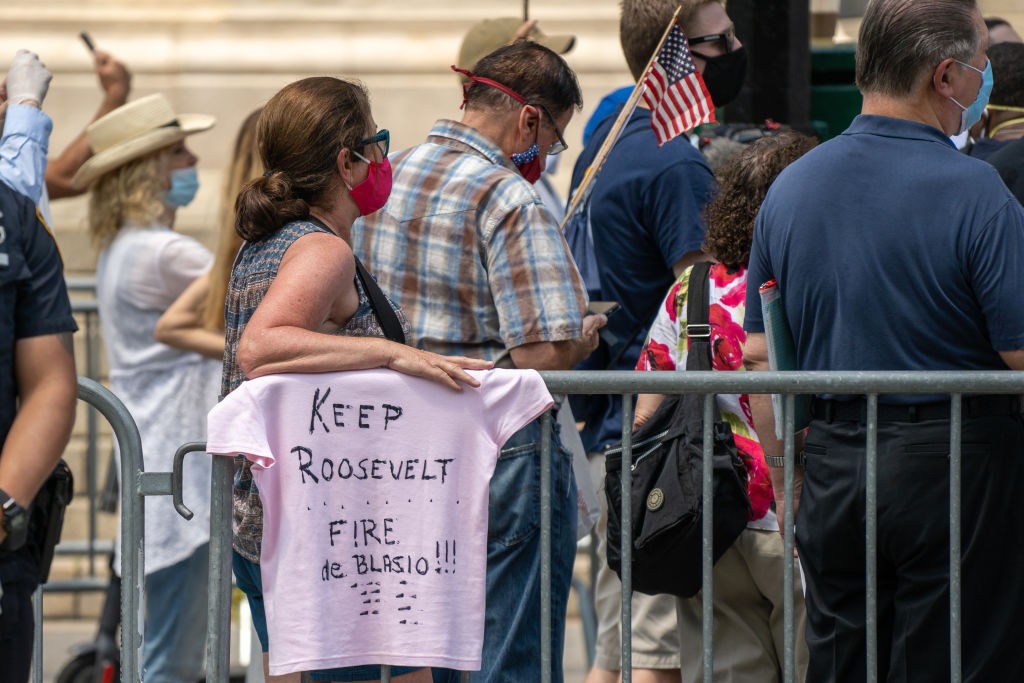 A rally lead by the New York Young Republican Club calls for the Equestrian Statue of Theodore Roosevelt to remain in place on June 28, 2020 in New York City. (David Dee Delgado/Getty Images)

Museum officials spoke of removing the statue in June 2020 on the heels of nationwide protests over the death of George Floyd, according to previous reporting by Breitbart News:

“Over the last few weeks, our museum community has been profoundly moved by the ever-widening movement for racial justice that has emerged after the killing of George Floyd,” the museum’s president, Ellen V. Futter, told the New York Times. “We have watched as the attention of the world and the country has increasingly turned to statues as powerful and hurtful symbols of systemic racism.”

“Simply put,” Futter added, “the time has come to move it.” 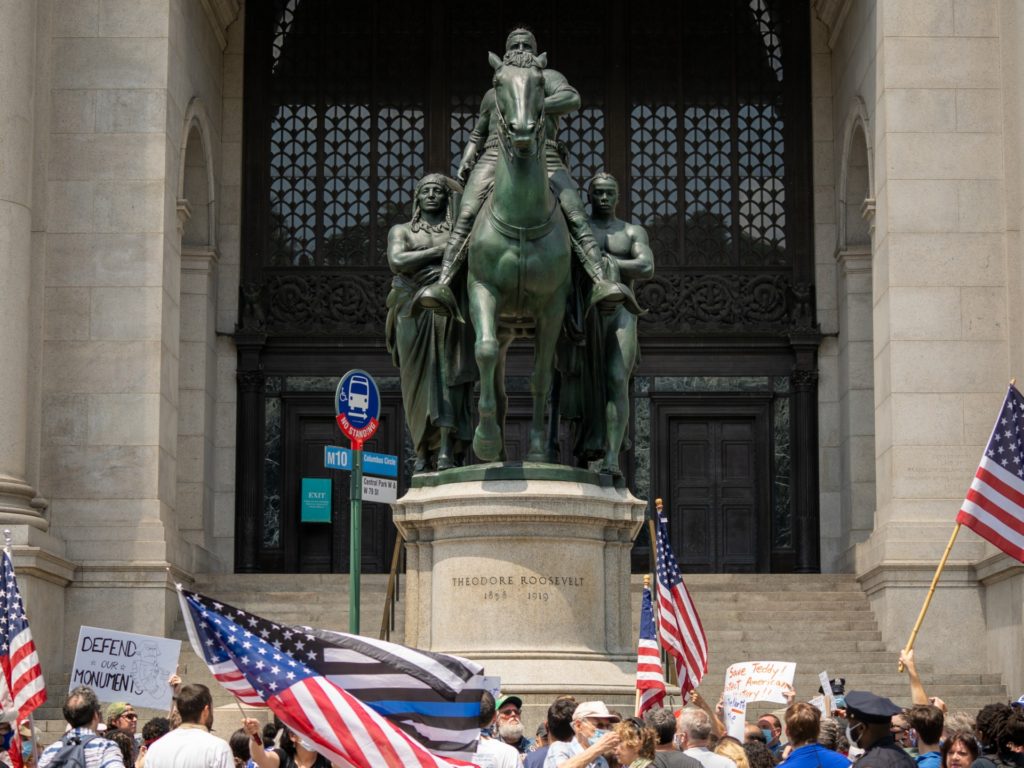 A rally lead by the New York Young Republican Club calls for the Equestrian Statue of Theodore Roosevelt to remain in place on June 28, 2020 in New York City. (David Dee Delgado/Getty Images)

Sam Biederman, with the New York City Parks Department, asserted that although the monument “was not erected with malice of intent,” its composition “supports a thematic framework of colonization and racism.”

On November 19, 2021, the Theodore Roosevelt Presidential Library Foundation announced in a release that it “entered into an agreement with the City of New York for the long-term loan and reconsideration of the Equestrian Statue.”

The board of the TR Library believes the Equestrian Statue is problematic in its composition. Moreover, its current location denies passersby consent and context. The agreement with the City allows the TR Library to relocate the statue for storage while considering a display that would enable it to serve as an important tool to study the nation’s past. With the support of members of the Roosevelt family, the TR Library will establish an Advisory Council composed of representatives of the Indigenous Tribal and Black communities, historians, scholars, and artists to guide the recontextualization of the statue.

The Board of Trustees for the New York State Roosevelt Memorial commissioned the monument in 1929, the release states. It was designed by James Earle Fraser and was placed in front of the Manhattan museum in 1940.