She was in, she was out, and now she’s back in again. Confused yet? In a last-minute change of mind, White House communications director Kate Bedingfield has reversed her decision to leave her job.

Bedingfield had previously said she would step down at the end of July after years advising President Joe Biden, serving him as communications director when he was vice president.

She also joined Biden’s 2020 campaign as the deputy campaign manager and director of communications.

But this week, UPI reports she backflipped under pressure to reconsider from Biden and Chief of Staff Ron Klain.

“After much thought, discussion and reflection, I’ve decided to stay,” Bedingfield emailed colleagues on Friday, as reported by CNN and the New York Times. “I’m not done here and there is so much more good work to do with all of you.

She continued: “I couldn’t be happier and more excited about this awesome — if admittedly last-minute! — development. The work is too important and too energizing and I have a lot of gas left in the tank.”

“Without Kate Bedingfield’s talent and tenacity, Donald Trump might still be in the White House, the Rescue Plan and the Infrastructure Law might still be unrealized goals, and Ketanji Brown Jackson might not be sitting on the Supreme Court,” Klain said in a statement. 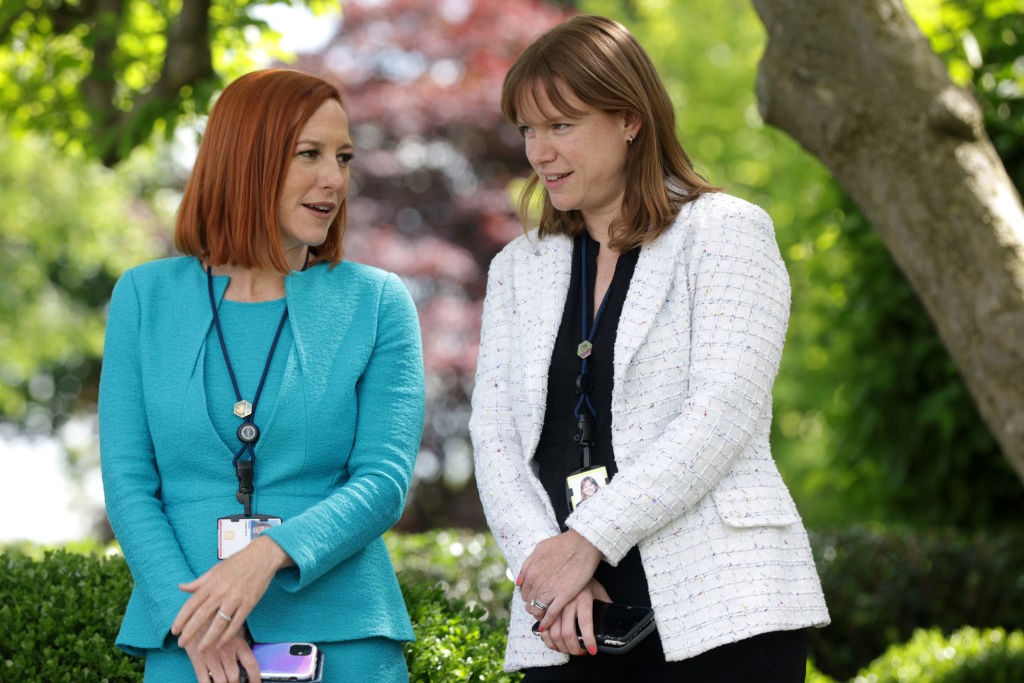 Praise for Bedingfield defied her performance when Biden was vice president and she served as his point person on the issue of Hunter Biden’s corrupt ties to the Ukrainian energy company Burisma.

She notably forcefully lied about the authenticity of Hunter Biden’s laptop during the 2020 campaign.

Questions about Hunter Biden’s corruption, she argued before a presidential debate, were only “amplifying Russian misinformation.”