On August 2, Kansans will head to the polls to vote in the primary election. This primary election is important not only because we get to choose who will represent our parties in the upcoming November election, but also because the Value Them Both Amendment will be on the ballot as well. If passed, this amendment would “affirm there is no Kansas constitutional right to abortion or to require the government funding of abortion.”

This is an issue that my family and I understand all too well. After enduring family hardships and abusive relationships, my mother was sexually assaulted which resulted in pregnancy. She, with little to no support from those who were closest to her, was being pressured to have an abortion. Instead, my mother courageously chose life for her first son against all odds and despite the circumstances. Though the situation was not ideal, she understood the value of the life and the weight of the decision she had to make. Later, my mother found herself in a loveless abusive marriage while pregnant with her third child. She chose again to bring this child into the world against the advice of others, to give him an opportunity that many others would not be lucky enough to receive.

Before her passing, my beloved mother revealed that the third child was me. If she had listened to what the world wanted her to believe, I would not be here today. I am a living testimony of what can come from a woman’s unyielding commitment to loving her child against all odds. There are many stories like mine, and unfortunately, there are many more stories that are never heard. 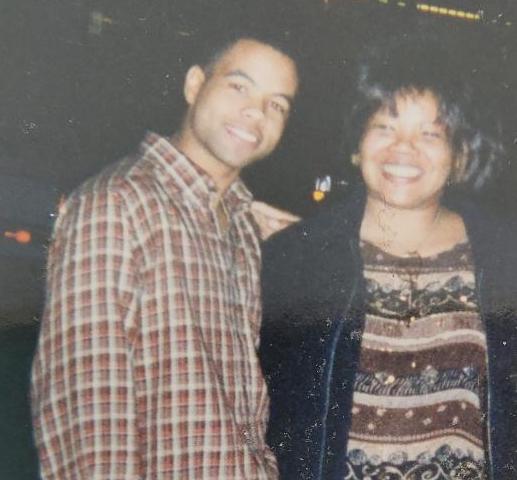 In 2019, the Kansas Supreme Court ruled that the Kansas Constitution protects a nearly unlimited right to abortion. This ruling is not only incorrect, but it is completely out of line with the thinking of most of the state and the country. A majority of Americans believe the most vulnerable in our society should be protected and support pro-life policies, with 71 percent wanting some sort of restriction on abortions. According to an AP-NORC poll, most Americans believe abortion should be restricted after the first trimester. Additionally, abortion providers like Planned Parenthood target minority communities, and Black women are disproportionately affected by this. Approximately 79 percent of Planned Parenthood’s clinics are located in minority communities, and abortion is the leading cause of death among African Americans if we factor in all of the lost lives of these unborn Black children due to abortion. The abortion industry has had detrimental effects on Black communities. Life is precious and worth defending, which is why it is crucial to vote for and pass the Value Them Both Amendment.

In the true fashion of democracy, the Value Them Both Amendment would give power back to the citizens of Kansas, allowing their elected representatives to pass common-sense legislation. Instead of all the power and control being held in the courts, the people would be in control, just as it should be. Value Them Both would also protect taxpayers’ money from being used to fund abortions, which is in line with what more than half of Americans believe. Fifty-four percent of Americans oppose using tax dollars to fund abortion. As Kansans, we should support protecting the fundamental right to life and oppose the current ruling which does not represent the values of Kansas.

Unlimited and unregulated abortions hurt not only children but women as well. Valuing both the mother and the child is what we as Kansans believe in. I am a living and breathing testament to what can happen when both mothers and children are valued. This is our time as Kansans to come together to protect the most foundational of freedoms, the right to life itself.

We need to protect the unborn, trust women in Kansas, respect the people of Kansas, and give a voice back to the voters by passing the Value Them Both Amendment on August 2.

Patrick Penn represents District 85 in the Kansas House of Representatives.