Former President Trump-endorsed candidates are in the lead in Arizona just days before the Republican primary, according to a poll.

Senate candidate Blake Masters, along with candidates for governor Kari Lake and candidate for secretary of state Mark Finchem, have all been endorsed by Trump and have taken the lead in their respective races, the polling data found. The Arizona GOP primary will take place on August 2. 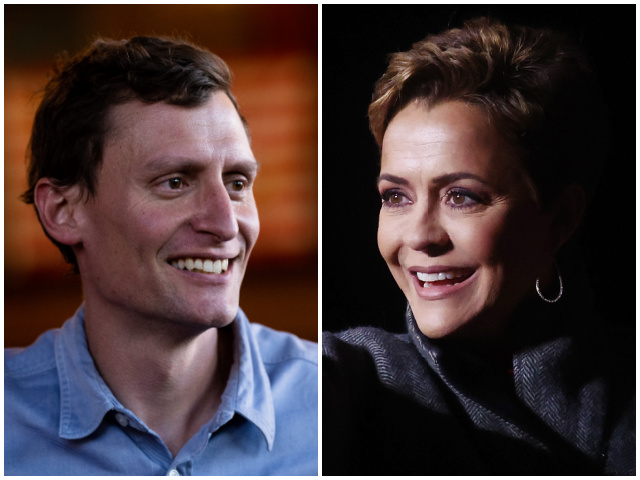 The telephone poll, conducted by Rasmussen Reports and Arizona Rock Products Association, found that Blake Masters is ahead in his race with a commanding lead.

Gubernatorial candidates Paola Tulliani-Zen sits at 4% and Scott Neely at 3%. Another 5% would vote for some other candidate, while 11% remain undecided.

Mark Finchem, the Trump-backed candidate for secretary of state, leads his opponent, Beau Lane, with the two candidates polling at 27% and 16%, respectively, while State Sen. Michelle Ugenti-Rita polls at 12%, and State Rep. Shawnna Bolick polls at 11%. Meanwhile, 10% of likely Arizona GOP primary voters prefer some other candidate, and 25% are undecided.

The Rasmussen report notes that “the leads for candidates endorsed by Trump is not surprising, given that 75% of likely Arizona GOP primary voters surveyed said they voted for Trump in 2020.”

The survey was conducted on July 27 and 28 and has a sample size of 710 likely Arizona Republican primary voters. It has a margin of error of plus or minus 4%.

Spencer Lindquist is a reporter for Breitbart News. Follow him on Twitter @SpencerLndqst and reach out at [email protected]