A September date has been set for Barack Obama’s commemorative portrait to be unveiled at the White House in a ceremony hosted by his former No. 2, President Joe Biden.

Details were announced Thursday and AP reports portraits of the former president and Michelle Obama will be presented in the East Room, as is traditional, on Sept. 7, White House press secretary Karine Jean-Pierre said.

The official White House portraits are separate from the National Portrait Gallery paintings the Obamas revealed in 2018.  As Breitbart News reported, those drew equal measures of applause and ridicule from the public.

On that occasion the former president was painted by controversial artist Kehinde Wiley, who captured the president posed while seated, with no necktie, on a wooden chair amidst green leaves and flowers.

Mrs. Obama was painted by Amy Sherald, who chose to surround her subject with a plain blue background. 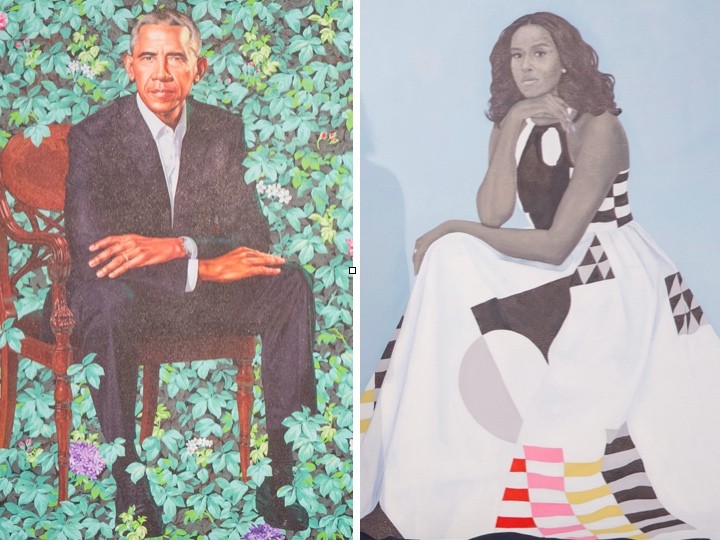 The former president also congratulated Amy Sherald for painting his wife’s image, saying, “Amy, I want to thank you for so spectacularly capturing the grace and beauty and the intelligence and charm and hotness of the woman that I love.”

The previous White House portrait unveiling was a decade ago, in 2012, when former President George W. Bush and former first lady Laura Bush were welcomed back to be honored for their dedication to the nation, AP reports.

Bush said he was thrilled and joked, “I am also pleased, Mr. President, that when you are wandering these halls as you wrestle with tough decisions, you will now be able to gaze at this portrait and ask, what would George do?” 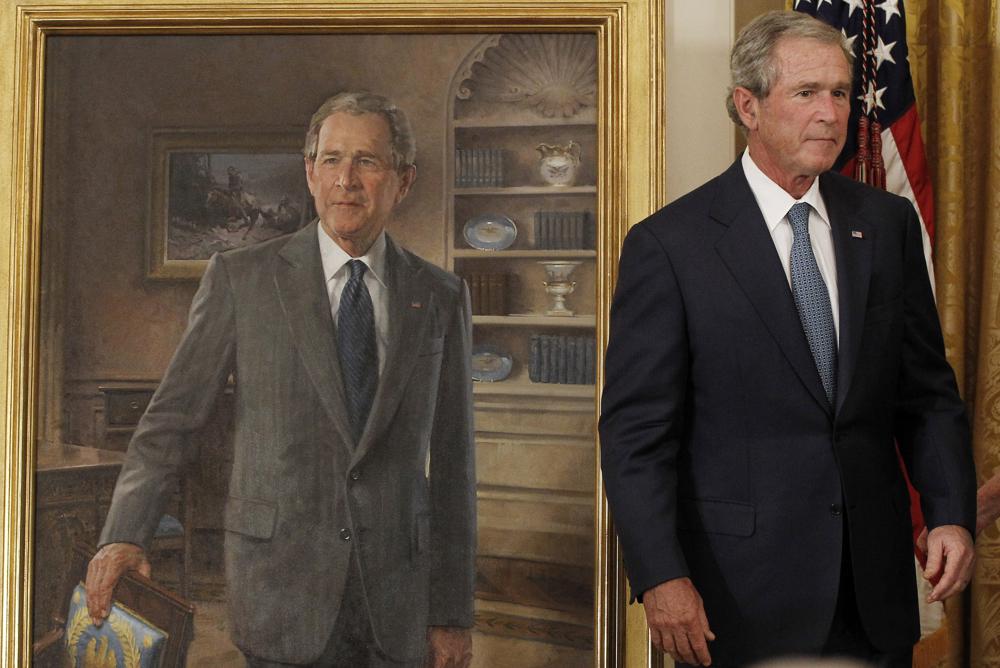 File/Former President George W. Bush stands next to his official portrait during the unveiling ceremony in the East Room of the White House in Washington, May 31, 2012.  (AP Photo/Pablo Martinez Monsivais) 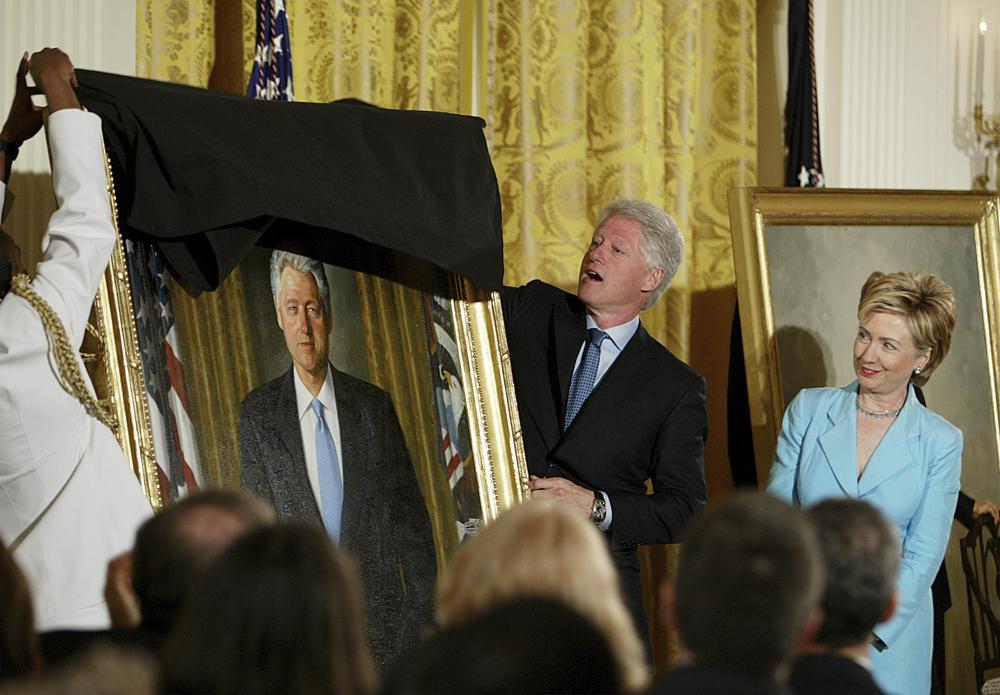 File/Former President Clinton, center, unveils his portrait as he and former first lady Hillary Clinton, right, participate in a ceremony for the unveiling of the Clinton portraits, June 14, 2004, in the East Room of the White House in Washington. (AP Photo/Ron Edmonds)

The private and non-profit White House Historical Association has arranged portraits of recent presidents and first ladies since 1965, when it negotiated acquiring a portrait of former first lady Eleanor Roosevelt.

There is no word yet if the latest portraits of Barack and Michelle Obama will tour the nation so more people can make a “pilgrimage” to see them, as was previously determined for the Kehinde Wiley and Amy Sherald works.