House Republican Leader Kevin McCarthy (R-CA) said on Thursday that Democrats’ failed policies have led to a recession and a loss in wages, in what he called the Nancy “Pelosi Pay Cut.”

The federal government reported that Gross Domestic Product (GDP) shrank by 0.9 percent in the second quarter of 2022, signaling that the economy is entering a recession.

McCarthy took to the House floor to explain how the Democrats’ one-party rule in Congress and the White House led to them passing failed policies that in turn led to substantial losses for the average American. 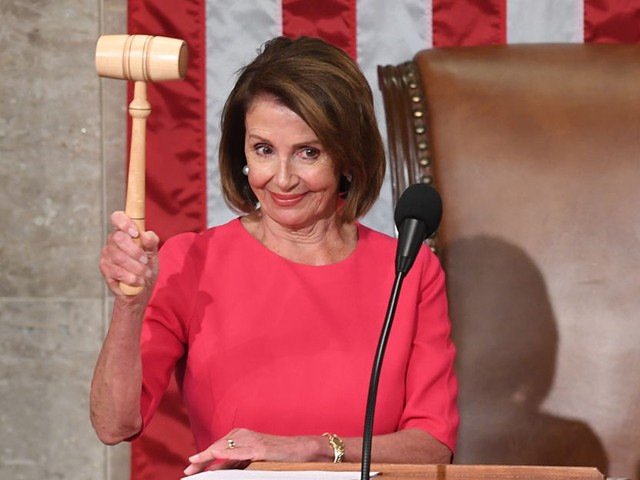 House Speaker Nancy Pelosi (D-CA) holds the gavel during the opening session of the 116th Congress at the US Capitol in Washington, DC, January 3, 2019. (SAUL LOEB/AFP via Getty Images)

Democrats increased total government spending by over $9 trillion in less than 18 months. They halted new energy projects. Slowed down pipeline construction. And took every step to discourage American oil and gas production. And they crippled the labor market by paying people to stay home instead of going back to work – including themselves.

The California Republican also said that the Democrats’ policies led to a more than one month loss of income, assuming a worker had a constant salary:

Let me ask you this: could you afford to give up one month of your income? I bet not. But if you’ve had a constant salary for the past year, Democrats’ failed policies have taken MORE than ONE MONTH of your income away. That means you’ve effectively received a pay cut.  This is the Pelosi Pay Cut. The Pelosi Pay Cut affects every American. But it’s especially hard on families who have extra expenses. 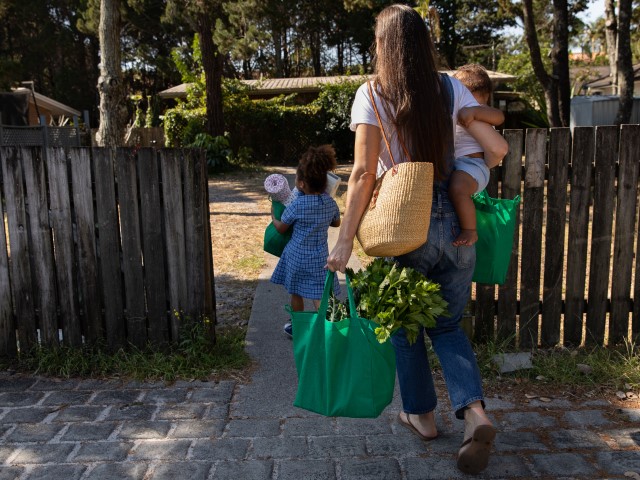 McCarthy also knocked Democrats for attempting to “redefine” a recession rather than alleviate Americans’ economic difficulties.

He said, “If this sounds like a healthy economy to you, I hear there’s an opening at the White House press office. But for the rest of us who live in reality, it is painful.”

“It’s time for a new direction in Washington to get our nation back on track,” McCarthy concluded. “Americans deserve a future filled with hope, opportunity, and freedom. And Republicans stand ready to deliver it.”