Former President Donald Trump’s potential return to the Oval Office will include an effort to purge the unaccountable administrative state that creates and directs vast amounts of far-left policy in the federal government, a report Friday by Axios detailed.

If reelected in 2024, Trump is planning to cut about 50,000 administrative state employees to rein in unelected technocrats in federal government agencies that have great influence over policies impacting American workers, according to the outlet.

“The impact could go well beyond typical conservative targets such as the Environmental Protection Agency and the Internal Revenue Service,” the report explained. “Trump allies are working on plans that would potentially strip layers at the Justice Department — including the FBI, and reaching into national security, intelligence, the State Department and the Pentagon, sources close to the former president say.”

The term administrative state specifically describes the phenomenon of unaccountable and unelected administrative agencies exercising power to create and enforce their own rules. 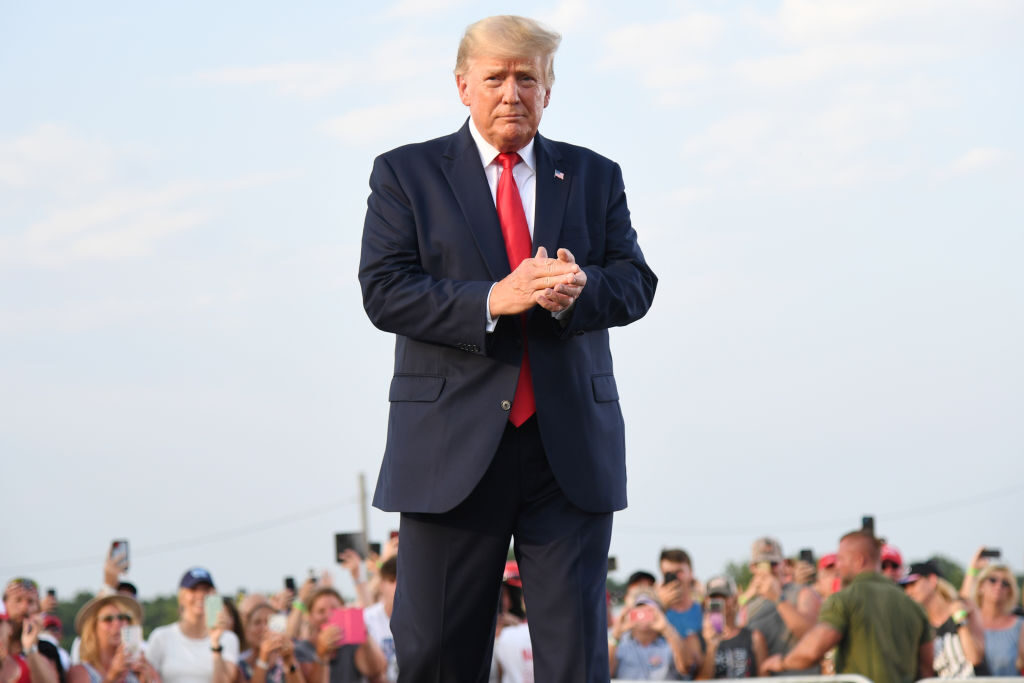 Donald Trump arrives to give remarks during a Save America Rally at the Adams County Fairgrounds on June 25, 2022 in Mendon, Illinois. (Michael B. Thomas/Getty Images)

Before Trump left office in 2021, he signed an executive order (EO) to reclassify federal government employees into Schedule F, which would have allowed the president to enhance accountability and job performance within the bureaucratic agencies.

“Unfortunately, the Government’s current performance management is inadequate, as recognized by Federal workers themselves,” the EO reads. “For instance, the 2016 Merit Principles Survey reveals that less than a quarter of Federal employees believe their agency addresses poor performers effectively.”

President Joe Biden canceled the order when he assumed office. But if Trump runs and wins in 2024, the former president is reportedly intending to reimplement the EO and purge the unelected technocrats artificially running the federal government.

“It would effectively upend the modern civil service, triggering a shock wave across the bureaucracy,” Axios concluded about the EO’s impact.