A federal ethics watchdog group called on the Office of Congressional Ethics (OCE) to “immediately investigate” Ohio Senate candidate Rep. Tim Ryan (D-OH) for “abusing” House proxy voting rules by stating in his official capacity he was unable to attend in person due to the “ongoing” pandemic, despite attending in-person campaign events.

The Foundation for Accountability and Civic Trust (FACT) called for the investigation into Ryan for voting by proxy 56 times, while continuously posting pictures and videos of himself on Twitter campaigning in person.

The watchdog emphasized that Ryan revoked his proxy voting authority a few days later, making it apparent that the primary purpose was to campaign and not for coronavirus, which would subsequently violate House ethics rules.

The complaint detailed the events, which Breitbart News reported on July 13, where Ryan, in his official capacity as a congressman, filed a letter with the House clerk the day before, on July 12, stating he was “unable to physically attend proceedings in the House Chamber due to the ongoing public health emergency” and granted his voting capability to another member.

Thanks for to everyone who joined us at @treecitycoffee for a cup of coffee and a conversation about the stakes in this election. pic.twitter.com/ar466HuSKS

However, as the complaint highlighted, his actions directly go against his letter to the House clerk as “it is evident the true reason he voted by proxy is unrelated to the COVID-19 pandemic. Rather, it was so he could campaign for the U.S. Senate.”

Between July 13 and 14, the complaint indicated, he voted by proxy a combined 56 times, 24 times on July 13 — when the House brought legislation on addressing active shooter responses, veterans’ exposure to toxic burn pits, and amendments to the national defense bill — and 32 times on July 14, while also posting videos and photos showing that he was at in-person campaign events.

Tim Ryan skipped important in-person votes to campaign for an Ohio Senate seat. This is an abuse of the House’s proxy voting rules.https://t.co/5tOPPrAs0Z

Then, only four days later, on July 18, he revoked his proxy voting authorization in a letter to the House clerk.

The complaint explained the lawmakers’ ability to proxy vote:

On May 15, 2020, the ability to vote by proxy was authorized at any time after the Speaker of the House was notified by the Sergeant-at-Arms that a “public health emergency due to a novel coronavirus is in effect.” Thus, the purpose for the use of a proxy vote must be due to the “public health emergency” and the procedure for proxy voting was not authorized for any other purpose. 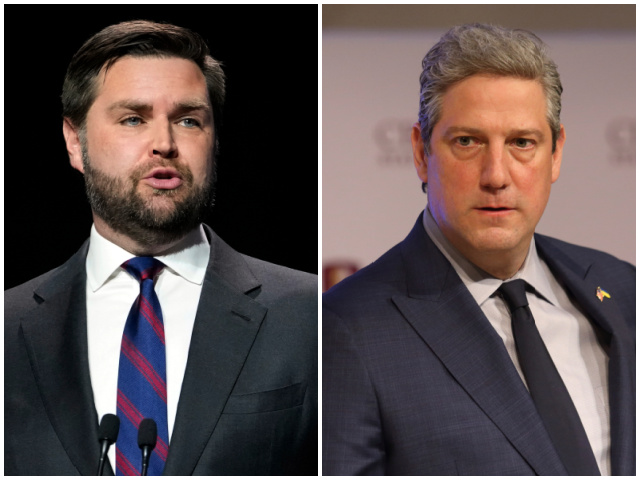 Additionally, the complaint noted the House ethics rules require lawmakers to “conduct themselves at all times in a manner that reflects creditably on the House,” which is a “comprehensive provision” that is applicable to any part of the lawmaker’s official capacity. 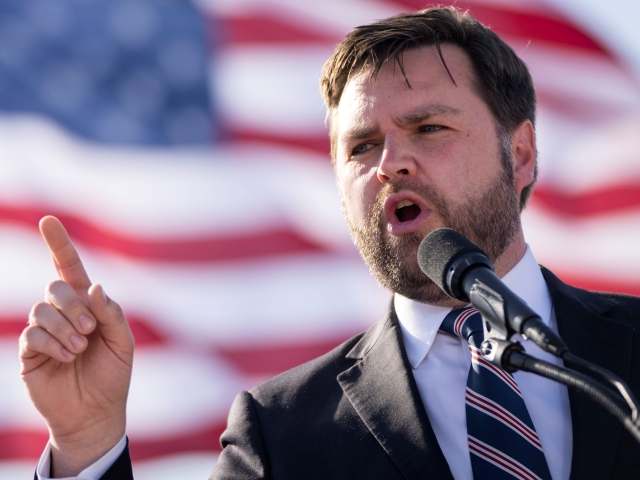 J.D. Vance, a Republican candidate for U.S. Senate in Ohio, speaks during a rally hosted by former President Donald Trump at the Delaware County Fairgrounds on April 23, 2022 in Delaware, Ohio. (Drew Angerer/Getty Images)

Furthermore, it mentions that lawmakers should adhere to all of the House ethics rules, which would include the rules adopted “to ensure Congress can continue legislation during Covid-19,” and allows members to vote by proxy “because of a public health emergency due to a novel Coronavirus is in effect.”

In response to the ethics complaint filed against Ryan, the campaign of his Trump-backed Republican Ohio Senate opponent, J.D. Vance, hammered the congressman and Senate hopeful.

“After spending 20 years in Washington, DC, it shouldn’t come as a surprise to anyone familiar with career politicians like Tim Ryan that he would shamelessly lie to Ohioans about why he refused to show up to work,” Taylor Van Kirk, Vance’s campaign spokesperson exclusively told Breitbart News.

“Worse yet, instead of apologizing to the people he’s supposed to represent for not doing his job, he doubled down,” Van Kirk added. “Ryan’s conduct merits an ethics investigation. It is abundantly clear Tim Ryan abused the public trust to benefit his own political aspirations.”

The Executive Director of FACT, Kendra Arnold, said in a statement:

The ability to vote by proxy was put in place so the House could continue conducting necessary business during the public health emergency and for no other reason. This is evidenced by the fact that in order to vote by proxy, a Member must file a statement with the House Clerk declaring the reason for the proxy vote is related to the pandemic, and if that is not the case the Member is making a false statement to the House Clerk. We encourage the Office of Congressional ethics to immediately investigate whether Representative Ryan violated these House rules and if so, impose the proper penalties.

A full copy of FACT’s complaint against Landsman can be found here.