Quadruple-vaccinated President Joe Biden tested positive for the Wuhan coronavirus a day after being seen maskless at a Massachusetts event, and it remains to be seen if leftist media outlets will be as critical of him as they were of former President Donald Trump when he contracted the virus in 2020.

At least one outlet already seems to be taking a different approach. When it was announced Thursday that Biden — who falsely stated a year ago Thursday that vaccinated individuals could not contract the virus — came down with the Wuhan-originated disease, Los Angeles Times staff writer Eli Stokols scribed:

Biden’s positive test is also a reminder of how difficult it can be to eliminate the potential for infection, even for someone as protected as the president. Everyone who travels or meets with Biden must be tested beforehand, according to the White House, and masks are required in the building.

Of note, Biden was spotted maskless during his Somerville, Massachusetts, trip Wednesday, where he gave on climate change. He also shook hands with officials and spectators after the event. 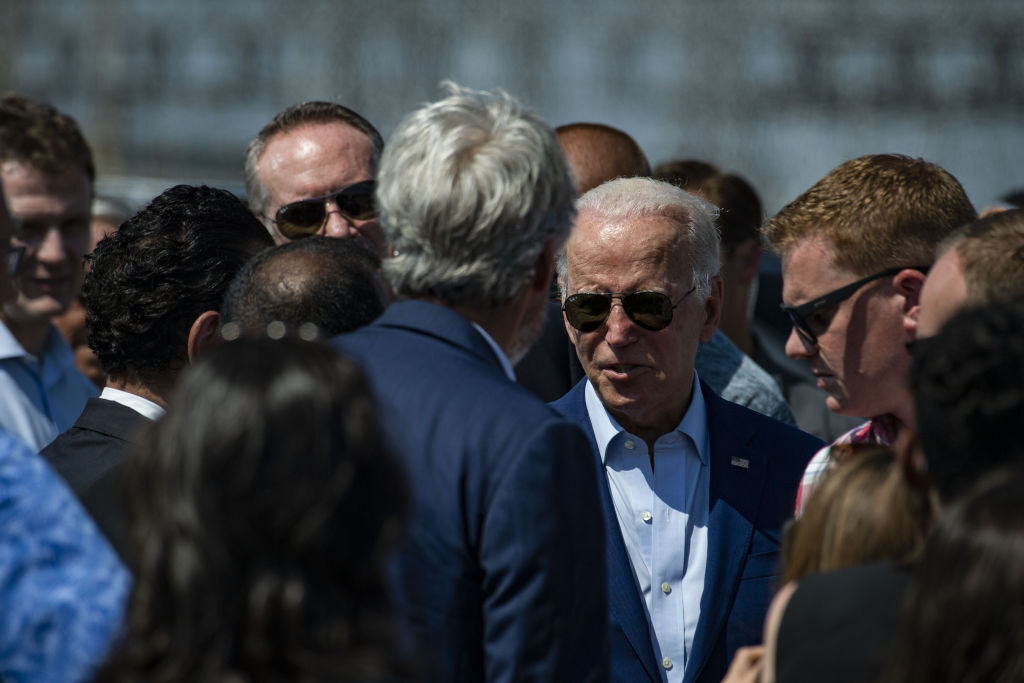 Conversely, after then-President Trump announced he had tested positive on October 2, 2020, the Los Angeles Times Editorial Board published an article the same day that wished him well but also asserted his contraction of the virus was his fault:

His infection and hospitalization represent another crisis for a nation reeling from a year that almost seems apocalyptic. And this one is fully of Trump’s own making, endangering not only himself, his family and security detail, but the stability of the country by throwing the executive branch into chaos.

Apparently, Trump managed to even convince himself that the coronavirus was no big deal — rarely wearing a face mask in public and shamefully mocking those who do. During the first presidential debate on Tuesday, Trump derided Biden for wearing “the biggest mask I’ve ever seen” and hinting that it made him look like a scared old man. Heedless and, in retrospect, ironic.

Late last year, after Trump’s former White House Chief of Staff Mark Meadows claimed in his book that Trump both tested negative and positive for the virus three days before his September 29, 2020, debate with Biden — which Trump denies — the Washington Post dubbed the 45th president “reckless.”

Actress Bette Midler went as far as to say Trump was attempting to murder Joe Biden following Meadows’ claim, dubbing him “the devil.”

“#DonaldTrump should be arrested for attempted murder,” she wrote. “He tried to infect & kill #JoeBiden at the debate; by turning up too late to be tested, knowing full well he was positive; then screeched, sputtered, spit, and foamed at the mouth, hoping to infect Joe. He IS the devil.”