Sen. Marco Rubio (R-FL) is eight points ahead of Rep. Val Demings (D-FL) in the race for U.S. Senate in Florida, according to a poll released Wednesday.

Among all Florida registered voters, the race was closer, with Rubio five points ahead of Demings, 45 percent to 40 percent, and 16 percent undecided.

The results provide a glimmer of hope for Demings, the frontrunning Democrat candidate, in a race that otherwise heavily favors Rubio. Demings was losing by a larger margin in Center Street’s same tracking poll taken in March.

Since the March poll, Demings has seen her largest gains among Democrat voters and unaffiliated voters, achieving a 27-point gain and a 15-point gain among those voters, respectively. 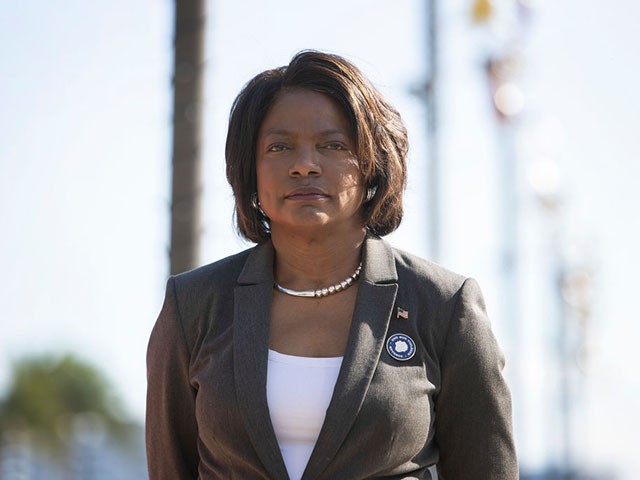 While the Center Street pollster noted Rubio appears to have “sort of stalled out” based on the poll results, Rubio still maintains a clear advantage over Demings.

The two-term senator and once presidential contender has led in nearly every poll this year. Republicans also surpassed Democrats in voter registration last year and have only continued to widen the gap in registration since. The election analyst outlet FiveThirtyEight finds Rubio is “clearly favored” to win at this stage in the race, 94 percent to six percent.

Rubio also maintains a definitive edge over Demings despite Demings outraising Rubio. The Florida Democrat just barely topped Rubio as of this year’s first quarter, $30 million to $30.5 million, according to Open Secrets.

Demings has since reported adding an enormous sum of $12.2 million during the second quarter to her overall total, and a Florida Politics report indicated Demings is not holding back on spending either. The former police chief took out a massive multimillion-dollar ad buy in June to promote her fairly recent embracement of funding the police, as opposed to defunding the police, which several from her party’s far-left flank have called for.

The race is expected to only continue to become more expensive as Republicans aggressively pursue every battleground Senate race, including Florida, as they work to take the Senate majority in November.