Secretary of Transportation Pete Buttigieg is being criticized roundly for his plan to expand the use of “safety” cameras on roads nationwide, as drivers have complained that the camera systems are inaccurate and prone to abuse by political cronies.

Buttigieg introduced the plan last Thursday, describing the problem of road safety as one of fairness, noting that “people of color, Native Americans, low income communities, [and] people in rural areas, [are] more likely to die on our roads.”

What he did not mention was that poor people, and people of color, are impacted more by traffic tickets, with black drivers and other minorities far more likely to be ticketed — and, in many cases, less able to afford the resulting fines for violations.

The plan Buttigieg introduced calls for the federal government to “[p]romote speed safety cameras as a proven safety countermeasure,” and for the rollout of additional speed cameras to be completed by 2024.

However, “skeptics say it will only end up leading to more fines for motorists – and money for the government – while doing nothing to address the country’s real transport problems,” reported Jennifer Smith of the Daily Mail, via MSN.

In Chicago, which has more red-light cameras than any other city in America, Mayor Rahm Emanuel’s rollout was marred by political corruption and claims that the cameras were not only inaccurate, but also disproportionately targeted black and Latino drivers in the city.

“A ProPublica analysis of millions of citations found that households in majority Black and Hispanic ZIP codes received tickets at around twice the rate of those in white areas between 2015 and 2019,” ProPublic reported earlier this month.

Ironically, it was Buttigieg who vowed to target what he described as “racist” roads and highways after he took office last year. 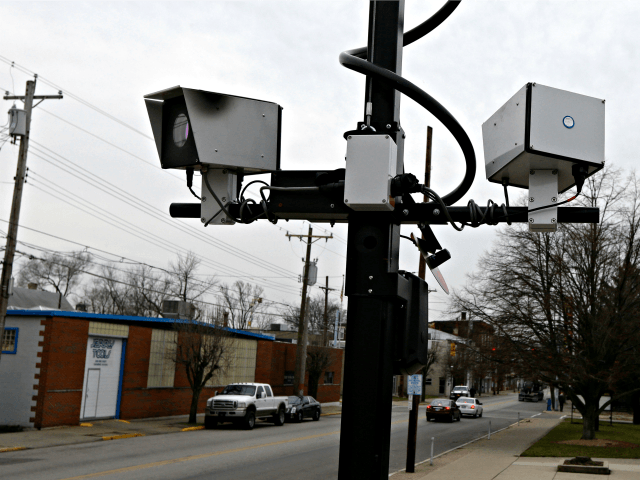 This Wednesday, Jan. 16, 2013 file photo shows a pair of traffic cameras aimed on Vine Street, in Elmwood Place, Ohio. People suing the Cincinnati-area village over speeding tickets generated by a camera system want a judge to rule in their favor without trial, filing a motion for summary judgement on Tuesday. (AP Photo/Al Behrman, File)

The company supplying Chicago’s cameras, Redflex, reached a non-prosecution agreement with the Department of Justice and a $20 million civil settlement with the City of Chicago after related bribery scandals and convictions in the city and in Columbus, Ohio.

Many drivers continue complain about being wrongly ticketed by the camera systems for a variety of reasons, including the misidentification of cars and drivers. And residents of the District of Columbia were outraged when officials continued its speed camera ticketing during the pandemic, demanding payment of fines when many families could not afford the expense.