From “Pen and Phone” to “Pretty Big Shift”

Remember back in 2014 when President Barack Obama said that he would conduct his presidency by “pen and phone”? He said that after he had lost control of Congress and was no longer able to pass legislation. His new idea was that he would continue to advance progressive goals by fiat: by executive order or just by doing things through the murky workings of the Administrative State.

It was this unilateral pen-and-phone approach that launched, for example, Deferred Action for Childhood Arrivals. DACA might sound like a formal thing, like some sort of actual statutory program, and yet it was mere freelancing; it represented the policy preferences of the Obama administration and nothing more.

Indeed, at the same time, the 44th president proceeded with other pen-and-phone gambits. As tabulated by the Cato Institute’s Ilya Shapiro, Obama charged ahead with more than ten of these, on topics ranging from education to the internet to the environment.

Pen-and-phone was a slippery and stealthy strategy, in which the president sought to hide the ball from Congress and the public.  The Constitution doesn’t say a president can do it, but it also doesn’t say a president can’t do it. So Obama went ahead with it. In the end, pen-and-phone was a matter for the voters to resolve, as, of course, they did in 2016, when Obama’s chosen successor, Hillary Clinton, was defeated. Indeed, after the loss in the ’16 election, the phrase pen-and-phone fell out of the Democratic vocabulary. 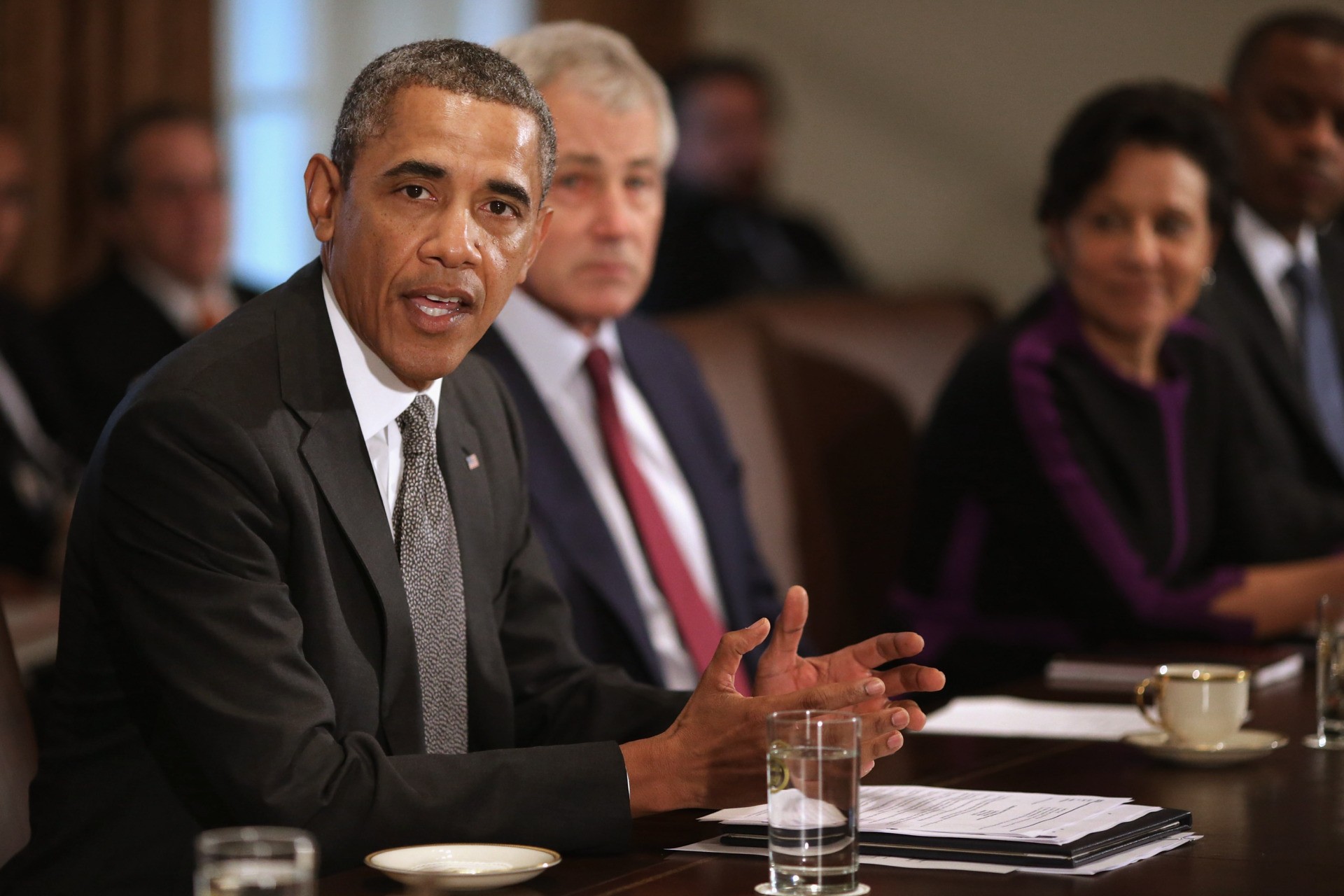 President Barack Obama convenes a meeting of his cabinet on January 14, 2014, after telling reporters, “I’ve got a pen and I’ve got a phone” and would use them if Congress did not act. (Chip Somodevilla/Getty Images)

Yet now the concept—if not the exact words—is making a comeback under the 46th president. Having lost his mojo in Congress on big legislation, President Joe Biden is increasingly looking to his appointees to carry on the work of progressivism behind the scenes.

A good example is Biden’s quiet reworking of the Federal Reserve System. The Fed is an important body—it’s the central bank of the United States—and yet its actual operations are obscure. (How many American can name even one of the Fed’s seven governors?)

And so few beyond the DC Beltway noticed on January 24 when Politico headlined, “‘Big shift’: Biden moves to rewrite the rules on climate threat.”As the article detailed, Biden has nominated Sarah Bloom Raskin to be vice chair of the Fed. (She’s the spouse, by the way, of Rep. Jamie Raskin (D-MD), a leading figure on both the House Judiciary Committee and the January 6 investigating committee.)

As the Politico article details, the Biden plan is that the Raskin-ized Fed will join with other mostly obscure agencies, such as the Office of the Comptroller of the Currency, to steer (read: scare) investors away from fossil fuel companies. Such scaring away would require a reworking of federal regulations, such that companies would have to take “environmental and social goals” (ESG), as defined by bureaucrats and Democratic donors, into account.

ESG is, in other words, a substantial retooling of the venerable concept of fiduciary responsibility—the idea that the first loyalty of companies should be to manage their assets wisely and not put them at risk on government-mandated schemes.

Politico quoted David Arkush, managing director of the climate program at Public Citizen, a group founded by Ralph Nader, saying of the new ESG plan, “I expect it to be a pretty big shift.” Yes, it is a big shift. Politico summed it up:

The nation’s top financial regulators will all soon be headed by progressive regulators who are preparing to push the Biden administration’s climate agenda forward, even as the president has failed to get broader climate-related legislation through Congress.

Sarah Bloom Raskin herself has been quite emphatic about her big-shifting green goals. As she wrote two years ago in the left’s go-to bulletin board, the New York Times, “Climate change poses the next big threat. Ignoring it, particularly to the benefit of fossil fuel interests, is a risk we can’t afford.” Looking forward to her next job, she added, “The Fed’s unique independence affords it a powerful role”—that is, the power to crush Exxon and all the other oil, gas, and coal companies. 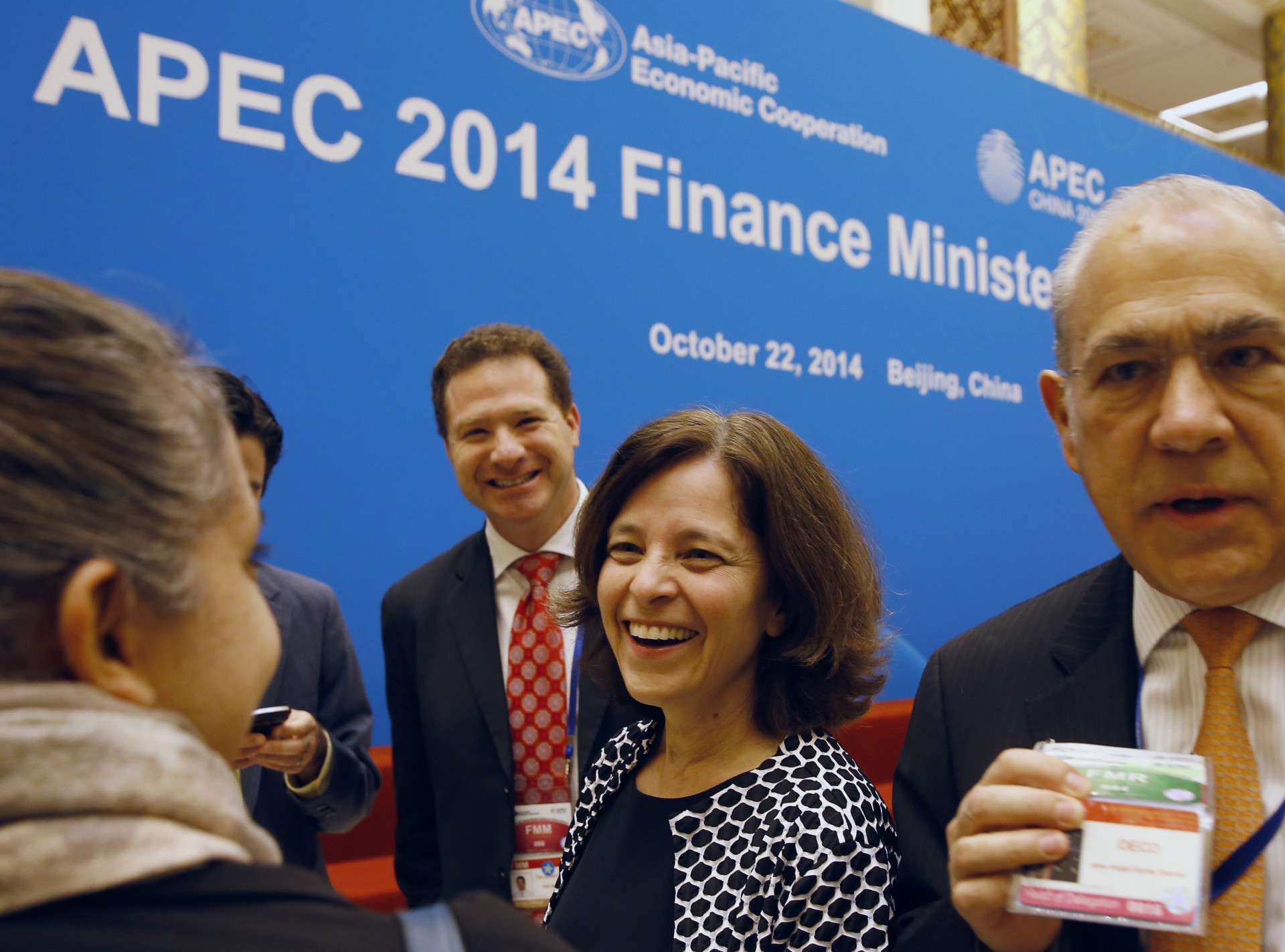 Amusingly, Raskin tried to disguise her green ideology as just hard-nosed thinking about the future. Her carbon-fuel disinvestment plan, she wrote, “forestalls the inevitable decline of an industry that can no longer sustain itself.” To which we can rejoin: Yes, it’s possible that the greens will kill the carbon-energy industry—they’re trying hard—and yet in the meantime, fossil or carbon-based fuel accounts for 79 percent of America’s energy. Indeed, carbon-fuels are such a good energy source that people keep relying on them even as supplies tighten. For example, oil prices are currently near $90 a barrel, up from barely more than $50 a year ago. And some projections suggest that oil could hit $100 a barrel.

Yet with Raskin on the Fed, such energy-necessity won’t matter. She and her allies, pursuing their green vision, will seek to starve exploration, production, and distribution. And if the economy suffers? To Raskin and her allies, slower growth is a feature, not a bug, because less economic activity means fewer carbon dioxide emissions. (Yes, Raskin might not be confirmed by the Senate, but Biden has a strong track record on confirmations; even Democrats such as Sens. Joe Manchin and Kyrsten Sinema have mostly stayed on board with Biden nominations. And if Democrats all stay together, Republican opposition to Raskin won’t matter.)

In the meantime, of course, the Biden administration’s efforts to make energy scarcer and drive prices higher have hit home. In the words of Rupert Darwall of the RealClearFoundation:

High inflation is now the biggest threat to the economy. Woke central bankers and multi-trillion-dollar institutional investors are peas in a pod when it comes to their culpability for rising prices.

After a bruising 2021, the Biden people have realized that contractionary and inflationary policies are not popular. And yet as the Raskin pick indicates, they’re still hoping that they can achieve their ideological aims behind the scenes without kicking up a storm in Congress, let alone with the public.

We can step back and see that this has always been the method of the Administrative State: To operate through a hidden hand, high above the to-and-fro of politics—so that the voters never know what hit them.

In fact, the doings of Raskin and her allies aren’t just an updating of the old Obama pen-and-phone strategy, they are also in keeping with the Great Reset. That, of course, is the favored term of Klaus Schwab, head of the World Economic Forum, aka, Davos. You know, the folks who disdain national democracy and sovereignty, and seek instead to remake the world according to woke-capitalist wishes.

Call it whatever you want: pen-and-phone, big shift, Great Reset: the common thread is that our betters think they know what’s best for us—and if they have to, they’ll cram it down our throats.

We’ve been warned. Here’s historian and demographer Joel Kotkin, who first describes how the planned financialization of the Great Reset will make the rich richer and then adds:

For the middle and working classes, however, the Great Reset may prove somewhat less promising—if not disastrous.  For most people, notes Eric Heymann, a senior economist at Deutsche Bank Research, the rapid “green” transition will mean “a noticeable loss of welfare and jobs.” The conscious policy of degrowth as a means of forcibly reducing greenhouse gas emissions will require getting most people out of their cars, and forcing them to travel far less and to live in tiny apartments.

So that’s the future that the Great Resetters see for the average American.

Interestingly, the Chinese Communist Party (CCP) doesn’t agree with this vision for its people in China. Oh sure, the CCP is happy to see Americans impoverish themselves, in part because a poorer America couldn’t afford as big a military budget.

And while nobody will accuse the CCP of being a bunch of softies, the communists don’t want to risk a revolution against their rule—one revolution in China was enough, as far as they’re concerned. 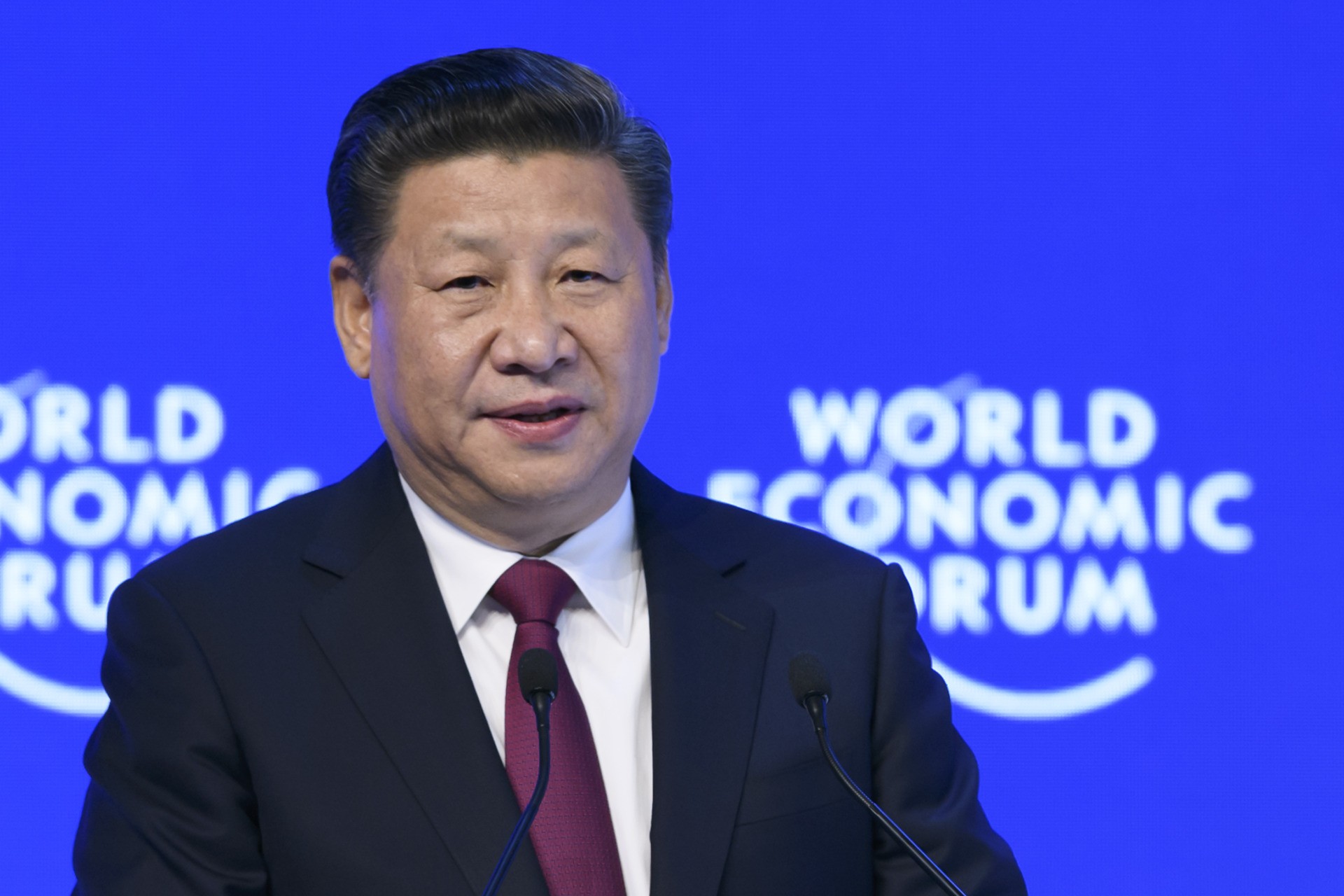 So even as Biden and Raskin hatch their stealthy plan to cut the American standard of living, the CCP is going in the opposite direction, seeking to raise economic well-being in China. CCP chiefs have made clear that they have no intention of going along with any plan that reduces the Chinese standard of living, as the UK Guardian notes:

The cautious tone, according to Yan Qin, a lead analyst at Refinitiv financial analysis in Norway, has emerged since late last year, when China experienced a sudden power shortage that affected millions of households. “This in practice means less restrictions on fossil fuel. For example the policy goal in the 14th five-year plan is only to limit growth in coal consumption.”

In other words, the Chinese communists plan to burn more carbon fuels and thereby enrich their people, while our leaders plan to burn less and deprive Americans.

So at some point, perhaps Americans will be thinking that they are the ones who need a peaceful political revolution. Yes, it’s understandable that Americans might get riled up against Biden, Raskin, and the Great Resetters. After all, regular folks want a higher standard of living, not a lower one, and they are learning not to trust the Party of Davos elite.

Indeed, by now, the Great Reset might have become well enough known so as to be a liability to Biden and the Democrats, such that even arch-globalist George Soros’ recent infusion of $125 million won’t be enough to save them. 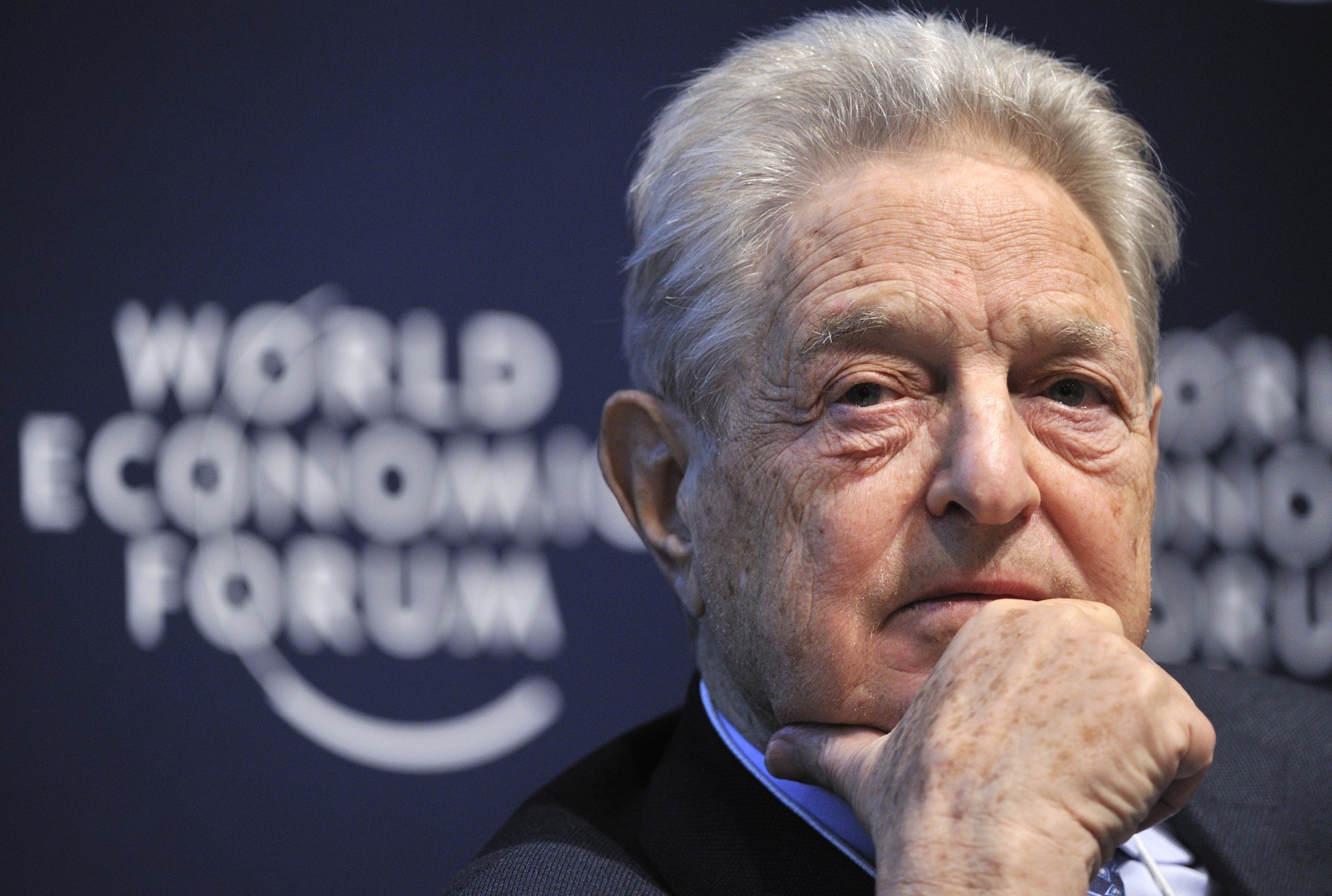 Financier George Soros looks on during a session entitled “Redesigning the International Monetary System: A Davos Debate” at the World Economic Forum annual meeting on January 27, 2011, in Davos. (FABRICE COFFRINI/AFP via Getty Images)

Yet Schwab and his fellow Davos Men and Women have a plan to deal with all these uppity populist challenges to their rule.  They’re not going to change their ideology or policy, of course, but they are willing to let go of a name. And so the Great Reset is now becoming the Great Narrative. Same globalism, new label.

Yes, that’s always the plan: As soon as people wise up to one shell game, the Davosians start up another. And the globalists can afford plenty of shells.