Why is everyone surprised that Brandon @JoeBiden is welcoming Russia into Ukraine?! Ukraine didn’t pay enough protection money to the highly skilled and competent Hunter Biden and the rest of the Robinette Syndicate.

“And you know Joe Biden says and takes credit for getting, as VP, that investigator fired in return for a loan from the U.S. government,” he continued. “Now, what happens when Donald Trump wins the election in 2016? — they cut Hunter Biden’s fee per month in half and then, eventually, they cut him off.”

Nunberg later explained that President Biden would not have essentially invited Russia to take over Ukraine had his son Hunter been paid “handsomely.”

“I am sure had Hunter Biden continued to be paid handsomely, more handsomely than he was when Joe was out of office, it would’ve been a little different,” asserted Nunberg. ” I am sure that had President Zelensky not really taken a neutral position, which he did, during that impeachment — he didn’t go out of his way to defend Joe Biden either, and Joe Biden’s actions and Hunter Biden’s actions, during that hoax impeachment against President Trump — things could’ve been different.”

Nunberg noted that former President Trump strengthened NATO and approved the sale of heavy arms to Ukraine during his tenure.

“One of his immediate intiatives vis-a-vis Europe was stopping the Russia/Putin Nordstream pipeline,” he said. “Biden has immediately given that pipeline to Putin.”

Nunberg concluded that Hunter Biden has probably had conversations with his dad about Ukraine and his dislike for President Volodymyr Zelensky’s anti-corruption stance. 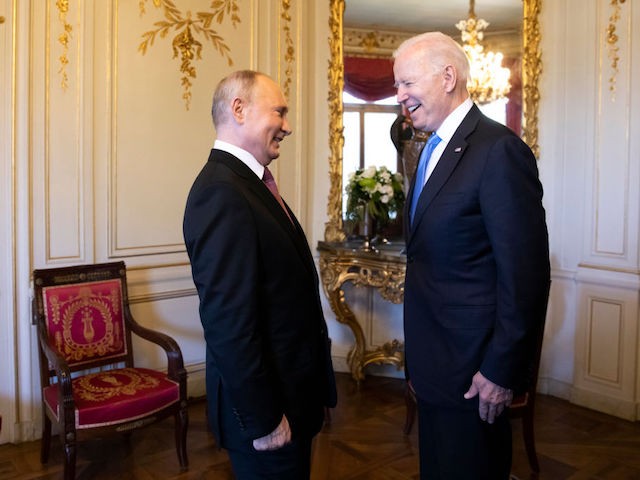 “One of the reasons I think that Joe Biden is willing to just give up territorial integrity like it’s candy to Russia in negotiations is because, as he said that he was talking to his terrible person of a son in Hunter Biden,” he said, “He also was probably talking to him about Ukraine, and I’m sure Hunter is not a fan of Zelensky and Ukraine’s not useful to them.”

While Nunberg emphasized that Americans should not have to spill blood to defend Ukraine, he worried that President Biden’s abandonment of the country will encourage China to invade Taiwan — a country and ally that Americans will have to defend if the time comes.