Ukrainian President Volodymyr Zelensky on Thursday rejected comments made the day before by President Joe Biden that appeared dismissive of a potential Russian invasion of his country, affirming in a statement to social media, “There are no minor incursions.”

Biden told reporters on Wednesday the United States may not aid Ukraine, a longtime ally, in the event that Russian leader Vladimir Putin invades as long as the invasion is a “minor incursion.” He did not define the term “minor incursion.” Biden also predicted that Putin would invade the country and that he could colonize it, but not without significant losses, and insisted Moscow would “be held accountable” but provided no details as to how.

Zelensky has been asking Biden for one specific action throughout the past year to punish Russia for its ongoing support of separatists in Donbas, eastern Ukraine, and for its colonization of Ukraine’s Crimean Peninsula: to sanction the Nord Stream 2 gas pipeline project, which would greatly enrich Moscow, grant it outsized influence over western Europe, and significantly damage the Ukrainian economy. The pipeline would connect Russia to Germany.

Biden lifted existing sanctions on Nord Stream 2 this summer and has refused to impose any more, instead suggesting his administration would only sanction the project and Russia generally after an invasion of Ukraine. Neither Biden nor any reporters mentioned Nord Stream 2 during his press conference on Wednesday. 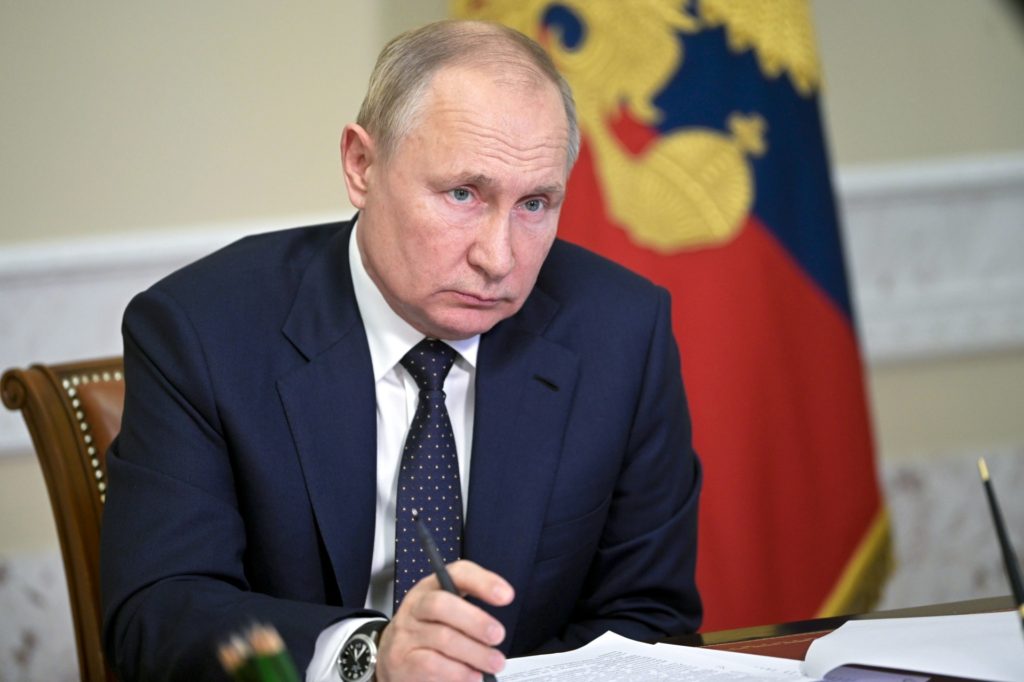 Without mentioning America, Zelensky appeared to directly reject Biden’s dismissal of any potential Russian invasion of his country as a “minor incursion” – and suggested Biden was dismissing the value of Ukrainian lives, a point Zelensky has made in the past. 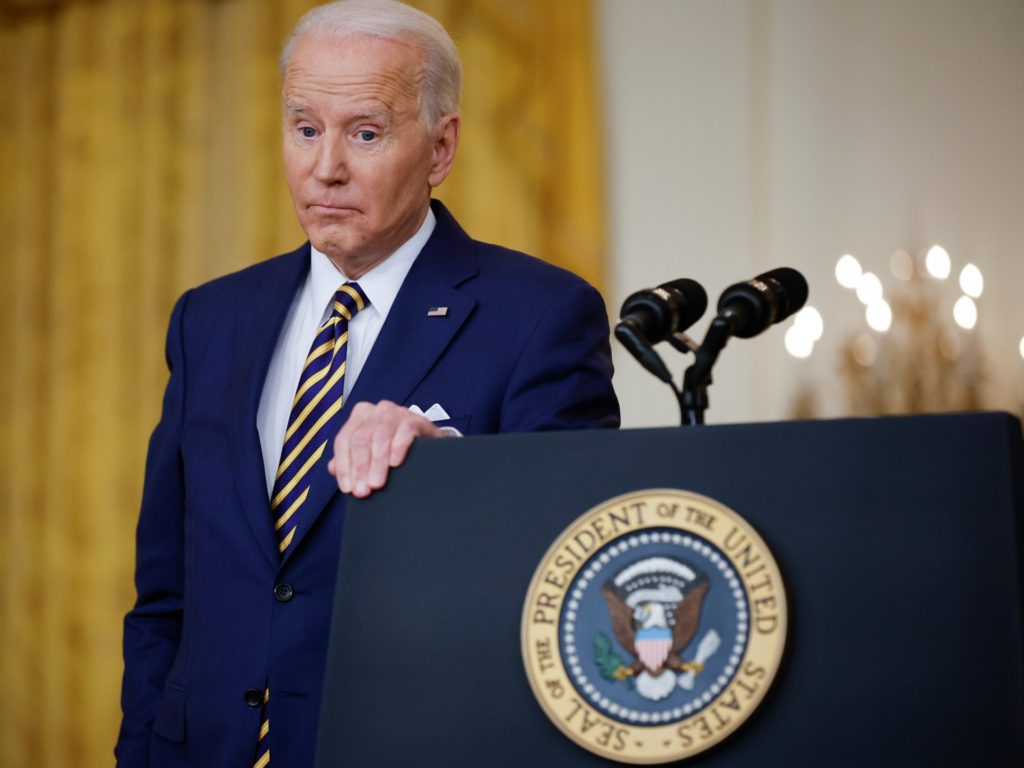 President Joe Biden answers questions during a news conference in the East Room of the White House on January 19, 2022 in Washington, DC. (Chip Somodevilla/Getty Images)

Zelensky asserted that Ukraine is a “great power.”

In June, after Biden lifted sanctions on Nord Stream 2, Zelensky used similar language in an angry interview with the D.C. outlet Axios, indicating Biden held the viewpoint that “there are the great powers of the world, and there is everybody else.”

Biden told reporters on Wednesday that he expected Putin to “move in” to Ukraine because “he has to do something” and that Russia “will be held accountable” for such a move, but only if it meets an undetermined threshold of significance.

“Russia will be held accountable if it invades. And it depends on what it does. It’s one thing if it’s a minor incursion and then we end up having a fight about what to do and not do, et cetera,” Biden said, without clarifying the latter point.

“He’s never seen sanctions like the ones I promised will be imposed if he moves,” Biden also asserted, without elaborating.

Zelensky’s English-language post on Twitter followed a televised speech Wednesday night intended to pacify panicked Ukrainians and deny Biden’s assertions that Russia would imminently invade Ukraine (again). Zelensky urged Ukrainians to “take a deep breath” and “calm down,” and reminded them Russia was already invading the country and such threats were not knew.

“Didn’t the invasion start in 2014? Has the threat of war emerged just now? These risks have existed for more than a year, and they haven’t increased,” Zelensky asserted. “What has increased is the hype around them.”

“Keep your head calm and cool, remain confident in your strength, in your Army, in our Ukraine,” Zelensky advised. “Do not get anxious, react smartly to everything, not emotionally! With your head, not your heart.”

The Russian government responded to Biden’s comments on Thursday by accusing him of preparing his own “military” provocations and using Ukraine as a distraction.

“Western and Ukrainian media outlets and officials have been increasingly engaged in rumors of Russia’s pending invasion of Ukraine,” Russian Foreign Ministry Spokeswoman Maria Zakharova told reporters during her daily briefing, according to the Russian news agency Tass. “We are certain that this crusade is aimed at creating an information cover-up for preparing their own large-scale provocations, including those of a military nature, that may have the most tragic consequences for regional and global security.”

“We urge Western countries to halt the hostile anti-Russian media crusade, [stop] abetting Ukraine’s militarization by dragging it into NATO and instead channel all efforts into prompting the Kyiv regime to honor the Minsk Accords and other international commitments,” Zakharova asserted.

Russia maintains it has no involvement in the Donbas war and that the conflict is a civil one between Ukrainians, contrary to extensive evidence of Russian support for the separatists in the region.