Reich, a far-left extremist who’s worked for both Presidents Clinton and Obama, later deleted this call for violence, but as the kids say, The Internet is forever…

What are Democrats supposed to do to Sen. Sinema with "the backs of their hands," @RBReich? pic.twitter.com/XFJyU0d1Sc

“Tonight, Republican senators lined up to shake Kyrsten Sinema’s hand,” Reich’s tweet read. “Democratic senators should have given her the backs of their hands.” 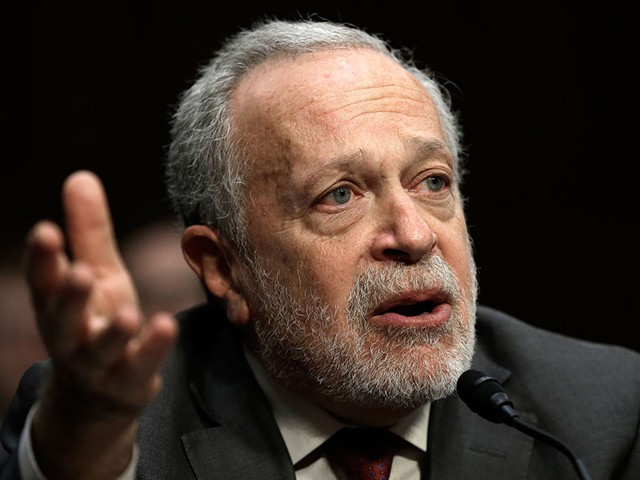 Although Sinema backs President Biden’s push to nationalize our elections, which will forever rig them in favor of Democrats, what she voted against was killing the 200-year-old filibuster rule that requires 60 votes to pass legislation. She believes, correctly, that without that 60 vote threshold, our country would become destabilized due to the partisan whims of a 51-person majority. Without the filibuster, like the U.S. Congress, the U.S. Senate would not need to work with the minority to pass legislation, and every four years would be a rollercoaster of laws enacted and repealed.

Democrats don’t care about this because what they (and Reich) see in the laughably titled “voting rights bill” is removing the right of the states to set their own election rules in a way that would make it impossible for Republicans to win another national or statewide election.

You see, Democrats do not believe they should have to make their case to the people. They just want to rule over all of us.

So Sinema’s refusal to kill the filibuster, even to pass this one piece of legislation, was a true act of statesmanship and independence, which is why extremists like Reich are comfortable publicly calling for her to be physically assaulted.

Sadly, this call for violence from Reich, and the fact that no one in the corporate media have called him on it, is par for the course in a Democrat party that has gone full-Brownshirt. Democrats are now perfectly comfortable with violent rioting in their own cities. Democrats are eager to release violent criminals into their cities to prey on their own voters. That’s just the way it is now.

Violence is now part of the Democrat party’s DNA and standard operating procedure. The corporate media are fully on board. And this is why Reich felt comfortable being so open about his call for Democrats to give a woman senator “the backs of their hands.”