Republican members of the House Intelligence Committee informed Chairman Adam Schiff (D-CA) on Wednesday they will “not comply” with his coronavirus testing requirements prior to partaking in committee business.

Rep. Mike Turner (R-OH), Ranking Member of the committee, revealed in a letter on Wednesday that Schiff attempted to require members to submit to testing and produce a negative coronavirus test prior to participating in an upcoming committee function.

“Republican Members of the House Permanent Select Committee on Intelligence will not submit to testing and your request to produce a negative COVID-19 test prior to an upcoming official Committee function,” the Republicans wrote, adding that the Democrat’s request “comes at a time when the average American worker does not have access to timely PCR or rapid antigen testing”:

“Americans who are caregivers for elderly loved ones worry about exposing their family members to COVID and do not have available testing options to protect them. The Biden Administration has failed to live up to its promises to ensure COVID-19 testing is widely available to the public and did not prepare to respond to a surge due to variants like Omicron. Your request that Members, who do not exhibit any symptoms and have not had any known exposure risks, have a negative test result in order to do our Congressionally mandated job is unprecedented.

Republicans added that Schiff’s request is “not in line with other House protocols,” as members do not have to produce a negative test to debate or vote on the House floor. 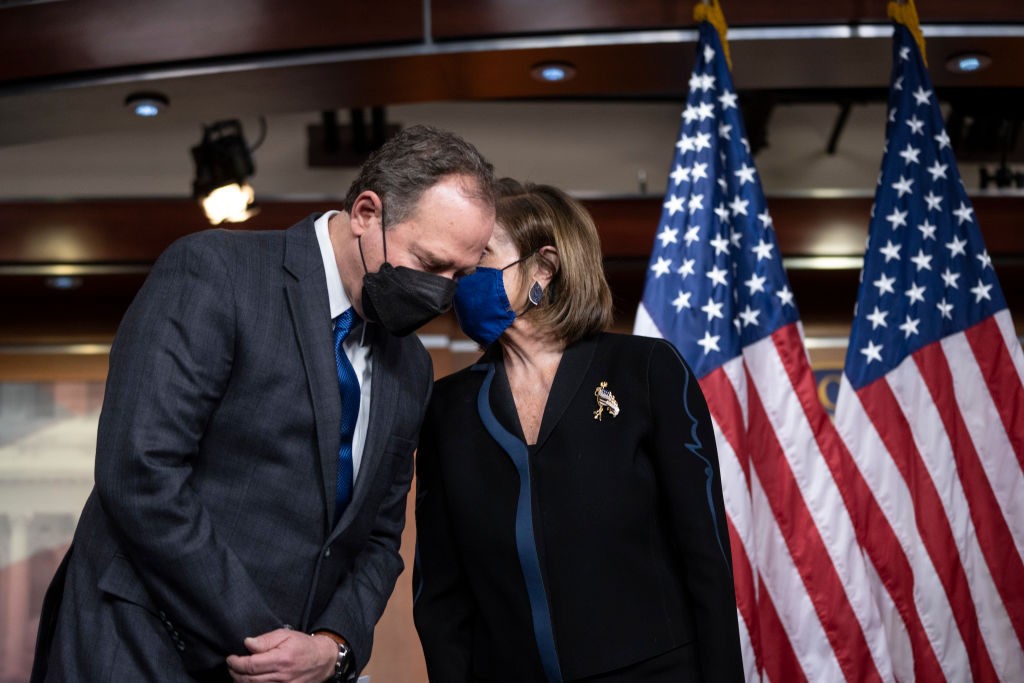 “This policy is inconsistent with the rules imposed by the Speaker to conduct the business of the House, as well as rules currently imposed by any other Committee in the House of Representatives,” they continued, making it clear they will “not comply” with his request.

Schiff’s demand follows his recent decision to fundraise off of House Republican Leader Kevin McCarthy’s (R-CA) exclusive interview with Breitbart News, declaring this month that McCarthy “can never be allowed to become speaker.”