Martin Luther King, Jr.’s wife, Coretta Scott King, once declared that barring illegal aliens from taking jobs in the United States is necessary to “stopping … the undercutting of American jobs and living standards.”

In 1991, as a group of Republican and Democrat Senators sought to eliminate fines for U.S. employers who knowingly hire illegal aliens, Scott King joined forces with a coalition of black American and Hispanic advocacy organizations to urge against such a plan.

Their plan, as proposed, would have eliminated the fines that the federal government is allowed to slap employers with when they are found to be employing illegal aliens over American citizens and legal immigrants. Hatch and Kennedy claimed that the fines had spurred workforce discrimination, which opponents said was exaggerated.

A similar plan was introduced in the House, sponsored by Reps. Edward Roybal (D-CA), Nancy Pelosi (D-CA), Barbara Boxer (D-CA), and John Lewis (D-GA), among others.

At the time, Scott King authored a letter to Hatch, warning him that allowing a flood of illegal aliens to take jobs in the U.S. economy would have a particularly devastating impact on black Americans and newly arrived legal immigrants who remain the most likely to compete for jobs against illegal aliens.

“We are concerned, Senator Hatch, that your proposed … elimination of employer sanctions will cause another problem — the revival of pre-1986 discrimination against black and brown U.S. and documented workers, in favor of cheap labor — the undocumented workers,” Scott King wrote:

This would undoubtedly exacerbate an already severe economic crisis in communities where there are large numbers of new immigrants. [Emphasis added]

Finally, we are concerned that some who support the repeal of employer sanctions are using “discrimination” as a guise for their desire to abuse undocumented workers and to introduce cheap labor into the U.S. workforce. America does not have a labor shortage. With roughly seven million people unemployed, and double that number discouraged from seeking work, the removal of employer sanctions threatens to add U.S. workers to the rolls of the unemployed. [Emphasis added]

Additionally, it would add to the competition for scarce jobs and drive down wages. Moreover, the repeal of employer sanctions will inevitably add to our social problems and place an unfair burden on the poor in the cities in which most new immigrants cluster — cities which are already suffering housing shortages and insufficient human needs services. [Emphasis added]

Scott King continued, writing that although fining employers for hiring illegal aliens is “not a panacea for the nation’s illegal immigration problems” they are a “necessary means of stopping the exploitation of vulnerable workers and the undercutting of American jobs and living standards.” 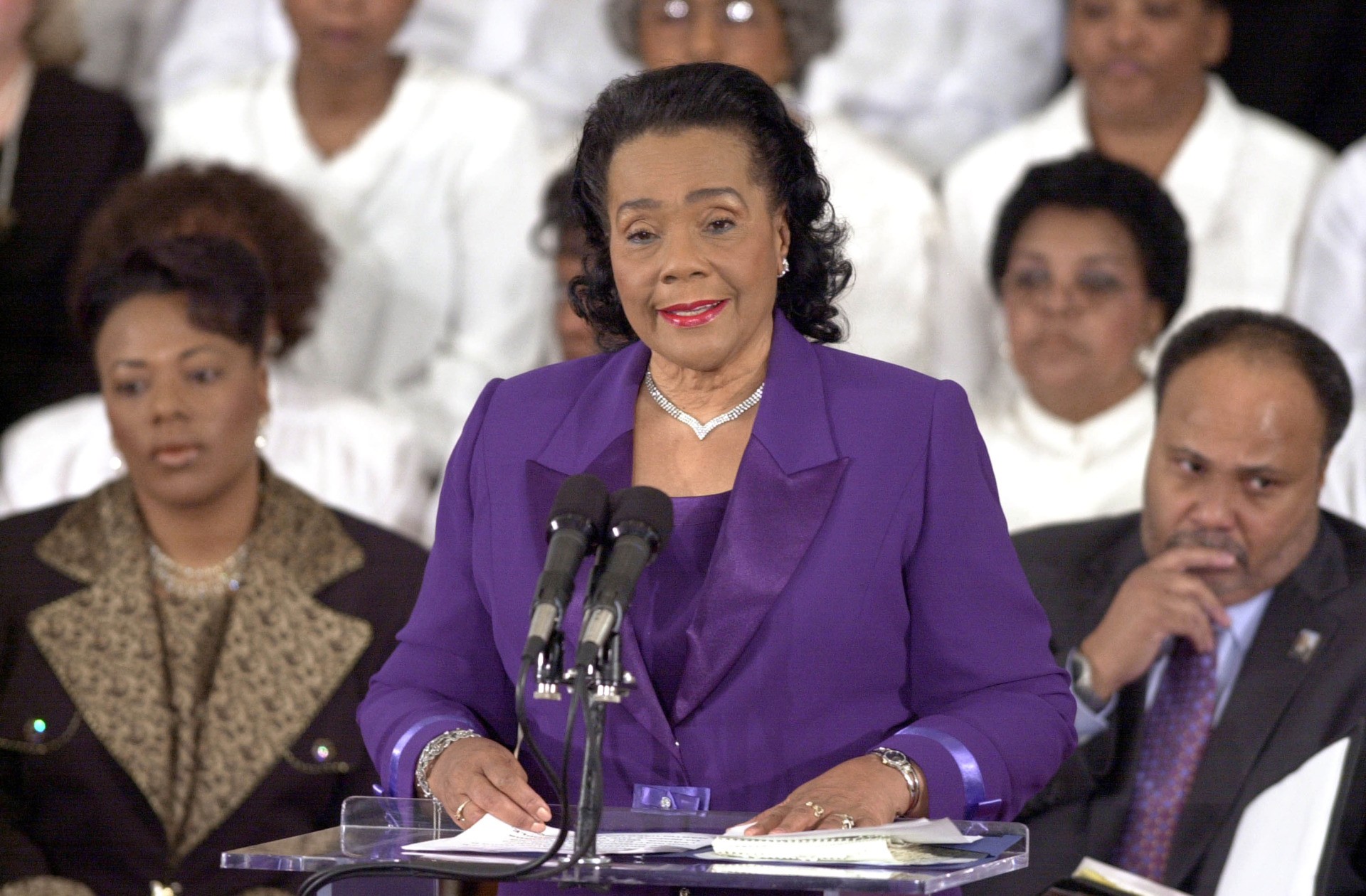 Other signatories were Jack Otero of the Labor Council for Latin American Advancement, Walter Fauntroy of the African American Action Alert Communications Network, Parren Mitchell of the Minority Business Legal Defense and Education Fund, William Lucy of the Coalition of Black Trade Unionists, Norman Hill with the A. Phillip Randolph Institute, Dr. Ramona Edelin of the National Urban Coalition, Richard Hatcher of the R. Gordan Hatcher Association, and Daisy Wood of the National Pan-Hellenic Council.

With the help of Scott King, and opposition from lawmakers like Sen. Alan Simpson (R-WY) as well as unions like the AFL-CIO, the effort failed in both the House and Senate.

In recent decades, fines on employers who hire illegal aliens have dropped off significantly — spurring a growing number of lawmakers to back mandating nationwide the government’s E-Verify program, which screens illegal aliens out of the hiring process.

The drop-off in workplace immigration enforcement has come as the nation’s illegal alien population has boomed to anywhere between 11 to 22 million. Today, it is estimated that at least eight million illegal aliens hold U.S. jobs.