President Joe Biden called for the renewal of monthly government payouts to families, noting its success at reducing child poverty.

“That child tax credit was really helpful and we gotta get that renewed,” Biden said Sunday, during a visit to Philabundance, a hunger relief organization in Philadelphia.

Biden and first lady Jill Biden volunteered Sunday at the organization to help pack boxes of food for the needy.

The president spoke through his mask as he put large bags of carrots into boxes of food on a moving conveyer belt.

During his conversation with volunteers, Biden said he had “one complaint” about his life, noting that the monthly government payments to families had not been renewed.

The monthly payments to families began in July, sending parents as much as $300 per child every month as part of Biden’s temporary boost to the child tax credit passed in the American Rescue plan last year. The tax “credit” was sent to parents, even if they did not make any income.

The monthly payments were sent to families without a work requirement, earning criticism from even Democrats such as Sen. Joe Manchin (D-WV).

Extension of the tax credit was part of Biden’s Build Back Better agenda, which officially died in December after Manchin said he would not support the bill, making it impossible to pass, not having a majority of Democrat backing. 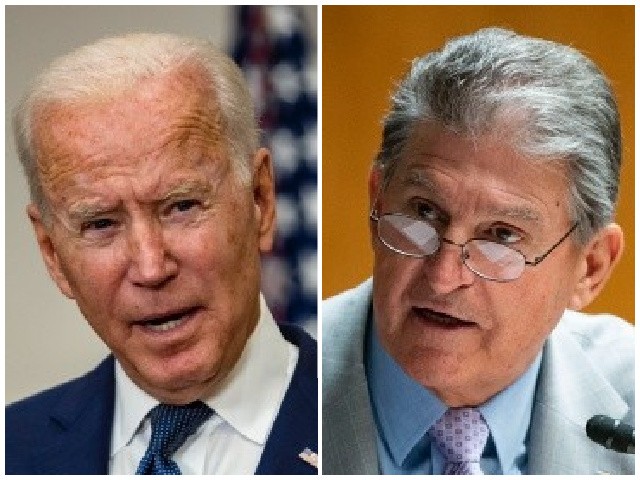 Biden and Vice President Kamala Harris repeatedly cited the expanded tax credit as one of their greatest successes in their first year in office.

Biden called on activists to put pressure on senators to get it renewed.

“They don’t realize that it literally did reduce child poverty by 40 percent,” he said.

December’s payment was the last payout families will receive unless the program is renewed.

On another note, Biden revealed to volunteers during the event that one of his favorite foods is pasta with red sauce.

“They kid me. … ‘You’re president of the United States. Why do you want peanut butter and jelly?'” he said.