Florida Gov. Ron DeSantis (R), appearing during a Friday episode of the Ruthless variety program, said Dr. Anthony Fauci’s hysteria led to lockdowns at the beginning of the pandemic — something he did not initially see coming in the early months.

“We are a free state in the state of Florida. We are not ever going to let this state defend into some type of Faucian dystopia where your freedoms are infringed, where your jobs are ruined and livelihoods destroyed,” DeSantis said during the episode before detailing one of his proudest decisions as governor, as well as listing one decision he made that he would go back and change if he could.

“When it wasn’t fashionable, when we were taking all the incoming, we made sure that our kids would be in school. They’d be playing sports, and we were not going to take out the fears of adults onto these kids, and we stood our ground on that from the beginning,” he said.

“And I think down the line, you’re going to see different social dysfunctions in these other places, and Florida’s going to be a lot healthier,” he said, predicting that decision will wield “years and years of positive feedback.”

When asked what he would go back and change if he could, DeSantis said he wished he was more aware of the threat of lockdowns in the early months of the pandemic. In the beginning, DeSantis said, he was engaged, urging former President Donald Trump to stop flights from China. However, DeSantis said he “never thought in February, early March, that it would lead to locking down the country.” 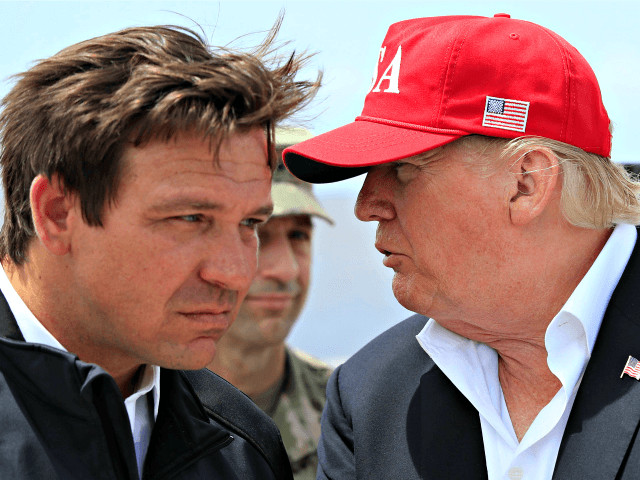 “I just didn’t. I didn’t think that was on the radar. I was dealing with — I had Pence and the CDC director down in Port Everglades talking about cruise ships the second week of March, and no one was talking about shutting down the country,” he said.

“If that was a threat earlier, I would have been much louder” about standing against locking the country down, he continued, pointing squarely to Fauci and other public health experts who sparked widespread fear.

“But what happened was people like Fauci panicked,” he said, explaining they were following data out of China “which is not trustworthy”:

“You know, Fauci will say, ‘Chinese scientists, they’re not Communists. They’re scientists.’ When you’re in China, you’re all controlled by the CCP and yes, Fauci funded them at the Wuhan lab and he lied about it,” he added. “And why is he not being prosecuted or lying to Congress?”