A plurality of Americans feel as though President Biden is dividing the country, despite his original pledge to unify, a Quinnipiac University Poll released this week found.

A plurality, 49 percent, said they feel as though Biden is doing more to divide the country, while 42 percent say he is uniting. However, that is outside of the survey’s +/- 2.7 percent margin of error.

Biden mentioned unity several times during his inauguration speech, which he delivered nearly a year ago. 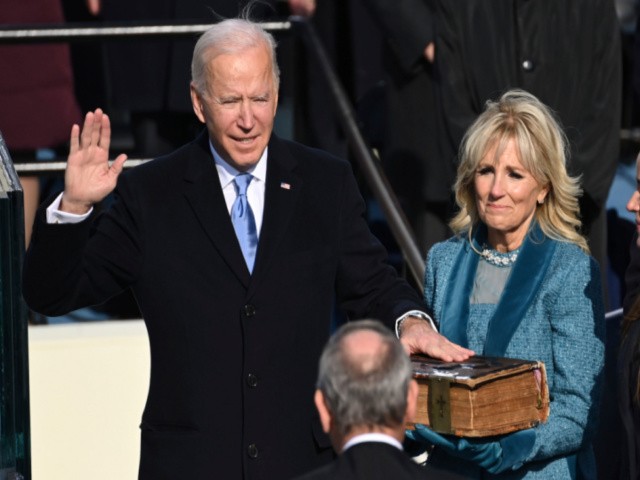 Joe Biden is sworn in as the 46th president of the United States by Chief Justice John Roberts as Jill Biden holds the Bible during the 59th Presidential Inauguration at the U.S. Capitol in Washington, Wednesday, Jan. 20, 2021. (AP Photo/Andrew Harnik)

“For without unity, there is no peace, only bitterness and fury. No progress, only exhausting outrage. No nation, only a state of chaos,” he claimed. “This is our historic moment of crisis and challenge, and unity is the path forward.” 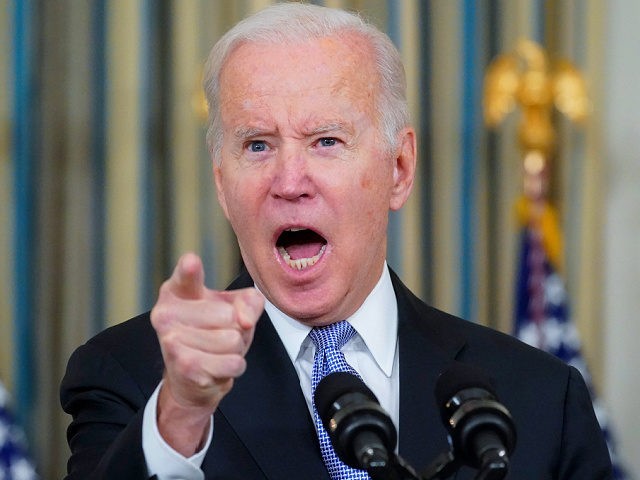 President Joe Biden responds to a question about the U.S. border as he speaks in the State Dinning Room of the White House, Saturday, Nov. 6, 2021, in Washington. (AP Photo/Alex Brandon)

However, critics say Biden essentially nullified all of those lofty ideals, particularly during his angry coronavirus speech in September 2021, where he scolded unvaccinated Americans, warning that his patience was “wearing thin” and claiming that their refusal “has cost all of us.”

“The bottom line: We’re going to protect vaccinated workers from unvaccinated co-workers,” he said in the divisive speech, announcing vaccine mandates, which he previously promised not to pursue.

Notably, in light of these opinions from the American electorate, Biden’s approval rating stands at just 33 percent.