President Donald Trump’s eldest son Donald Trump, Jr., shot a turkey during a hunt the morning of the NRA’s 2019 convention.

Trump, Jr., provided a photo of himself holding up the turkey and sent it to Breitbart News exclusively, published here: 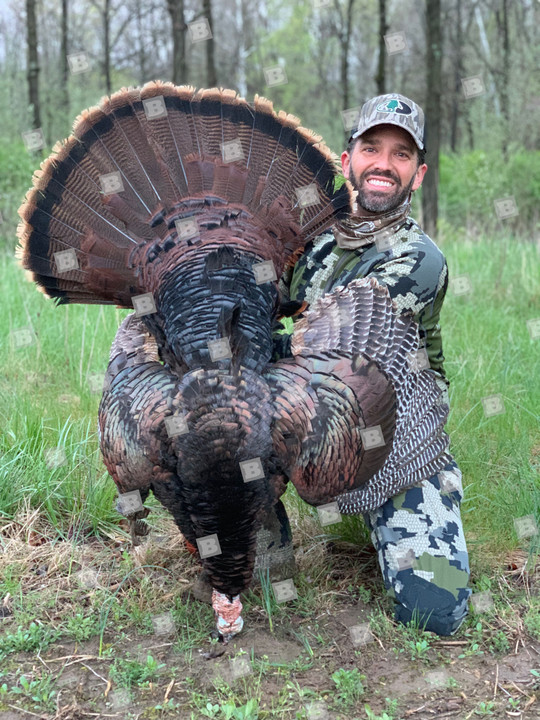 The Indianapolis Star tweeted a photo of Trump, Jr., on a farm in Crawfordsville for the hunt:

The Star reports that after the hunt Trump, Jr., had breakfast at a nearby diner before heading to Indianapolis for the NRA convention.

Montgomery County Commissioner John Frey hunted with Trump, Jr., and said he was a “heck of a nice guy.”

Trump, Jr., has been a voice for hunters and outdoor life for many years, including long before his father ran for president.

“The Second Amendment, shooting, hunting, for me it’s a lifestyle,” Trump, Jr., said. “It’s not just something I do.”

Hunting has been a passion for me when I’m not working and with my family, and frankly, it’s been a passion when I’m with my family as well. The discipline, the good times, the bond that I’ve had in a hunting camp, around a campfire, on a shooting range, all of those things as well as the discipline and patience it takes to become a competitive shooter, those are all values I want to pass on to my kids. I want to make sure they get them, so I want to make sure to preserve these things for my kids and for their kids after them.

AWR Hawkins is an award-winning Second Amendment columnist for Breitbart News and the writer/curator of Down Range with AWR Hawkins, a weekly newsletter focused on all things Second Amendment, also for Breitbart News. He is the political analyst for Armed American Radio. Follow him on Twitter: @AWRHawkins. Reach him directly at [email protected]. Sign up to get Down Range at breitbart.com/downrange.