Recently, a particularly bone-headed leftist threw up a website, recruiting fellow dunderheads to “crash” the tea parties. To be honest, I initially assumed it was a clever black-bag operation by someone affiliated with tea parties. The media is snipe-hunting for any shred of evidence that ‘tea partiers’ are the racist, homophobic rubes they just know they have to be. Nestled snuggly on their coastlines, it is impossible for them to understand that people “out there” in the rest of the country might not be thrilled about losing their rights, freedoms and hard-earned wages. A site that advertises it will plant these messages at rallies was the ultimate protection against the media’s lies.

But, no, it turns out the “crash” effort was a straight-up and highly public effort by a leftist to fake racist and homophobic smears among tea partiers. I always knew the left had a certain degree of incompetence, I just didn’t realize they had Apple-Dumpling-Gang levels of stupidity.

So, today, tonight and in the coming months, tea party patriots may find some uninvited guests at their events. Thanks to the efforts of the great JS, we here at Big Government want to provide you with the only resource you need to deal with the latest leftist silliness. 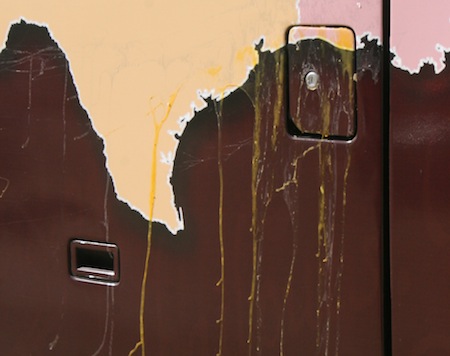 Below is a PDF file of the signs. Have a few of these with you for your next tea party rally. As they say, a picture is worth a thousand words.