Pump this up, please: 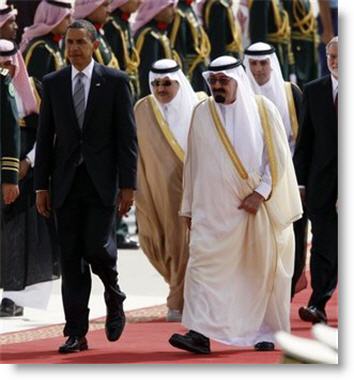 And I live in Canada.

The reason I’m here is that I saw such American arrogance being born in the Clinton Administration with Janet Reno’s assaults upon violence on television.

They were as ominously totalitarian as her assaults upon Waco.

When I knew I was losing my battle with the Clinton Administration, I went North.

Now I watch with equal helplessness as Fox News, Sarah Palin, Paul Ryan and the Tea Partiers raise a similar hue and cry against Obama.

All will be for naught as long as Roe v Wade still stands on the books.

are rattling all of our cages, the long-shot photo – in a Hot Air web site – of Obama bowing to the President of Red China makes the reality of Big Brother grotesquely comic in light of the diminutive CEO of … yes … World Communism.

A second glimpse of the clip is beyond chilling when you consider that this is President Obama’s only consistent humility.

Homage before dictators and tyrants.

Our new Big Brother, President Barack Obama, pays tribute to his role models within the growing nightmare of Red Islam.

How did we get here?

When did America begin to put on her own prison clothes?

1973, with the passing of the Roe v Wade Decision legalizing murder.

It was inevitably a suicidal blow to our freedom.

To fully close our chapter, Abraham Lincoln said, “If America is destroyed, it will not be by a foreign power. If it dies, it will be by suicide.”

However, it was ultimately Roe v Wade that has become America’s suicide note.

Loathing of gestating infants to the point of murder is, indeed, the clear metaphor for our ultimate self-loathing and America’s inevitable suicide, a consummation devoutly to be wished for by the entire Obama Nation.

Planned Parenthood as a nationalized Murder, Inc. is the united declaration that death is the best solution to most of our major problems.

Roe v Wade was beyond a bipartisan agreement. Republicans actually dominated the Supreme Court in 1973.

Meanwhile our best and brightest, such as Glenn Beck and Paul Ryan, are rallying our forces to defeat this 100 year-old nightmare of American Progressivism.

Despite all that “Faith, Hope and Charity”, our commanders have yet to designate the real moment the United States gave up its soul to the homicidal likes of Lenin, Stalin, Mao and the equally murderous Jihads.

It was in the Nixon/Kissinger era, when we were giving up South Vietnam, that we also gave up our Judeo-Christian heritage by legalizing murder.

Lincoln’s own Party, the Nixon/Kissinger Republicans, ushered in the very suicide that our 16th President had prophesied.

Republicans like Reagan and the Bushes did not attend to their Party’s greatest cardinal sin when they talked “Pro-Life” and did actually nothing about it.

A Constitutional Amendment should have been passed under their 20 year-long Presidencies, banning forever not only decisions like Roe v. Wade but similarly life and freedom threatening Supreme Court commandments like the Dred Scott Decision legalizing slavery and the Buck v Bell Decision legalizing the State’s right to sterilize the so-called “unfit”.

Even if one is too lazy to memorize the Ten Commandments, or, like myself, to suspicious of a religious brand of tyranny, the Golden Rule of the New Testament can be understood by a three-year old and not easily forgotten.

The Golden Rule is the moral and spiritual equivalent of Einstein’s theory of relativity.

Defilements of our last bastions of sanity and individual freedom, the Golden Rule and our Declaration of Independence, our Founding Fathers’ assurance that all men are “created”, not gestated, with the “inalienable right to life”, treason can go no deeper than the Supreme Court’s repeated and profoundly Obama-like arrogance.

The insolent face of Obama, Mussolini-like, is beyond elitism.

It’s beyond even the megalomania oozing out of every pore.

It is just plain evil.

However, we are the original and soporifically evil ones.

Our acceptance of Roe v Wade for 37 years?!

We fought a Civil War to overturn Dred Scott.

How many lives must be lost to do the same with Roe v Wade?

With murder again forbidden, not only would we return home but the Progressive, Red Islamic, New World Order enemies of Western Civilization would be put on probation if not actually ostracized like neo-Nazis.

Unless that is done, however, nothing that our Glenn Becks, Paul Ryans and Sarah Palins can do to cut Progressivism and the Obama Nation down to size will survive long enough to make any major difference.

Until Roe v Wade is ended, there won’t be any discernible drop in the tempo of our fall into the complete fulfillment of 1984 … and its inevitable aftermath, which is worldwide suicide.