Alexander Gintsburg, director of Russia’s Gamaleya Research Institute of Epidemiology, claimed on Tuesday that the Sputnik V vaccine developed by his institute is at least 75 percent effective against the highly-contagious omicron variant of Chinese coronavirus and protection “will reach 100 percent” with a “Sputnik Light” booster shot.

“Sputnik Light might be considered not only for primary vaccination, but also could be useful as an efficient tool for further revaccination or vaccination after previous [Chinese coronavirus] infection,” the Gamaleya Institute said in November after publishing a study claiming the single-shot vaccine was 70-percent effective against delta, the coronavirus variant du jour at the time.

Some Russian health officials said delta was dangerous enough to make them delay plans for shifting to Sputnik Light as the primary vaccine, but they would recommend it as a booster shot for Sputnik V users.

According to Gintsburg on Tuesday, Sputnik Light proved remarkably effective in that capacity.

“In total, the efficacy of the Sputnik V vaccine against the Omicron variant hits 75%. If one is revaccinated… with Sputnik Light, the protection against Omicron will reach 100%,” he said. 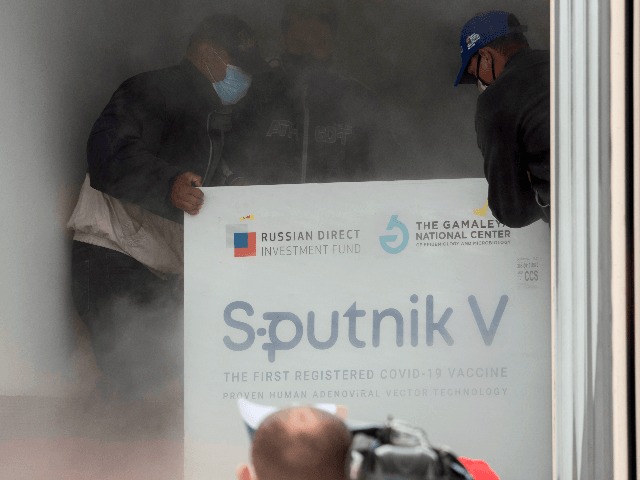 Gintsburg said the Gamaleya Institute found an “eightfold” decrease in the efficacy of double-shot Sputnik V against omicron, which he portrayed as superior to “other jabs” that showed a “21-fold decrease.”

Gintsburg declared these studies prove Sputnik is a “highly efficient vaccine” that can “completely protect our population” with booster shots. He also recommended Sputnik Light as a booster shot for consumers of other vaccines.

Hungary reported receiving a shipment of Sputnik Light for evaluation last week. Hungary distributed a mixture of Russian, Chinese, and Western vaccines to its citizens. Many Hungarians who received the Chinese and Russian jabs came to regret their choice and opted for booster shots from companies like Pfizer and Moderna.

Indian officials said in early January they would consider granting emergency use authorization for Sputnik Light, and possibly also for Sputnik M, a vaccine formulated for adolescents.

British research published in December found Pfizer and Moderna vaccines appeared to offer the best protection against Omicron, but even their effectiveness was modest, and declined considerably within a few months of vaccination. 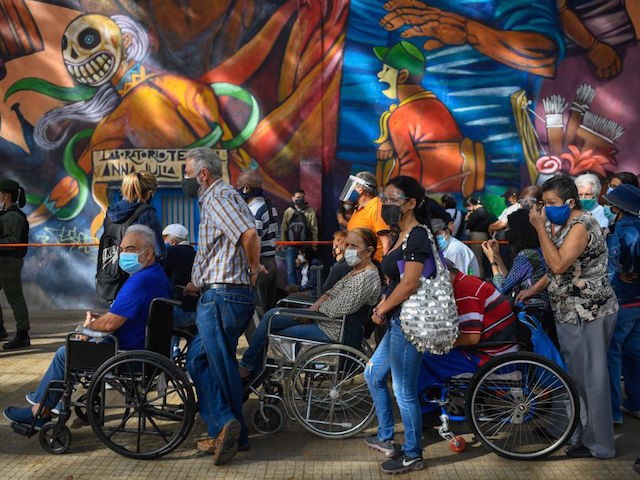 People wear face masks as they line up to receive the first dose of the Sputnik V vaccine against the COVID-19 coronavirus during a vaccination day promoted by the municipality and supported by the state government in Caracas, on June 3, 2021. (FEDERICO PARRA/AFP via Getty Images)

The study did not have much data on Sputnik to offer, but researchers predicted it would not be nearly as effective against Omicron as the Gamaleya Institute now claims.

Sputnik V has not yet been approved for use by the World Health Organization (W.H.O.). The Gamaleya Institute was scheduled to submit two more rounds of clinical data to W.H.O. in December and January, followed by inspections of Sputnik manufacturing facilities by W.H.O. in February.