Data released by China’s National Bureau of Statistics on Monday showed births running only slightly ahead of deaths in 2021, providing further evidence that the Chinese population has stalled out at 1.413 billion and might already be declining – a fearsome prospect for an economic system designed on the assumption of stable or steadily-increasing population.

China enjoyed a slight increase in birthrates in 2016 after discarding its decades-old “One Child Policy,” a human-rights abomination that led to forced abortion and infanticide.

The uptick did not last, in part because the Chinese Communist Party belatedly realized the One Child Policy prompted couples to abort girls in lopsided numbers, depriving the next generation of young mothers. The last Chinese census showed men aged 20-40 outnumbering women by 17.5 million.

By 2019, China’s birth rate was once again falling to historic lows, and in 2021 it hit 7.52 births per thousand people, which would qualify China for the “bottom 10” lowest birth rates in the world. The birth rate reported for 2021 was the lowest in 61 years. 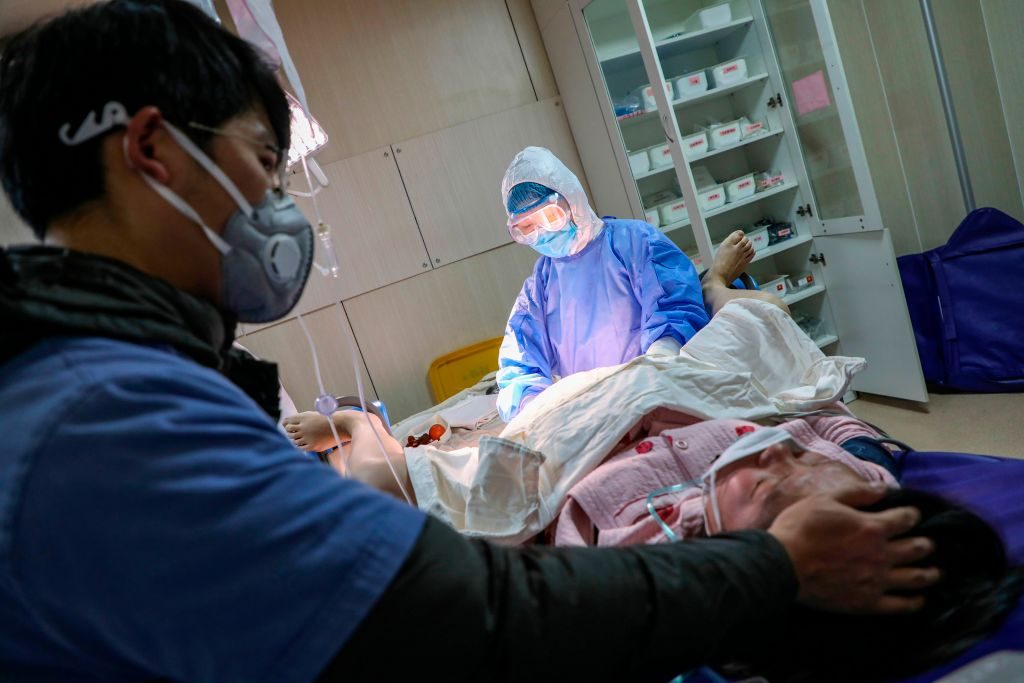 In this photograph taken on February 22, 2020 a pregnant woman wearing a protective facemask gives birth at a hospital in Wuhan in China’s central Hubei province. (STR/AFP via Getty Images)

The slow pace of births is causing the Chinese population to “age” rapidly. The new data release showed 18.9 percent of the population is now 60 or older, while only 63 percent is “working age,” meaning 18 to 59. As with many other industrialized nations, including the United States, China faces a declining number of workers paying benefits for a growing number of retirees.

The aging population could also derail China’s plan to become less reliant on exports, sustaining economic growth with rising domestic demand. A dwindling population will be unlikely to provide the kind of high demand China seeks.

The Wall Street Journal (WSJ) on Monday quoted Chinese officials who speculated the coronavirus pandemic reduced birth rates because the locked-down population had trouble dating and pairing off into marriages, and because a fearful public is less likely to have children.

“But researchers and officials also point to underlying factors, such as the dwindling number of women of childbearing age, that suggest low births have become a new normal,” the WSJ countered.

“The high cost of living, delayed marriages and lack of social mobility are frequently cited as contributing factors to young Chinese people’s reluctance to have children. In response, Beijing has banned expensive private tutoring, and pledged better access to childcare and maternity leave,” the UK Guardian noted. 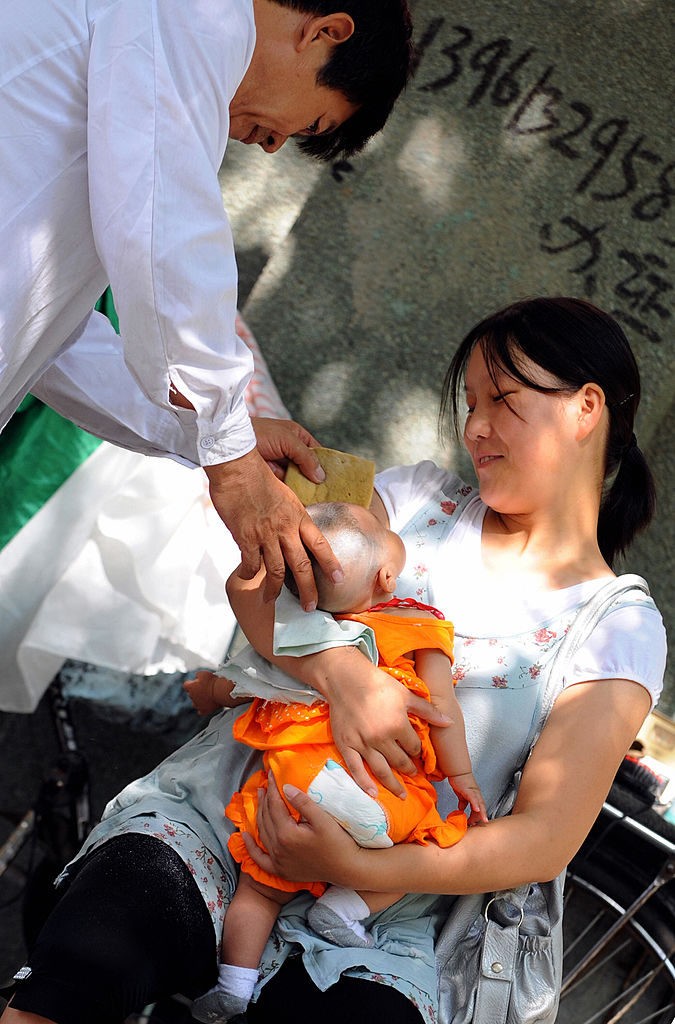 A Chinese mother carries her baby for his first hair trim, along a street in Beijing, before the coronavirus epidemic. (GOH CHAI HIN/AFP via Getty Images)

The Guardian quoted demographers who said the swift decline in births caught Chinese officials by surprise. The policy changes they have announced in response are “mostly rhetoric, or at most like Band-Aids,” according to University of California Irvine professor Wang Feng.

“Without addressing the deeply rooted causes discouraging young Chinese from getting married and having children, from gender inequality to high living cost, what we are seeing now is likely just the beginning of a further decline in birthrate and a prolonged process of population decline in China,” Wang predicted.

The South China Morning Post (SCMP) quoted Chinese officials hypothesizing that their biggest problem is a shortage of “first children,” because a large number of young people are choosing to defer marriage and having children while they work on their careers.

One Communist official warned that “indiscriminately doling out childcare subsidies” would not solve this problem, because such subsidies will not change the thinking of young, ambitious urban professionals, but could “raise the fertility rate among low-income groups.”