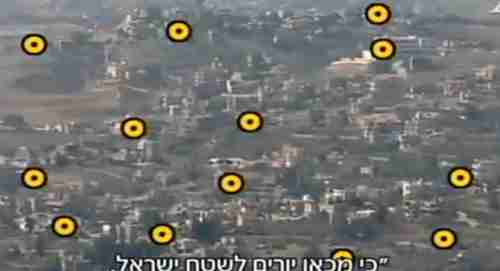 In a series of articles in the last week, we’ve been highlighting the Mideast realignment following the Gaza war and the effect of the rise of ISIS on Saudi Arabia as well as rise of ISIS on India. I used a Generational Dynamicsanalysis to outline how the Mideast is realigning itself around agrowing fault line separating Israel plus Egypt plus Saudia Arabiaversus the Palestinians plus Qatar plus Turkey, with vitrioliclyanti-American Iran increasingly aligning itself with America and theWest.

The terror groups Hezbollah, which is funded an controlled by Iran, isnot facing the same kind of schizophrenia that its puppetmaster Iranis experiencing. Iran’s attitudes towards Israel are greatly splitalong generational lines, where the older generations talk aboutdestroying Israel, and the younger generations like the West and don’thave anything particular against Israel.

The same cannot be said for Lebanon’s Hezbollah. I’ve seen no signsthat there’s any split at all in Hezbollah’s attitude towards Israel,which is a desire for its destruction.

The new story that, just a few days after the end of the Gaza war,Israel’s Defense Forces (IDF) are preparing for a “very violent” warwith Hezbollah highlights the situation.

In Israel’s 2006 war, Hezbollah’s rockets did not reach far intoIsrael, and they were poorly aimed. The same was true of Hamas’srockets in the Gaza war. But today Hezbollah has an estimated 100,000rockets and missiles, many with precision guidance systems and largewarheads, able to target all of Israel.

In the 2006 war, Israel targeted Lebanon’s infrastructure, in order toinhibit the transportation of weapons. In a new war, Israel wouldtarget homes in villages across Lebanon from which Hezbollah islaunching rockets into Israel. Israel received a great deal ofinternational condemnation for those actions in the Gaza war, and theywould be stepped up in a new war with Hezbollah. In addition, it’sbelieved that Hezbollah has build tunnels that travel from homes inLebanon deep into Israel, and these tunnels would be targeted.

There’s a real question whether Hezbollah’s puppetmaster, Iran, wouldhold Hezbollah back from this war. Despite anti-Zionist rhetoric,Iran has little to gain from a Hezbollah attack on Israel, and Israelcould retaliate by carrying out its long-time threat to bomb Iran’snuclear installations. Times of Israel

For the three days of September 19-21, people will be forbidden fromleaving their home, in an attempt to stop the spread of Ebola. Duringthis period 21,000 volunteers, including police and militarypersonnel, will fan out across the nation to talk with people abouthow to protect themselves from the disease, as well as identify Ebolacases.

The idea is that people who are infected with Ebola will have threedays to develop symptoms, and so will not then go out and accidentallyinfect others. Funerals have been a particularly important source oftransmission, and in fact the current outbreak has been traced to adozen individuals who attended the same funeral of an Ebola patient inGuinea in March. A dead Ebola patient is particularly infectious, andrelatives touch victims during traditional funeral rites in westAfrica, resulting in a rapid spread. Now, with the number of Eboladeaths surging, the number of funerals is also surging, and it’s hopedthat the three day lockdown, combined with education by the 21,000volunteers, will prevent accidental transmission at funerals and byother means.

However, Médecins Sans Frontières (MSF – Doctors without Borders) issaying that the idea is folly. According an MSF statement:

“Large scale coercive measures like forced quarantinesand lockdowns are driving people underground and jeopardizing thetrust between people and health providers. This is leading to theconcealment of cases and is pushing the sick away from healthsystems.”

Objections are also being raised to the use of 21,000 volunteers, mostof whom would lack the high levels of expertise required to diagnoseand deal with Ebola cases. According to MSF, “It will be extremelydifficult for health workers to accurately identify cases throughdoor-to-door screenings as this requires a certain level of expertise.And when cases are identified, there will not be enough Ebolamanagement centers to care for them.” Guardian (London) and CNN

Ebola pandemic may mean the end of the ‘Africa Rising’ dream

After decades of war that were so brutal that Liberia’s presidentCharles Taylor was accused of war crimes and crimes against humanity,West Africa finally seemed to be booming. Investment in had beenbooming, and the middle-class burgeoning. Democracy seemed to havetaken root. The “Africa Rising” narrative seemed to be coming true.

But the Ebola pandemic has changed all that. There have been nearly4,000 Ebola cases so far, cases are increasing exponentially and thereis a potentially vulnerable population in Sierra Leone, Liberia andGuinea in excess of 20 million. There have been over 2,000 deaths.

Health services throughout the region are completely overwhelmed. Andthe various lockdowns and quarantines are making matters worse.Airlines have canceled flights to and from the region, making itimpossible to fly in health workers. Even simple things like rubbergloves are in short supply because transporting supplies to differentregions is becoming impossible. The shortage of these supplies meansthat health workers are more vulnerable, and the shortage of healthworkers means that little can be done for Ebola patients except tojust let them die.

That’s true for more than just Ebola cases. This is malaria season inWest Africa. A person infected with malaria will be afraid to go to ahospital filled with Ebola victims, and health workers will be afraidto treat the malaria victim, who might have Ebola instead. So malariavictims will just be permitted to die, like Ebola victims. Even womenjust giving birth may die for lack of medical care.

The economic consequences are severe. The epidemic is causing laborshortages that are endangering harvests and pushing up food prices.

Ebola was first encountered in 1976, named after the Ebola River inthe Democratic Republic of Congo (formerly Zaire), where the firstknown outbreak occurred. That outbreak, and outbreaks since then,have all occurred in small villages and rural areas, where healthworkers were able to contain them quickly. The world has had noexperience dealing with an Ebola outbreak in large, crowded cities.

The fear is growing that this Ebola outbreak will never be contained,and that it will just have to run its course, until every person inWest Africa is exposed, and either dies or doesn’t die as a result.The fear is also growing that the epidemic will spread to othercountries, in some cases with the same result. Independent (South Africa) and BBC and Economist