Editor’s note: be sure to check out Reza Kahlili’s fascinating new book on his life as a member of Iran’s Revolutionary Guards while working for the CIA. 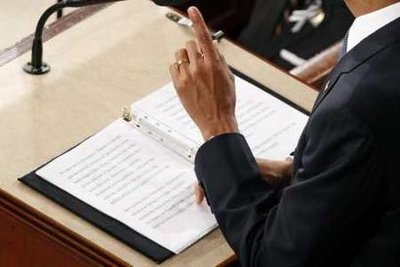 How did you go from being a member of the elite Republican Guards in Iran to working as a spy for the United States?

I was born in Tehran, Iran and raised in an upper Middle class family. Growing up in Tehran was wonderful and it seemed that most Iranians were happy, hopeful and the country was progressing. It was a very open society, women were free to do what they wanted, and religion was not an issue and many Jews, Christians and Muslims not only lived happily side by side but were friends and shared mutual respect.

I guess the only thing missing was lack of political freedom, freedom of speech and many political parties objected to that and would not accept the rule of Shah and his one party system.

It was early 70’s that my father asked me to go to US and continue my education. At first here I was homesick even though then living in Tehran was no different than Los Angeles but I quickly caught on and in no time I was having the time of my life, it was volleyball at the beach, football in the park, barbecues, road trips to Vegas, watching football games, and only occasionally cracking a book before going to the next party. I became part of the American society.

By the time I graduated the Iranian revolution had taken place. I was also excited and returned home believing that I could help my country with its progress. My childhood friend was part of the Revolutionary Guards and asked me asked me to join because of my education thinking I could help the organization with my expertise.

Soon I was horrified by the actions of the clerics and what the Guards were doing. Political parties were banned and many ended up in Evin prison where they were tortured beyond anyone’s imagination and executed because as Khomeini believed, enemies of Islam had to be eliminated. Revolutionary courts were formed and mass executions took place, there was no trial no defense, just a verdict by a clergy Judge, thousands were executed. Among them my other childhood friend and his siblings. It was then that I decided to come back to America and seek help.

How did you get recruited by the CIA? Did you approach them? Give us the story.

I came back to US, in the eighties. After a short while, I contacted the FBI because I could not find a number for the CIA. Of course it took a lot out of me to come to such decision and more so to carry it out.

The FBI agents set up a meeting and I met them at their office. I think we spoke about an hour or two where I talked about Iran, activities of the Guards and presented the documents I had brought with me. That meeting was a total let down as I got the feeling that those agents were not up to what I was presenting them with. They even called the Revolutionary Guards, the Red army, mixing it up with the Soviet Union. That added to my confusion and I was seriously thinking if I had made a big mistake.

Finally in a meeting that they called for this time in a Hotel, where we talked briefly before a man from the adjoining suite came in introducing himself as a CIA officer. From there on I was aligned with him. He was extremely knowledgeable and down to earth. He had proposed the idea of me becoming a spy, becoming their eyes and ears to help my country as he put it but also making it clear that it would be dangerous and that if I were caught the US would not come to rescue, as a matter of fact he said, America would deny any relationship.

He never pushed me to any direction always leaving it up to me to choose and when I accepted to become a spy, it was totally my decision and on my own.

After 4-6 weeks of debriefing and a polygraph test, I was sent to Europe for training where I learned how to receive coded messages and write invisible letters.

How did your movement away from the radical Islamic cause to that of individual freedom damage your relationship with family and friends?

As I have explained in the book most of my family were against the regime and so I would find it very hard to be around them as they despised what I did. My mother died without knowing the true nature of what I was doing and till her death she opposed my collaboration with the Guards. My wife also could not understand how an educated guy in the US could come back and act as a radical Islamist. We had many arguments and I had to continuously lie so that I could continue on my operation.

What’s the biggest misconception that people have about Iran?

There are several, one is which I have tried to show as clearly as possible in the book that barely a year or so after the revolution, the Iranians were praying for an overthrow of this regime, that they have been dearly for over three decades in rising up to the radicals in Iran and that have continuously been betrayed by the West with their behind scene negotiations and at times collaboration with the Islamic regime in Iran. The Iranians are one of the most westernized people in the West and have nothing but love for America. They desire freedom and democracy.

The other big misconception that I once again have detailed in my book is about the radicals ruling Iran. The West has wrongfully believed that negotiations will result in change of behavior. They have continuously sidestepped their own principles of humanity, freedom and democracy to negotiate with the Iranian leaders and they have continuously failed. Their failure is due to the lack of understanding of the philosophy / ideology that the clerics believe in. They don’t understand “Red Shiaism” which calls for endless bloodshed and endless wars until such time that Islam conquers the world. They don’t understand that the Iranian leaders take it literary from the Quran “Deceive thy enemy until such time you are strong enough to destroy them” or “Jihad on infidels, killing them until there are no more sinners on Earth and all are believers of Allah.”

When I was in the Guards as a spy, I continuously reported on the dangers that this regime would pose to the world. I had hoped that my efforts would make American leaders realize that they need to help Iranians for change. At that time the Guards had simple armaments and were not nearly as strong as they are today. The Guards today have the largest Ballistic Missile inventory in the Middle East. They could target all US military bases, all of Israel and every capital in Western Europe. They have overtaken Lebanon through arming of Hezbollah, They are training and arming Hamas, Taliban and Al Qaeda terrorists. Their Quds forces have expanded through out the world, established strong ties in Africa, Latin America and have established several bases in Venezuela and they transfer arms and explosives to help Islamist militia.

Tomorrow they will have nukes and this would be the biggest failure of the West in world’s history to avert the destruction and the killing that will pursue.

What’s the most effective policy for the US to pursue in order to bring about change in Iran?

Time is running out and we must take immediate action to bring about change in Iran which will go a long way to secure world peace and stability. This should be the top of the list priority on our politicians’ list as it is directly related to our national security, our financial stability and the two wars in Iraq and Afghanistan. There are two remaining options:

The above actions will embolden the Iranians and will demoralize the loyalists who will then jump ship further widening the crack in the establishment already in place and the government will fall.

What do you miss the most about your home?

What I miss most is the time of my growing up before the revolution. There was peace, happiness and beauty. I miss grandpa’s yard filled with flowers, all family members would gather every Friday sitting on benches covered with Persian rugs under the mulberry tree by the fish pond listening to grandpa’s amazing stories. I missed my childhood friends and the simplicity of our friendship and the life we had. However it is all gone now and all I can hope for is that the future generation will be able to experience the same if change comes to Iran.

Are the American people too naive about the world in general and Islamists in particular?

I think most Americans don’t realize that Iranians are just like them desiring freedom, democracy and friendship. And that they are looking for that day where they could once again show their true hospitality and friendship to the world, specially America. They also do not understand how dangerous the Islamic regime in Iran is and how hundreds of thousands of Iranians have lost their lives under this criminal regime. They do not understand that this is a messianic regime and that war, chaos and martyrdom is welcomed for the glorification of Allah.

Are you hopeful about the future?

I am hopeful and that hope gives me energy to continuously try to bring awareness to our leaders and try to make them understand that change in Iran is the only way for peace and stability in the world. I am hopeful that they will realize this reality and will help bring about change in Iran before its too late for all of us.