Russia’s decision to shut down a major institution responsible for the immigration of Jews to Israel would constitute a “serious event” that would gravely impact ties between the two countries, Prime Minister Yair Lapid said Sunday.

The Russian Justice Ministry last week called for the “dissolution” of the Jewish Agency in Russia, claiming it had violated a number of unspecified laws.

Israel believes the move is a warning over the newly appointed Lapid’s outspoken support of Ukraine and condemnation of Russia.

“Closing the Jewish Agency offices would be a serious event that would affect ties,” Lapid told senior officials on Sunday, according to a statement form his office.

He also ordered that a legal delegation be dispatched to Moscow to discuss the move.

“Prime Minister Lapid said in the meeting that ties with Russia are important to Israel. The Jewish community in Russia is large and important and comes up in every diplomatic discussion with the administration in Moscow,” the statement said.

A preliminary hearing is due to take place on Thursday in a Moscow court. 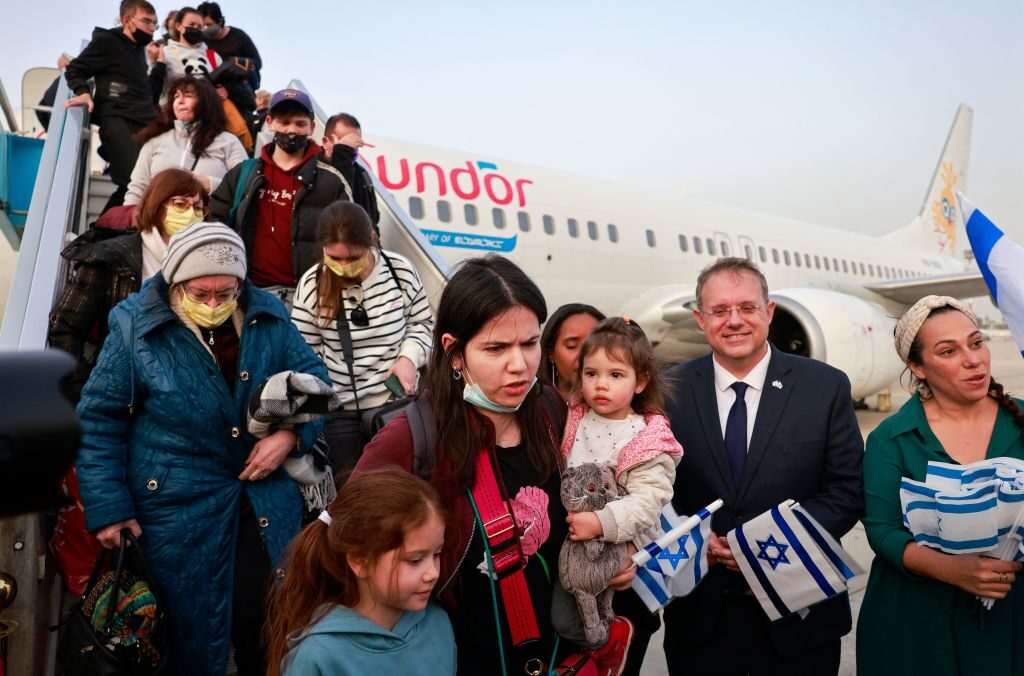 Passengers disembark from an airplane carrying Jewish immigrants fleeing the war in Ukraine, upon arrival in Israel’s Ben Gurion Airport in Lod near Tel Aviv, on March 6, 2022. (MENAHEM KAHANA/AFP via Getty Images)

“Russian Jews will not be held hostage by the war in Ukraine,” said Israeli Diaspora Affairs Minister Nachman Shai. “The attempt to punish the Jewish Agency for Israel’s stance on the war is deplorable and offensive.”

“In the past days and weeks, Russia, isolated as it is from the free world, strengthened its military and political alliance with Iran and Syria. At the same time, it took steps to stop the operations of the Jewish Agency, the central organization connecting Israel and the Jews of the Diaspora, in its territory,” Sharansky wrote on Facebook.

Israelis “must protect our interests in ways that don’t rely on relinquishing our moral positions but rather on insisting on upholding them and to join the free world’s fight to stop Russia’s aggression.”

Sharansky, who as a “refusenik” was imprisoned for a decade in the Soviet Union for his human rights work, called on Jewish Russians not to postpone plans to immigrate to Israel. 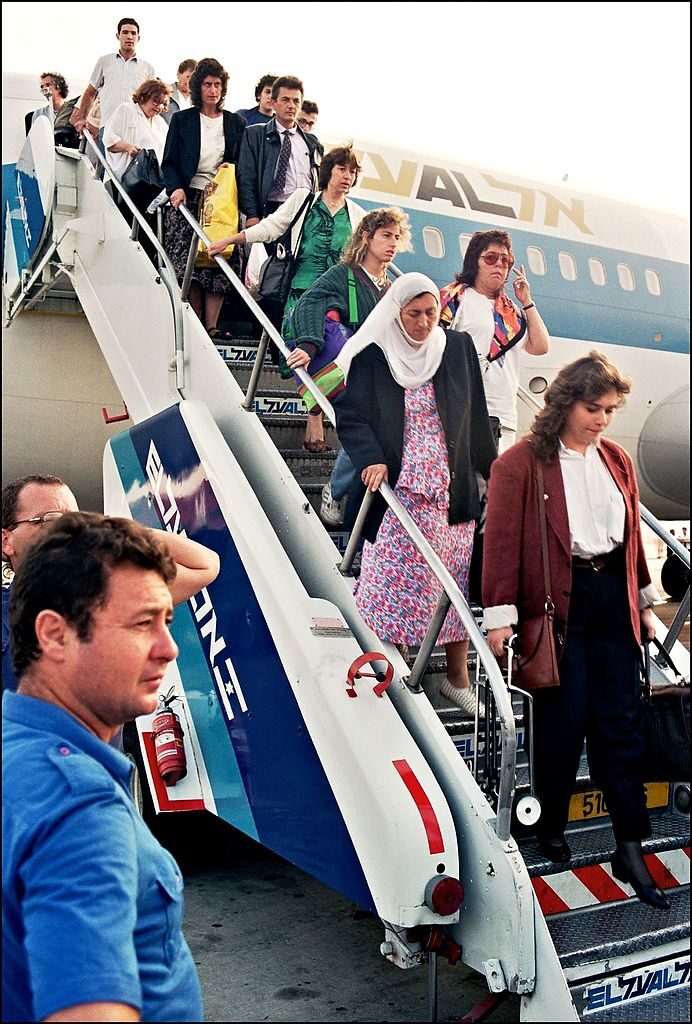 File/Soviet Jews on the El-Al flight carrying immigrants from Moscow disembark at the Ben-Gurion airport 20 August 1991. The large numbers of emigrants from the Soviet Union increased Israel’s population by nearly 10 % in 3 years (between 1989-92). (SVEN NACKSTRAND/AFP via Getty Images)

“It behooves us to remember that Israel knew how to fight for immigration even when the Jewish Agency and all Israeli diplomats were barred from Soviet Russia, just as it knew how to defend its security interests successfully even when all the best Soviet weapons were delivered not to us but to our enemies,” he said.

The Jewish Agency, which was established two decades prior to the creation of the state of Israel in 1948, helped close to a million Russian Jews come to Israel in the years before and after the fall of the Iron Curtain.

As an ally of both Russia and Ukraine, Israel has been cautious about taking sides in the war. Russia has heavy military presence in Syria and controls its skies and as such, Jerusalem coordinates all military strikes on Iranian targets in Syria with Moscow. However, Lapid, as foreign minister, always took a much more hard line approach to Russia than his predecessor, former prime minister Naftali Bennett.