The advanced diesel-electric submarines, produced by German manufacturer Thyssenkrupp, will be delivered within nine years, the ministry said.

Israeli Defense Minister Benny Gantz said the deal “will upgrade the capabilities of the Israeli Navy, and will contribute to Israel’s security superiority in the region.”

Some of the cost of the ships will be covered by the German government, the ministry said. 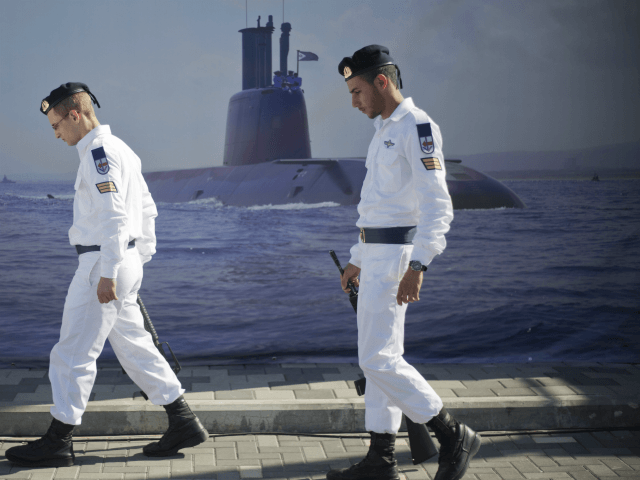 Israeli naval soldiers honor guard walks past a poster of a submarine as they wait for the arrival of a new navy submarine “Rahav” in the military port in Haifa, Israel, Tuesday, Jan. 12, 2016. The vessel, which was built in Germany, reached Israel Tuesday. (AP Photo/Ariel Schalit)

The deal comes days before the Israeli Cabinet is set to vote on establishing a governmental commission to investigate the acquisition of submarines and other warships from Thyssenkrupp between 2009 and 2016, under then-Prime Minister Benjamin Netanyahu, the Associated Press reported.

The newly acquired submarines are not directly associated to that incident, known as Case 3000 or the “submarine affair.”

Netanyahu was not named as a suspect in the bribery, but is standing trial in three other corruption cases, but is said to be close to signing a plea deal.