The gunman who held worshipers hostage at Congregation Beth Israel in Colleyville, Texas, was “not specifically” targeting the Jewish community, the Special Agent in charge of FBI Dallas claimed shortly after the attack, prompting incredulity from critics in light of “Lady Al-Qaeda’s” vociferous antisemitic rhetoric.

“We do believe from our engagement with this subject that he was singularly focused on one issue, and it was not specifically related to the Jewish community,” Special Agent Matthew Desarno said of the now-deceased suspect.

“But we are continuing to work to find [the] motive,” he added.

FBI: “We do believe from our engagement with this subject that he was singularly focused on one issue & it was not specifically related to the Jewish community.” Guy took a synagogue hostage on Sabbath to free the nearby notoriously anti-Semitic terrorist.pic.twitter.com/NCXqBxWyhn

The suspect, since identified as UK citizen Malik Faisal Akram (pictured, top), was heard at the synagogue on Facebook live demanding the release of Aafia Siddiqui, a Pakistani national who is serving an 86-year sentence for the attempted killing of U.S. military personnel. Siddiqui is a raving antisemite, according to the Jerusalem Post, and she blamed the Jews for 9/11.

Siddiqui dismissed her legal defense team because she said the lawyers were Jewish, and she demanded that jurors in the trial take DNA tests to make sure they were not Israeli or Zionists, in order “to be fair.”

She also wrote a letter to then-president Barack Obama telling him that Jews “have always back-stabbed everyone who has taken pity on them and made the ‘fatal’ error of giving them shelter.”

“It is this cruel, ungrateful back-stabbing of the Jews that has caused them to be mercilessly expelled from wherever they gain strength. This is why ‘holocausts’ keep happening to them repeatedly! If they would only learn to be grateful and change their behavior!!” Siddiqui wrote.

After her conviction, Siddiqui said: “This is a verdict coming from Israel and not from America. That’s where the anger belongs.”

The report went onto say that the likelihood of Akram demanding Siddiqui’s release while being unaware of her anti-Jewish views is slim.

The report also noted the unlikely scenario in which a would-be attacker would “randomly” pick a synagogue to pull of a hostage situation and without knowing that Saturday morning would be when Jewish worshipers gathered there to pray.

According to the Jerusalem Post, one of the organizations that has been calling for Siddiqui’s release in recent weeks is the Council on American-Islamic Relations (CAIR).

Seriously @guardian? Why the f*ck is hostage in quotations? #Colleyville pic.twitter.com/lRhCecu2b9

In November, CAIR San Francisco executive director Zahra Billoo warned Muslims to “know your enemies” and to be aware of the “polite Zionists” hiding among Americans.

The head of the movement for Reform Judaism, Rabbi Rick Jacobs, also slammed the FBI’s characterization of the event as random, saying that Desarno’s comments “conveys a completely wrong sense of what yesterday was all about.” 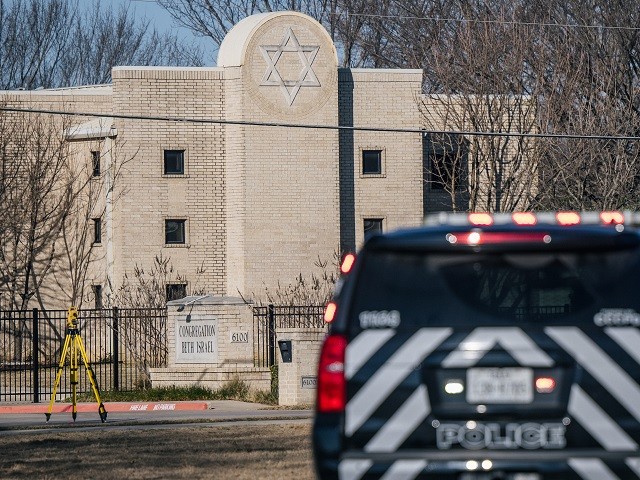 “There’s no doubt that the underlying whole premise of yesterday was antisemitism,” Jacobs told MSNBC.

“The hostage-taker didn’t go to McDonald’s, didn’t go to some random place, and that is part of the story of antisemitism, to single Jews out.”

“I don’t know one Jewish person who’s in the dark about [the] antisemitic attack,” Jacobs continued.

“Obviously it’s important to know what we’re discovering about the hostage-taker, but the truth is, on a Sabbath morning, a community gathered in prayer… somebody come in bent on harm. That is hardly something we would call just an incidental detail. That is a focal point.”