Iran assured international fliers Tuesday its skies are “safer than any other time for domestic and foreign flights” as Iran Army Commander Major General Abdolrahim Mousavi sought to absolve the Islamic regime’s leadership from fault over the downing of a Ukrainian airliner last week.

Mousavi’s guarantee of absolute safety for commercial and miltary fliers was delivered via the official Farns News Agency.

“Commander-in-chief of the Armed Forces (Iran’s Supreme Leader Ayatollah Seyed Ali Khamenei) has called for coordination between the Islamic Revolution Guards Corps (IRGC) and other Armed Forces of the country to ensure accuracy of the air defense system,” Major General Mousavi said.

An earlier statement said an “expert investigation” by the Iranian military claimed the shootdown of Ukraine International Airlines Flight PS752 came after it was wrongly identified, “as a hostile flying object that was approaching a sensitive center” and this was due to low-level “human error” that had nothing to do with the country’s senior leadership.

Ultimately, Iran is in no doubt the U.S. is entirely to blame for the incident. 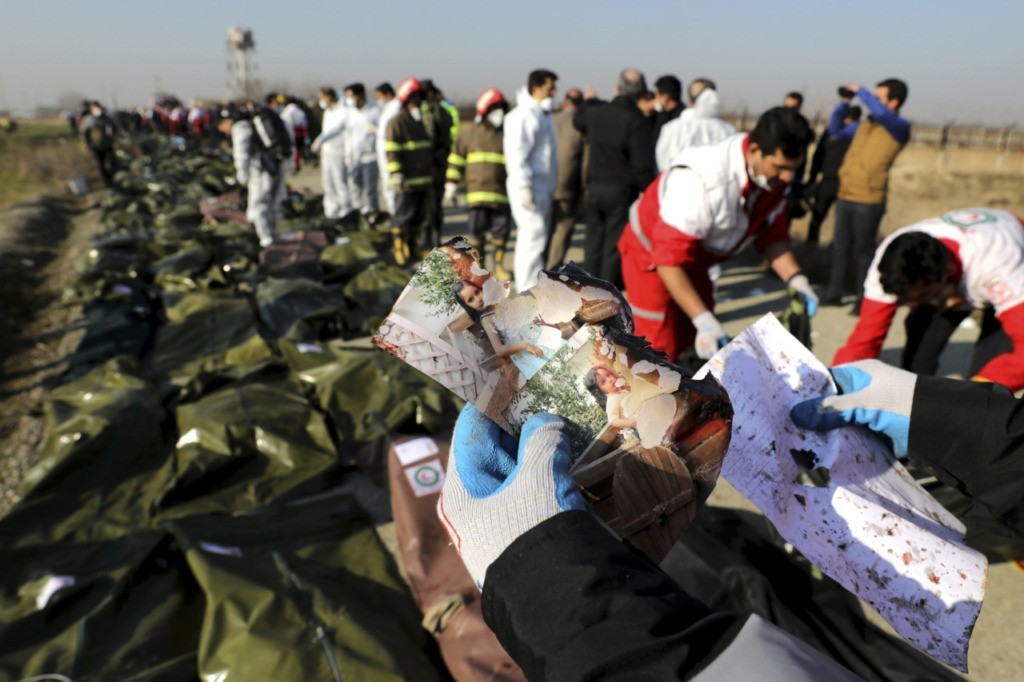 A rescue worker shows pictures of a girl recovered from a Ukrainian plane crash site in Shahedshahr, southwest of the capital Tehran, Iran. Iran on Friday denied Western allegations that one of its own missiles downed a Ukrainian jetliner that crashed outside Tehran, and called on the U.S. and Canada to share any information they have on the crash. (AP Photo/Ebrahim Noroozi)

“Following threats by the criminal U.S. president and military commanders to strike a large number of targets on the Islamic Republic of Iran’s territory in case of an Iranian attack and due to the unprecedented aerial movements in the region, the Islamic Republic of Iran’s Armed Forces were on highest levels of alert to respond to any possible threats,” the statement said.

“In the early hours after the missile attack, military flights of the U.S. terrorist forces increased around the country and defense units received some reports about flying objects that were moving towards the country’s strategic centers as several targets appeared on radar screens which made the air defense units more sensitive,” it added.

The official “all clear” for Iran’s skies came as the first arrests were made relating to the incident, as Breitbart News reported.

No specifics were offered on the number of those held, their charges or identities, adding to the sense of official obfuscation that has enveloped the incident since day one.

Even before one witness statement has been taken or any of those accused have been asked to offer a plea, President Hassan Rouhani has already said the blame for the tragedy nevertheless, “goes back to America.”