A U.S. Navy pilot was killed Friday when an F/A-18E Super Hornet jet crashed in the Mojave Desert near Trona, California, officials announced.

The incident occurred around 2:30 p.m. local time. The Super Hornet involved was based at the Naval Air Station in Lemoore, located some 33 miles south of Fresno, officials said in a press release. The pilot’s identity is being withheld “until 24 hours after the next of kin have been notified.”

No civilians were killed or injured due to the crash, and Naval Security Forces, as well as federal firefighters from Naval Air Weapons Station China Lake, responded to the scene. Trona is some 25 miles northeast of the base.

No further details were provided.

An F-35C Lightning II aircraft sank to the bottom of the South China Sea in January after it crashed on the flight deck of the USS Carl Vinson and careened into the water, Breitbart News reported. The pilot ejected upon impact and was injured along with six sailors. In March, the Navy announced it had recovered the F-35C Lightning from an approximate depth of 12,400 feet. 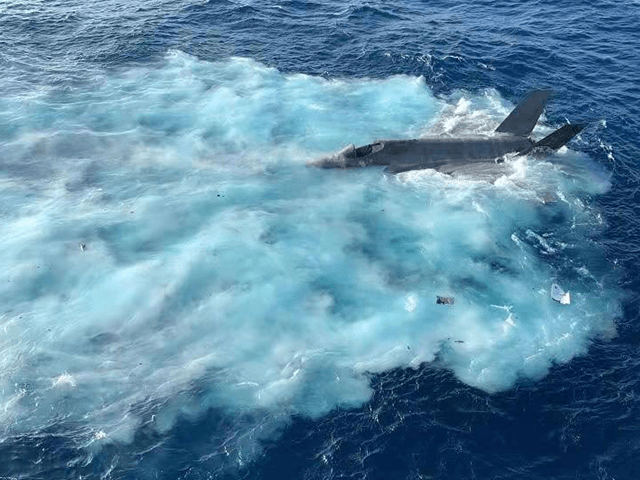