The film, about Cuban exile and Castro daughter Alina Fernández, will reportedly be directed by filmmaker Miguel Bardem – cousin of actor Javier Bardem and son of director and prominent communist Juan Antonio Bardem. The screenplay, according to Deadline, will be written by José Rivera, who penned the script for the revisionist film The Motorcycle Diaries about Castro henchman and mass murderer Ernesto “Che” Guevara. 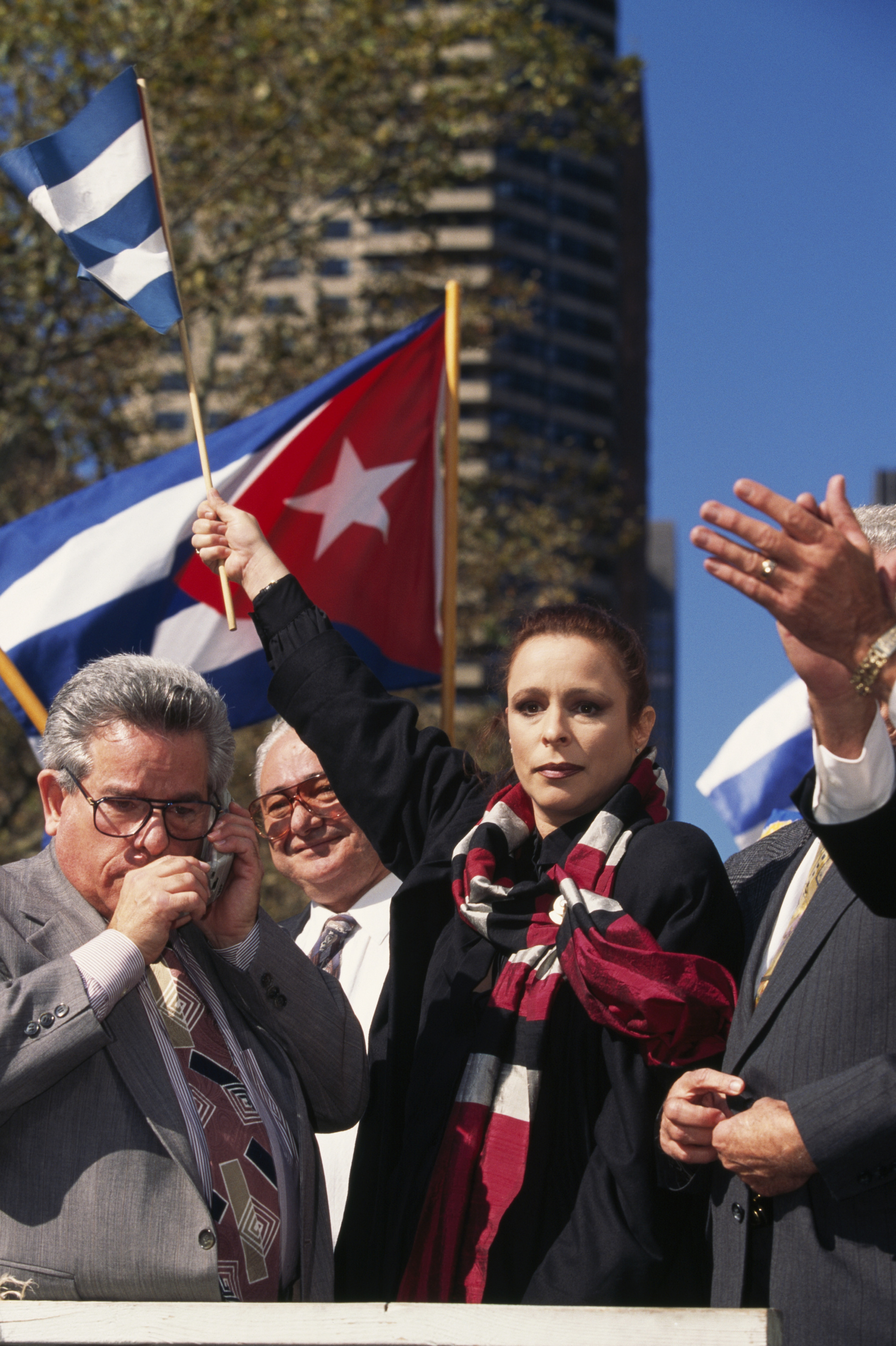 Despite this, creative producer John Martinez O’Felan appeared to indicate to Deadline that Fernández was at least in part involved in the production and that her blessing was necessary before signing on an actor to play her criminal father.

“Finding and convincing James Franco to play Castro, was a fun and challenging process and has been the collaborative work of the universe,” the magazine quoted O’Felan as saying, “because our director’s original order was to find an actor who holds a close physical resemblance to the real Castro to build from, along with finding someone Alina Fernandez would strongly endorse.”

O’Felan explained that finding someone with a background similar to “Fidel Castro’s ancient Galician heraldry” led them to Franco, who is in part of Portuguese background. Galicia is the region of Spain that borders Portugal from the north.

“James, by far, had the closest facial likeness of our Industry’s leading actors,” O’Felan said, “meaning that the focus would be to build out his character accent and we’d have a stunning on-screen match to intrigue audiences and bring the story to life with true visual integrity.”

Franco’s heritage has become the source of minor controversy on the left from sone who consider him insufficiently “Latinx” to play Fidel Castro, the scion of wealthy white plantation owners. Others have complained that Franco faced sexual misconduct allegations, a reality that does not necessarily make him a bad fit for playing a man who fathered between seven and 11 known children and allegedly befriended child sex trafficker Jeffrey Epstein. 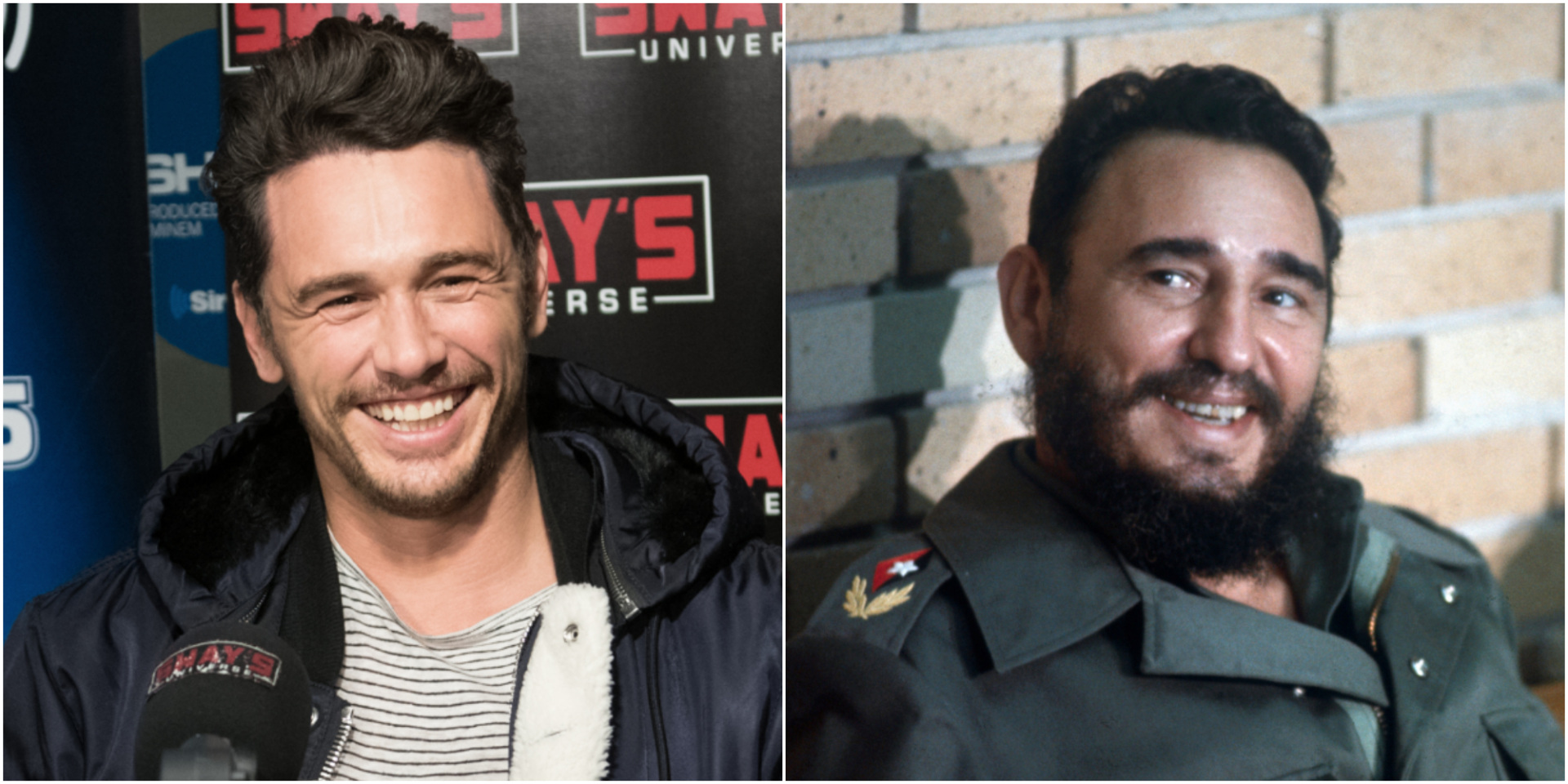 Fidel Castro is one of modern history’s most repressive leaders, ruling Cuba with an iron fist from 1959 to 2016, when the Communist Party announced his death. The most recent estimates, about a decade before his death, placed Castro’s personal net work around $900 million – the product of plundering what was, prior to his ascent to power, the wealthiest country in Latin America. Fidel Castro never won an election in his life, seizing power in January 1959 after then-leader Fulgencio Batista fled the country.

Castro was the son of a wealthy, white plantation owner of Spanish descent based in eastern Santiago de Cuba, traditionally one of the poorest regions of the country, about 475 miles from Havana. Once in power, Castro ensured to ensconce his family and the white communist elite in power, leaving his brother and executioner, Raúl, in power after his death. Various Castro children, in-laws, and grandchildren currently occupy the country’s top positions; their children, in turn, flaunt their luxurious lives on social media.

Alina of Cuba will tell the story of Fernández, one of Castro’s many illegitimate children who chose to publicly oppose her dictator father and ultimately flee the country, joining the greater Cuban exile community. Castro was present in Fernández’s childhood only as a political leader and she found out that he was her father at age ten.

Fernández was arrested in Cuba on multiple occasions for trying to escape before making it into Spain in 1993. Once in exile, Fernández became a prominent political critic of the regime and identified with the exile community over her blood relations. Describing her relationship with the dictator in a 2006 interview, Fernandez said, “I’m not the one who has to forgive him.”

“I am one of many Cuban women forced to live in exile because of what Fidel Castro has done to our country,” she asserted. “He will have to settle his debts with history.”