The City of San Francisco, California, declared a public health emergency Thursday over the Monkeypox outbreak as cases of the viral disease continue to rise in the U.S.

San Francisco Mayor London Breed (D) announced that the measure will take effect on August 1. To date, there are at least 260 confirmed monkeypox cases in the city.

“San Francisco is declaring a Local Public Health Emergency for monkeypox. This declaration will go into effect starting August 1 and will allow us to prepare and dedicate resources to prevent the spread,” San Francisco Mayor London Breed (D) said. “This virus impacts everyone, but our LGBTQ community is seeing significant cases and we need action; we need more vaccines.”

This virus impacts everyone, but our LGBTQ community is seeing significant cases and we need action, we need more vaccines.
Learn more here: https://t.co/AAhJM3Xerf

The move follows the World Health Organization declaring that the global spread of Monkeypox is an international health emergency. The United States leads the world in cases, according to data via the Centers for Disease Control and Prevention (CDC). 3,500 cases have been confirmed in the U.S.

Rep. Adam Schiff (D-CA) is among a handful of Democrats who have expressed frustration over the lack of Monkeypox vaccines.

“I don’t know why there aren’t more vaccines available,” Schiff told CBS’s Face the Nation on Sunday. “I’m hearing from health care providers in my district that there are people lining up to get vaccinated, and they don’t have the vaccines for them, and that is a real problem. As I think you indicated, we really don’t know the future course of this virus. But what we do now, early on, just as was the case with the pandemic, will determine just how bad this may get.” 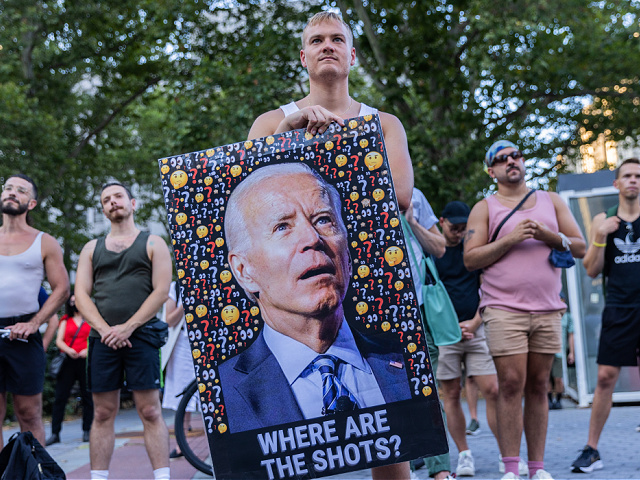 People protest during a rally calling for more government action to combat the spread of monkeypox at Foley Square on July 21, 2022, in New York City. At least 267 New Yorkers have tested positive for monkeypox, a virus similar to smallpox, but with milder symptoms. (Photo by Jeenah Moon/Getty Images)

“I want to light a fire under the administration and get them to make sure that we up production, that we up distribution and that people that are ready and willing and able to get vaccinated have the ability to protect themselves,” the lawmaker added.