If Utah was a “truly civilized” state, the governor would have deployed the National Guard to ensure those without proof of vaccination would be barred from going anywhere, the Salt Lake Tribune Editorial Board wrote Saturday.

Were Utah a truly civilized place, the governor’s next move would be to find a way to mandate the kind of mass vaccination campaign we should have launched a year ago, going as far as to deploy the National Guard to ensure that people without proof of vaccination would not be allowed, well, anywhere. But it may be too late for that, politically and medically.

“In the meantime, get vaccinated. If you are sick, stay home. And let your elected officials at all levels know that you expected them to lead us out of this mess, not stand by and meekly express concern,” the piece continued.

The board also claimed there was “lots of blame to go around”:

Gov. Spencer Cox and the new state epidemiologist, Dr. Leisha Nolen, let it officially be known Friday morning that there are so few tests available in the state, and so many people who reasonably fear that they have contracted the coronavirus, that anyone who is feeling the kind of symptoms associated with the disease should just assume they are infected and stay home.

However, elderly people and individuals with underlying conditions were still encouraged to be tested.

The board also said President Joe Biden attempted to “pull a couple of useful levers by ordering vaccine mandates for health care workers and vaccine-or-test rules for workplaces of more than 100 employees.”

But the Supreme Court recently dealt a huge blow to Biden’s coronavirus policy, striking down the vaccine mandate on employers yet upholding a smaller mandate on healthcare workers.

The board then criticized the president, stating, “Not that Biden is blameless in all this.”

“Seeing the obvious reluctance of so many people to get, or to require, vaccinations has only now moved him to push to make tests and the most effective kind of masks available to everyone. It’s the right thing to do, but months late,” the article read. 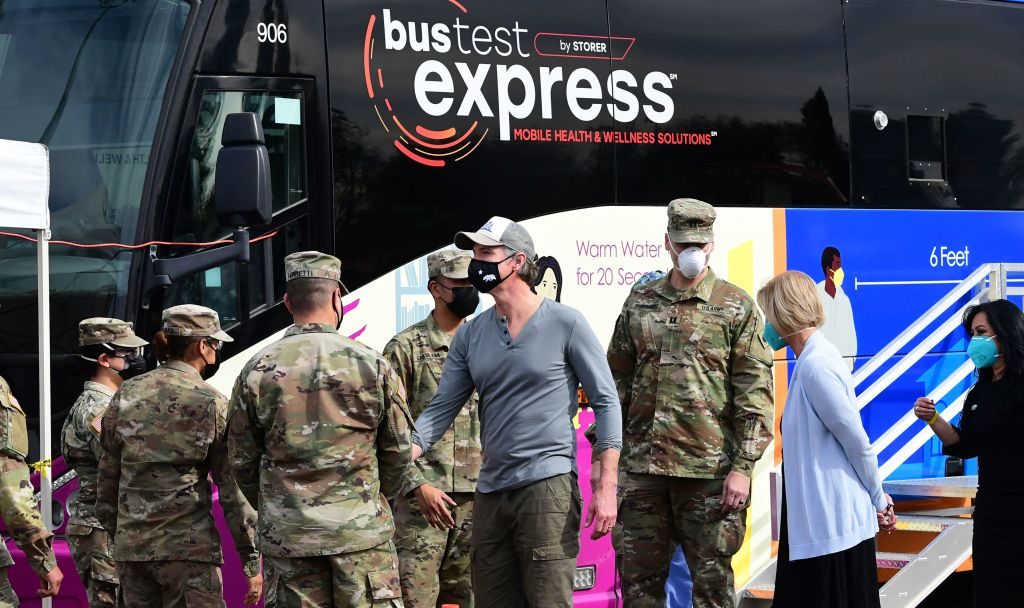 “While HHS acknowledged it has not shipped 50 million tests, Biden promised to have enough testing kits available for all Americans. Yet after the omicron variant reached the nation’s shores, Americans found testing kits in short supply,” the outlet said.

In addition, millions of Americans were being slapped with mandates to receive one of three approved vaccines for the coronavirus, but recent data showed thousands of illegal aliens were refusing the shot.

“While Biden and elected Democrats have continued to impose vaccine mandates on American citizens, they have routinely exempted illegal aliens from such requirements,” Breitbart News reported.

In a social media post on Saturday, Utah Lieutenant Gov. Deidre Henderson said the truth was the omicron variant was “out of control everywhere.”

“Even in places with mask and vaccine mandates,” she wrote:

The truth is Omicron is out of control everywhere. Even in places with mask and vaccine mandates. We always push vaccines, but even vaccinated ppl are catching it. It’s easy to take shots from the cheap seats but this is the sort of nonsense that makes editorial boards irrelevant pic.twitter.com/Zladdqnulc

“We always push vaccines, but even vaccinated ppl are catching it. It’s easy to take shots from the cheap seats but this is the sort of nonsense that makes editorial boards irrelevant,” she concluded.