ROME, Italy — The colonization of the Americas by the British, French, Spanish, and Portuguese constituted “genocide,” Pope Francis told reporters during his flight back from Canada on Friday.

During his in-flight presser, a journalist from the Canadian Press told the pontiff that the indigenous people who heard his apology for the Church’s participation in the residential school system “lamented the fact that the term genocide was not used,” and pressed the pope to know whether he would use that term and “acknowledge that members of the Church participated in this genocide.”

In response, Francis hastened to insist that he did not intentionally eschew the word “genocide” in describing the historic abuses of the native Canadians 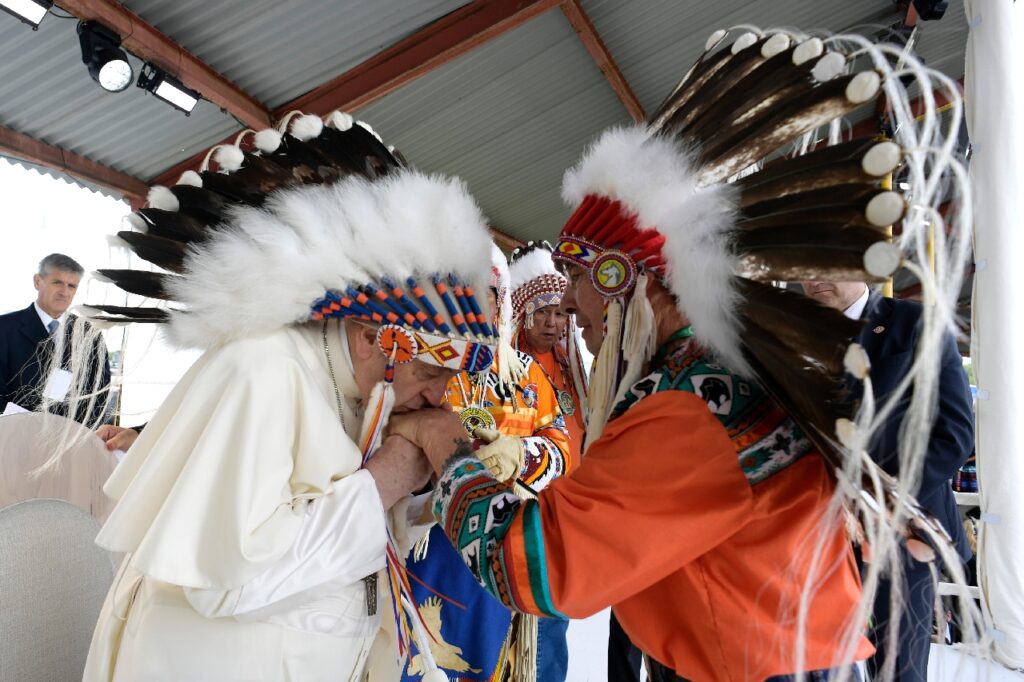 Pope Francis (L), wearing a headdress, kisses the hands of an Indigenous leader at Muskwa Park in Maskwacis, south of Edmonton, western Canada, on July 25, 2022. (AFP)

“Yes, it’s a technical word — genocide — but I didn’t use it because it didn’t come to mind, but I described… It is true, yes, yes, it was genocide. You can all be calm [about this]. You can say that I said that it was genocide,” he replied.

The pope also noted that regarding the colonization of the Americas by “the British, the French, the Spanish, the Portuguese, there has always been a danger, a mentality of ‘we are superior and these indigenous people don’t matter,’ and that is serious.” 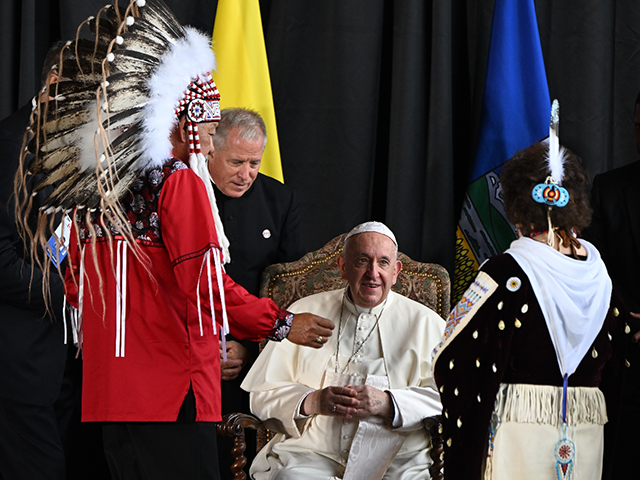 Pope Francis speaks with George Arcand (L), grand chief of the Confederacy of Treaty Six First Nations, and other Indigenous leaders during a welcoming ceremony at Canada’s Edmonton International Airport on July 24, 2022. (AFP)

The problem of all colonialism is that whoever doesn’t enter its path is considered inferior, Francis said, which was applied to the indigenous Americans. “But I want to expand on this. They were considered not only inferior: some somewhat crazy theologian even wondered whether they had a soul.”

“It is true that there were voices that spoke out, like Bartolomeo de las Casas, for example, or Pedro Claver, but they were the minority,” he added. “The consciousness of human equality came slowly.” 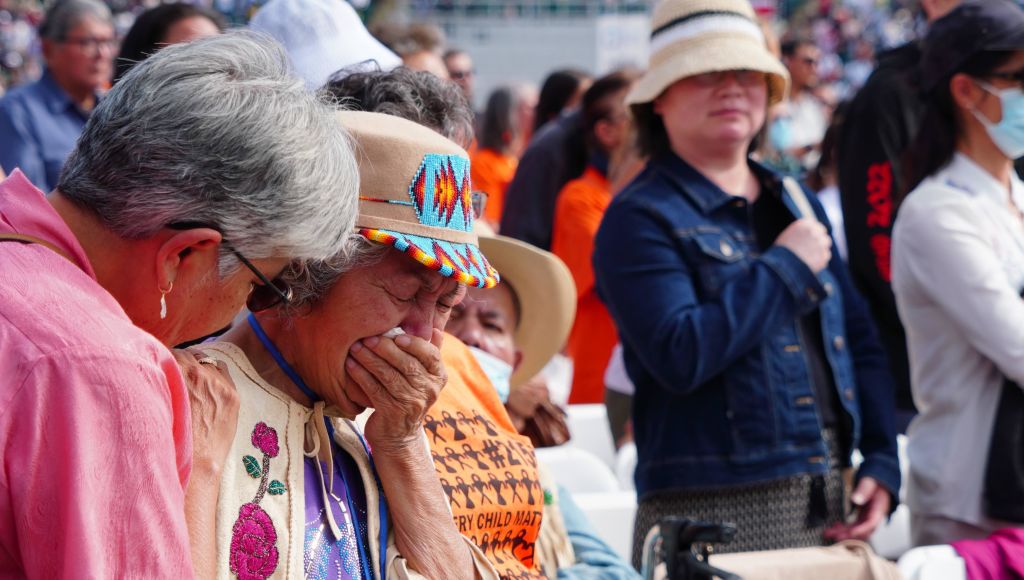 An indigenous woman has an emotional moment as Pope Francis holds open-air mass at Commonwealth Stadium during his visit in Alberta, Canada, on July 26, 2022. (Lincoln Ho/Anadolu Agency via Getty Images)

“And I say consciousness, because in the unconscious there is still something. We have — allow me to say it — a somewhat colonialist attitude of reducing their culture to ours. It is something that comes to us from the developed way of life, our own, because of which we sometimes lose values that they have.”

This, in turn, can stem from an accelerated material development in the first world that loses sight of deeper values, he proposed.